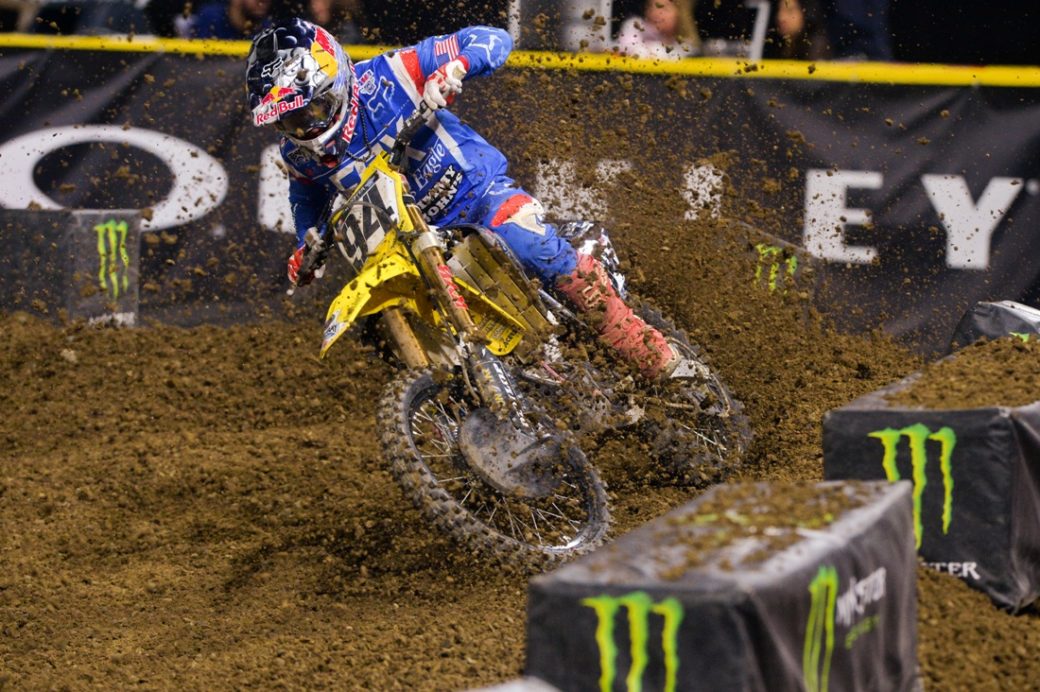 According to a release issued by Suzuki Motor of America, the Soaring Eagle/Jimmy John’s Suzuki and the Yoshimura Factory Suzuki Supercross/Motocross Teams will partner up as one starting in 2017.

The new team will be called RCH/Yoshimura/Suzuki Factory Racing and will focus its attention on the 450SX and 450MX classes. Full details of the merger have not been announced yet.

The release is as follows:

“Suzuki has supported RCH Racing since its inception,” said Carey Hart, co-founder of RCH Racing along with 15-time AMA Champion Ricky Carmichael, “and Yoshimura has been an important factor in our success as well. Having just clinched the 2016 AMA Pro Motocross Championship, we have proven that we can win titles. We are excited to bring our strengths to the new RCH/Yoshimura/Suzuki Factory Racing Team.”

“Everyone at RCH is excited about the opportunity ahead of us and the partnerships we’ve created,” added Carmichael. “RCH always strives to be the best team in the paddock and this relationship positions all parties involved to do exactly that. It all starts with hard work, determination and uncompromised support from Yoshimura and Suzuki. With everyone working together focusing on the same goals, we expect to race for wins and championships for years to come.”

RCH/Yoshimura/Suzuki Factory Racing will be led by Kyle Bentley as team manager. The new team will make its debut at the 2017 AMA Supercross opener on January 7, in Anaheim. Riders will be announced later.

“Yoshimura and Suzuki have been racing partners for more than 40 years, both in the US and in Japan,” said Don Sakakura, president of Yoshimura Racing & Development, “and over the past few years, we have developed a strong relationship with RCH Racing as well. Everyone at Yoshimura is excited to be a part of this new factory effort and we look forward to building an even stronger racing presence.”

This move by SMAI is a continuation of the expansion the company is making in racing.

“Combining RCH and Yoshimura into a single team is part of our goal of strengthening the Suzuki brand in supercross and motocross,” said Kerry Graeber, SMAI’s Vice President of Sales and Marketing. “Simultaneously, we are growing our grass roots programs, developing a new 250 effort, which will be announced shortly, and establishing RCH/Yoshimura/Suzuki as the recognized top rung of the ladder. All of this is being done to increase sales of Suzuki motocross and off-road products.”