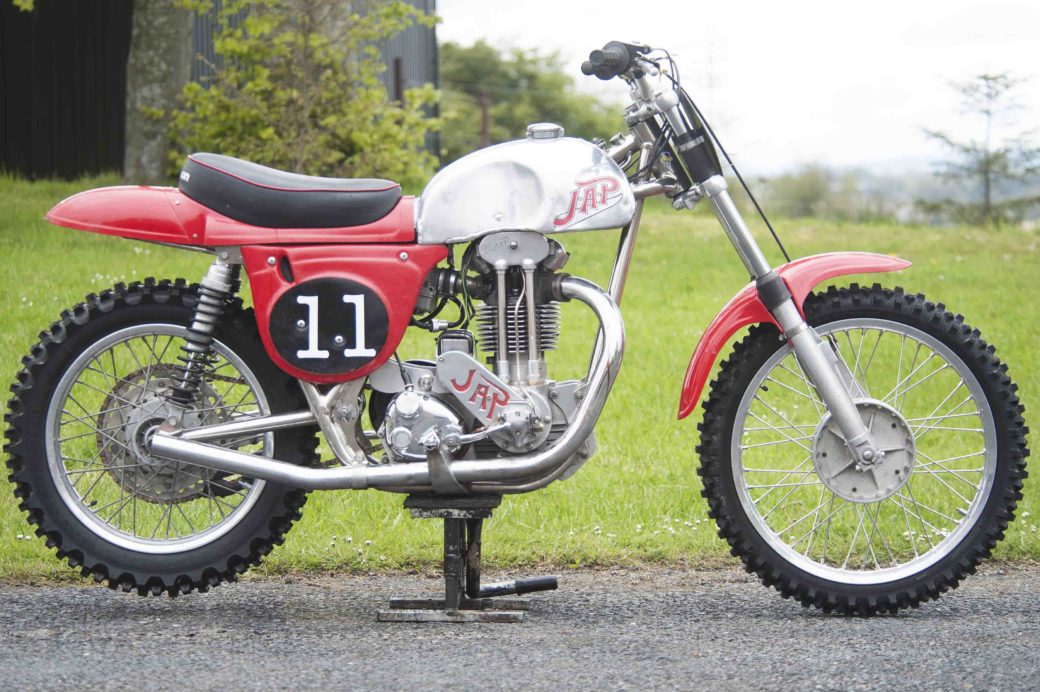 Cecil Pearson is owner of this lovely piece of machinery. Cecil is in his early 70’s and is extremely fit riding his bikes. Cecil is crazy about motocross and in particular JAP motorcycles.

He began racing JAP scramblers in 1963 and was top Irish grasstrack racer until 1968. After a mega break he then came back to racing in 2012 and decided to build his own scrambler. 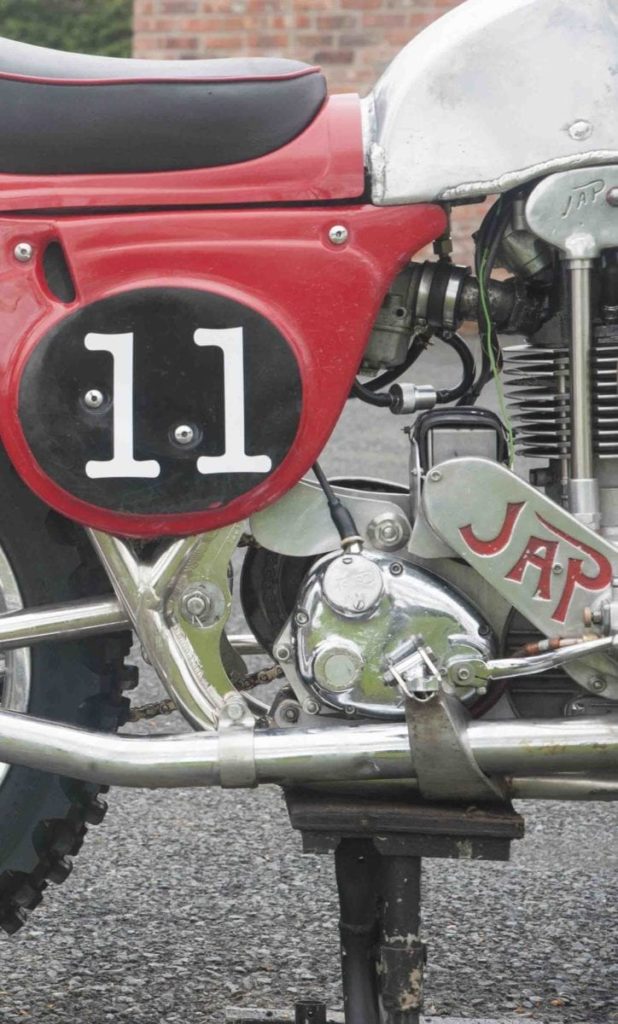 Cecil has JAP engines in his heart, so when he has decided to build his own scrambler his engine choice was obvious, JAP.

He has ordered Metisse frames from Adrian Moss and with some modification they fitted nicely JAP engines coupled with AMC gearbox.

The bike looks and performs fantastic,runs on methanol and weighs in at 125kg. So far Cecil has built five such bikes which run under the banner of the JAP RACING TEAM.