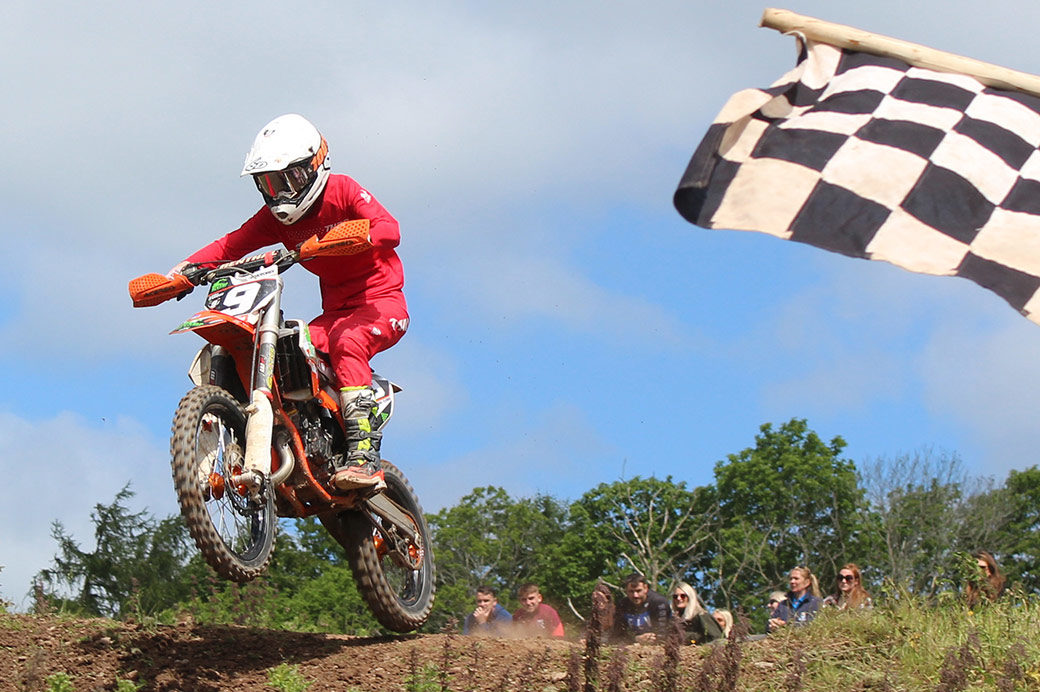 Round four of the BWMA Pro-class was the last round of qualifying to separate the Elite Girls from the National Championship girls and it proved to be a super competitive event. The Shobdon track was well prepared and the weather was perfect, cool and dry.

Qualifying was on a damp track after overnight watering catching a few riders out, but with a determined ride defending champion, Chelsea Gowland managed to put in some smooth laps to take pole position with a three-second advantage over Rheanna Morgan Rogers and championship leader Roma Edwards. South African Amber McGregor got her best qualifying of the season with an outstanding fourth ahead of Caitlin Newman, Izzy Neale and Jaysi Austin. Grace Bates was back in the top 10 in eighth ahead of the Team Green duo of Beanie Reece and Anya Colley rounding out the top 10.

Race one and it was Roma Edwards that powered up the start hill like a freight train to take the Muscle Doctor holeshot, Gowland was down in fifth around the first corner but within a few corners she was up to second and chasing Edwards, both were evenly matched until Gowland overshot a corner to lose ground and settled for second while Edwards took a comfortable win.

Jaysi Austin was briefly in second place but pushed hard to maintain her third place after Gowland made the pass, but a determined Rheanna Morgan-Rogers made the pass three laps in for third. Izzy Neale was next to pile on the pressure but Austin resisted and took the flag just a few seconds between them.

Caitlin Newman was having a great comeback after her accident at round three to mix it with the top five chasing Neale down to the flag with Amber McGregor only a few seconds adrift.

While Gowland tried to hang on to Edwards, Edwards just had the edge each lap and pulled a comfortable lead to the flag. The real battle was for third as Rheanna Morgan-Rogers pressurized Neale to eventually make the move and take the position. Neale tried everything she’d got to make the pass back but Morgan-Rogers rode a mature race defending her line.

Jaysi Austin did her best to join in but was always just a few seconds adrift waiting to pick up the pieces should anything happen. Amber McGregor was again right up there in a comfortable sixth place ahead of Grace Bates.

Race three and again it looked like we were in for a repeat of race one and two as Edwards took her hat trick of holeshots, but trouble was afoot as her Honda started to cut out dropping her down outside the top five. Gowland seized her chance and started to pull a gap from Izzy Neale determined to not let Morgan-Rogers get her this time but Morgan-Rogers fell and dropped back unable to improve on a fifth-place finish as Jaysi Austin cruised home in fourth. 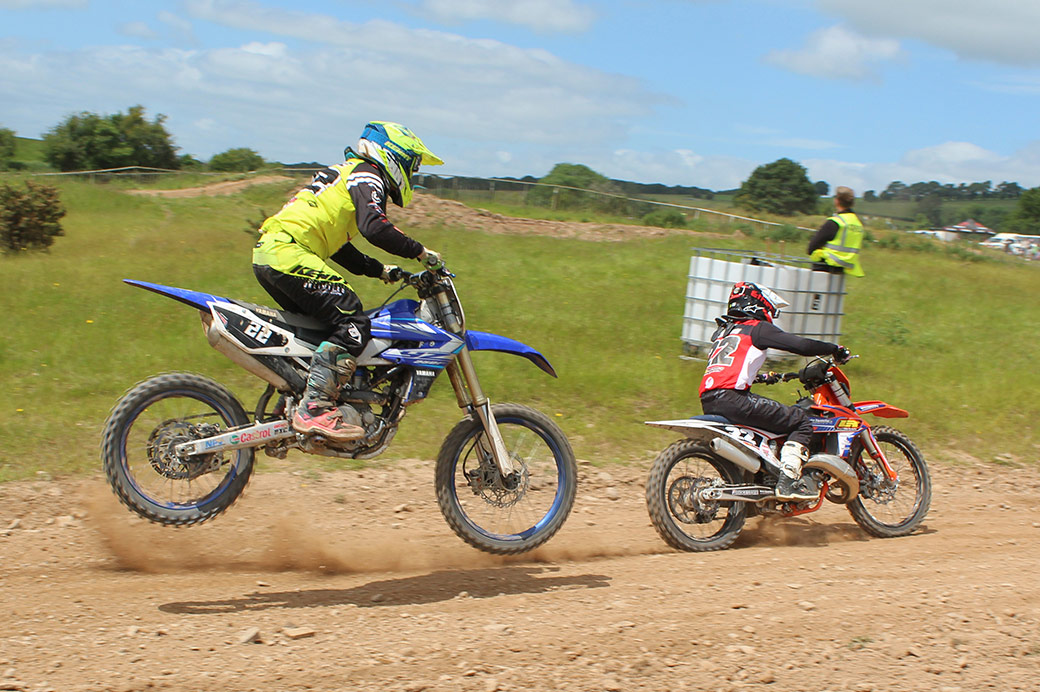 Edwards bike was again playing up but then cleared itself and she was on a charge. Neale was having another great race pushing hard to keep Edwards behind but with two laps to go Edwards hit second and Neale had done enough to secure third.

Gowland in the meantime rode a measured race to comfortably take her second win of the series.

The Youth Girls Championship is always competitive with the top five girls swapping places all the time. So far Hollie Roberts is the most consistent at the front going into round 4 with a healthy lead, but her dad forgot to put the transponder on for qualifying meaning she had last gate pick.

A blistering ride from Leah Rees-Evans gave her pole position just ahead of Northern Irelands Checoby Rainey an ever-improving Erin Howes had her best qualifying of the season with third ahead of Holly Williams and Sophie Jones again with her best qualifying in fifth place.

Race one and it was Holly Williams that took the Muscle Doctor Holeshot blasting out the gate. Erin Howes gave chase, Williams was riding out of her skin to hold on to the lead but a hard-charging Hollie Roberts eventually took the lead and brought home the win.

Leah Rees-Evans had a poor start and fought her way through to second but Roberts by now was gone, Checoby Rainey found her way Howes to bring home fourth with Sophie Jones have the ride of her life to finish in her highest position of the season in fifth.

Race two and again Holly Williams was the holeshot winner with another perfectly timed start, this time though she dropped back under the immediate pressure from Hollie Roberts and Leah Rees-Evans as she was determined to get a race win. But Roberts weathered the pressure of Rees-Evans and held the win.

Checoby Rainey was next to take Williams and managed to extend a gap as she pushed to catch the leading pair settling for third. Behind Williams, Erin Howes had a great race but couldn’t make the pass and settled for fifth.

Race three and it was a hat trick of holeshots for Holly Williams. Hollie Roberts was stuck down the field allowing Leah Rees-Evans to take a well-deserved race win, Roberts made her way through the field to take second place, and Checoby Rainey pushed hard again to try and keep with the top two as she pushed past Holly Williams to finish third.

Williams settled for fourth place ahead of Erin Howes who again had a great race in fifth.