Shaun Simpson is hoping to be back in action very soon (Image: Nuno Laranjeira)

The online rumour mill has been in full flow since Shaun Simpson dislocated his shoulder at the Hawkstone International Motocross on Sunday with an apparent question mark over his fitness for the opening MXGP round in Argentina.

However, the Scot was in an upbeat mood following his crash in the second race and he’s confident that not only will he be behind the start gate at Neuquen on March 3, he should also be racing at the Lacapelle International in France this weekend.

“The crash wasn’t actually that big, it was just the way I crashed,” he said on Sunday afternoon. I’ve known for a while that I’ve had a dodgy shoulder – purely because I’ve dislocated it six or seven times – and the way I landed and the way the bike pulled it, as soon as I got up I knew it was out.

“The first thing that was on my mind was get the bike off the track and get the shoulder back into place. I knew if I could do that within five or 10 minutes I’d stand a good chance of it being okay by maybe Tuesday or Wednesday of this week. As soon as it goes back in it’s fine – it’ll be stiff tonight and tomorrow morning but I’ll be back out on the pushbike tomorrow and I should be racing next weekend in France.”

Simpson’s debut for his new RFX KTM team was positive with two great starts but a late crash cost him the win in race one before his race-two fall while running near the front.

“I feel good but it would have been nice to have three solid motos under my belt today. I felt like I should have won the first one – I just made a stupid mistake and crashed – and the second one was looking good as well. I wouldn’t really say I was pushing too hard – maybe I was taking it too easy – but everything’s going in the right direction and I’m looking forwards to getting a few more races under my belt before Argentina.” 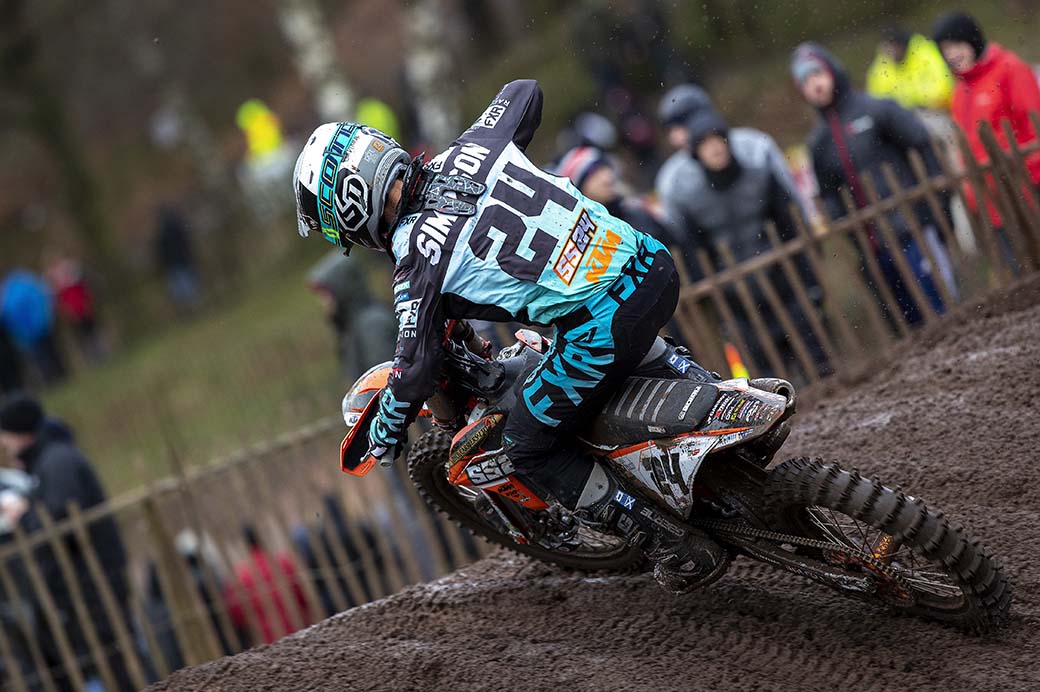 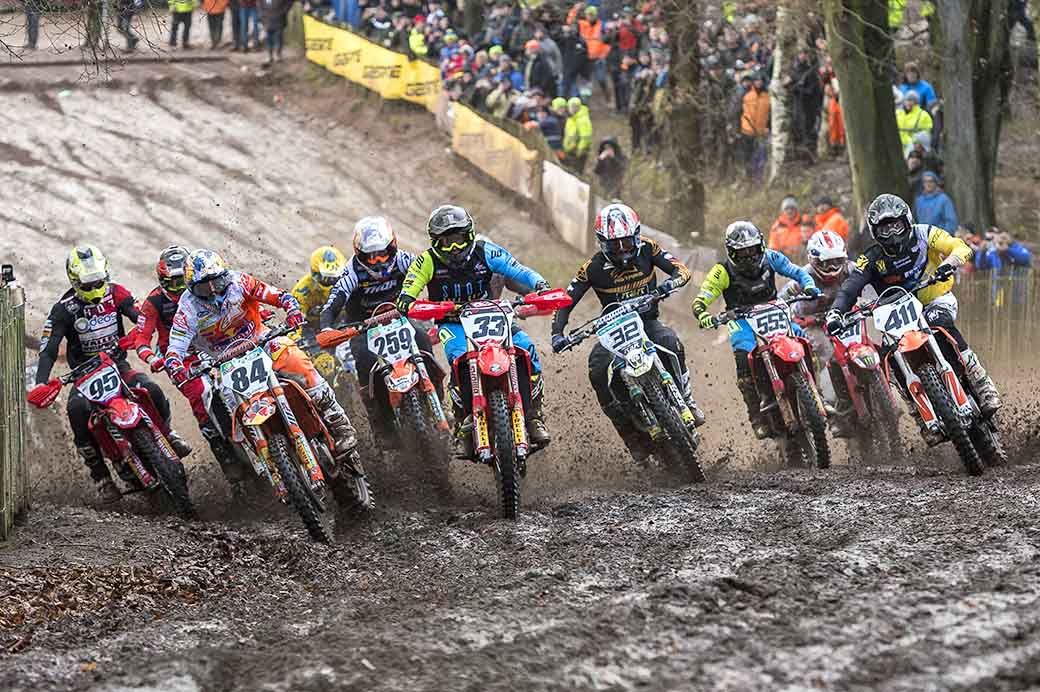 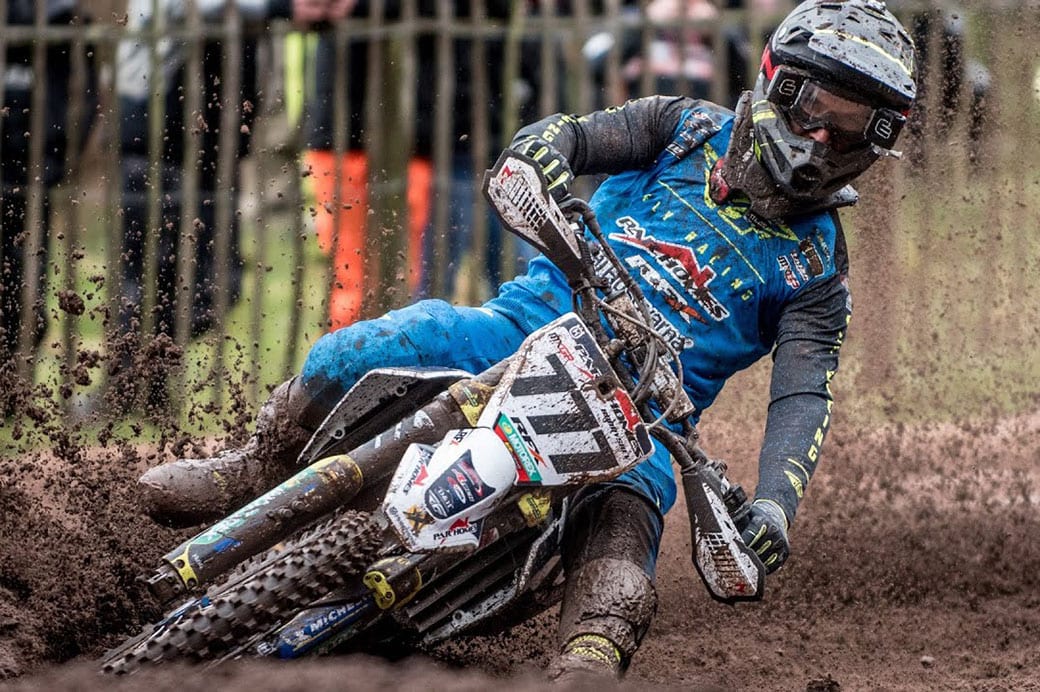 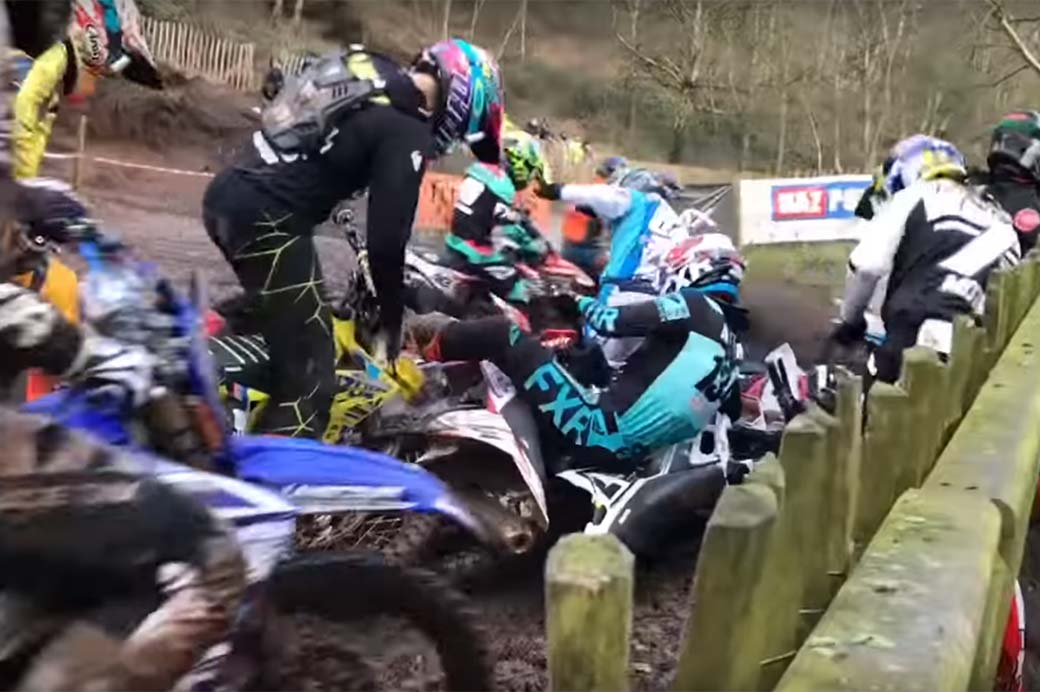 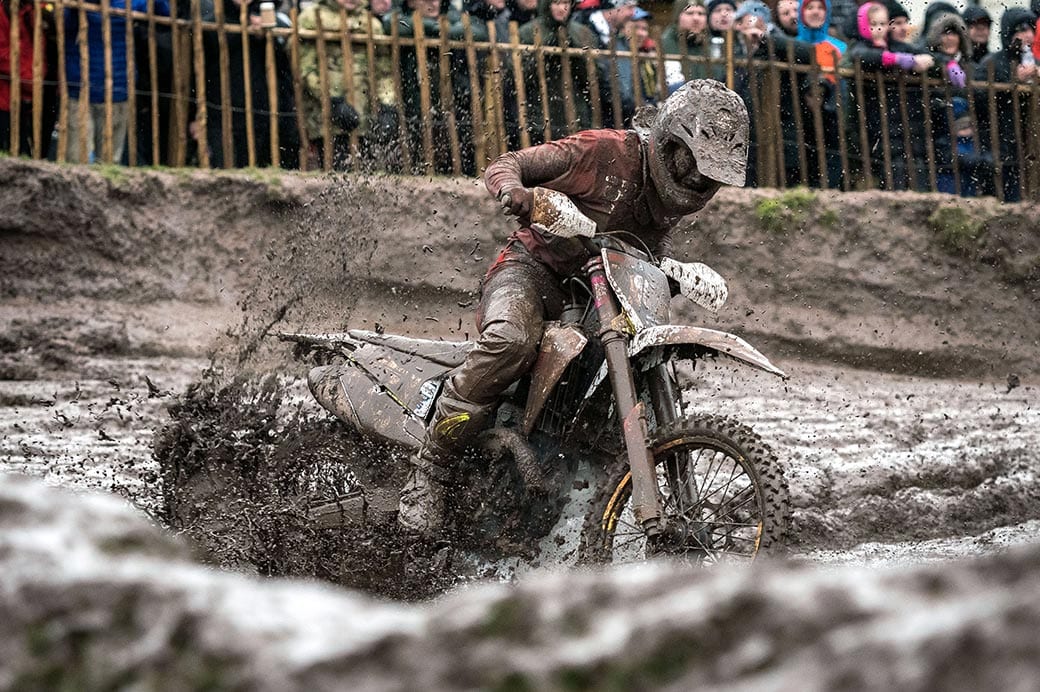 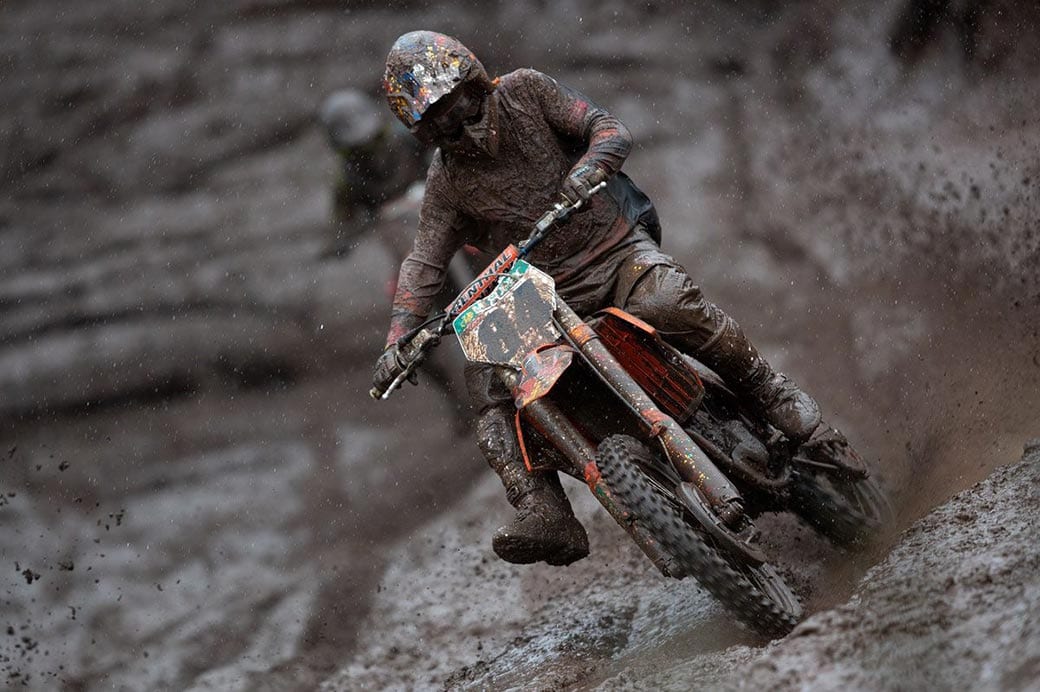 Herlings and Vialle on their wins at sodden Hawkstone International