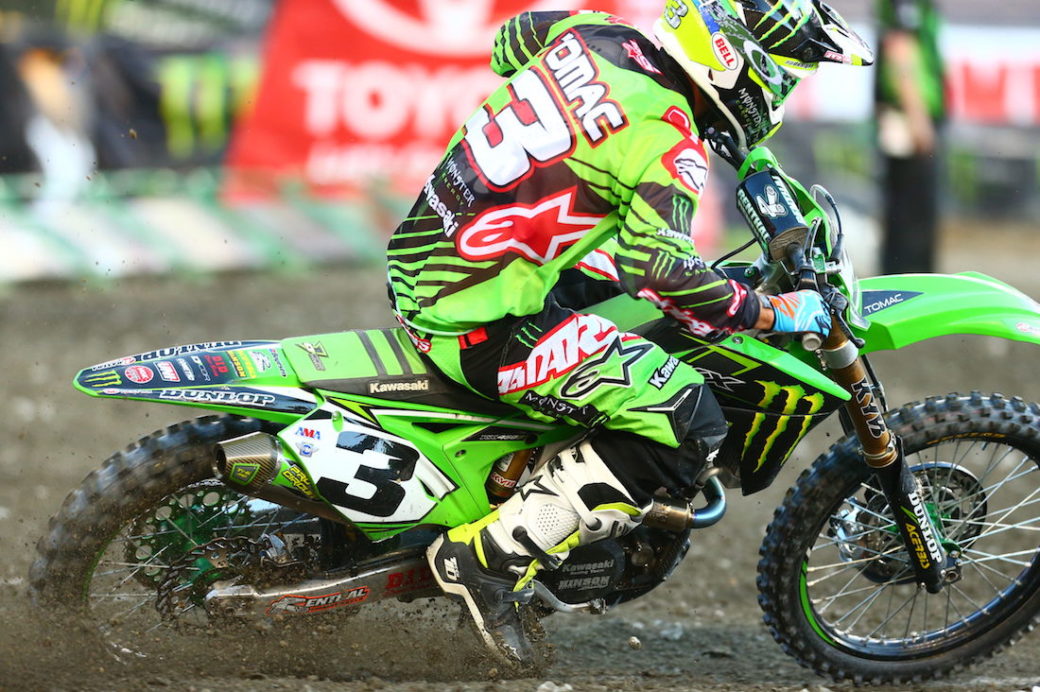 The Monster Energy AMA Supercross, an FIM Championship, made its way to Gillette Stadium in Foxborough, Massachusetts for Round 15 of the 2016 season, and the Monster Energy Kawasaki team of Eli Tomac and Josh Grant arrived ready to perform after a week of hard work at the test track.

In Heat Race twi, Tomac raced his way into a transfer spot by the halfway point, eventually taking the checkers in fourth. In the first semi Grant rode his KX450F to a commanding win, leading from flag to flag.
In the 450 Main Event, Grant carved around the first turn in second with teammate Tomac closely behind. Before the first lap was over Tomac put the No. 3 Kawasaki KX450F in third and sighted in on the front.
On Lap 4 Tomac made a clean, aggressive pass for second and spent the remaining laps putting a gap of over 16 seconds on third place.
Teammate Grant rode through some issues later in the race and would eventually cross the line in 11th.
“This was the first race at Gillette Stadium and I ended it on the podium,” said Tomac. “I rode like myself in the Main Event, made a few good moves in the first couple of laps and got in the mix early. I felt really good on the track and was able to do a few rhythms different than anyone else which really helped early on. After the halfway mark I had to settle in a bit but overall it was a huge improvement and I’m really happy.”