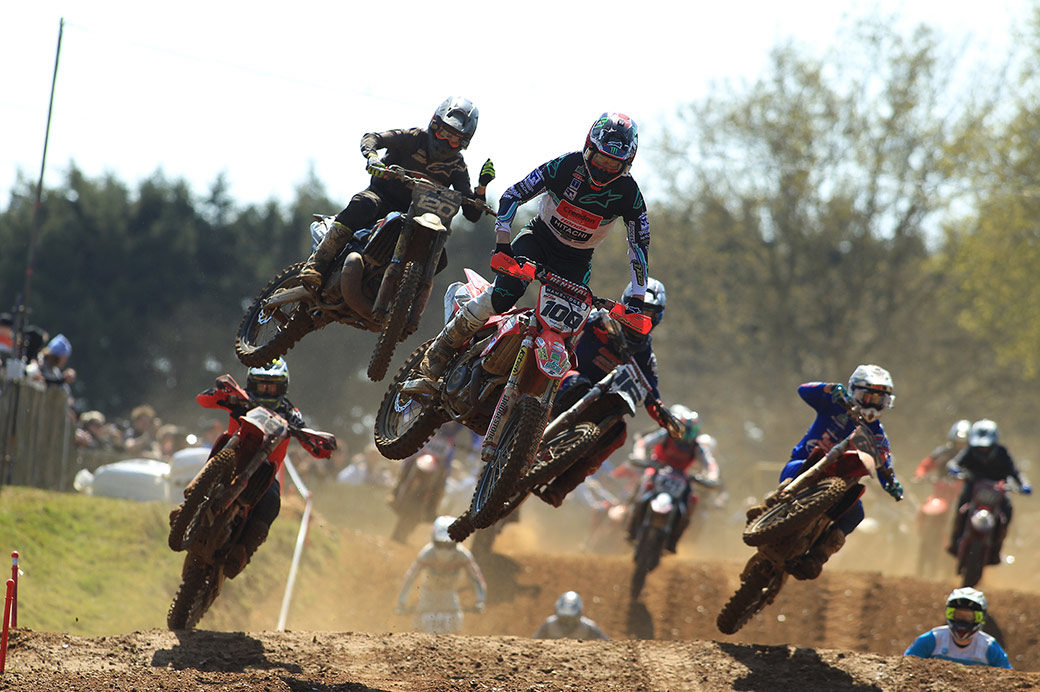 The 15-race programme was helped by the kind sponsorship of GH Motorcycles and GB Finch, and with the event being the first time that the track was run in reverse for nearly 12 years, many riders were looking forward to contesting the new layout, with a good attendance of spectators to cheer them on.

In Group A, there was a handful of national riders contesting alongside the Experts and top Juniors, including current British champion Tommy Searle, along with Blaxhall regulars like Tom Grimshaw, Lewis Tombs and Luke Benstead. Following the morning qualifying session, Searle quickly got to grips with the new layout and posted the fastest lap time, closely followed by Grimshaw. 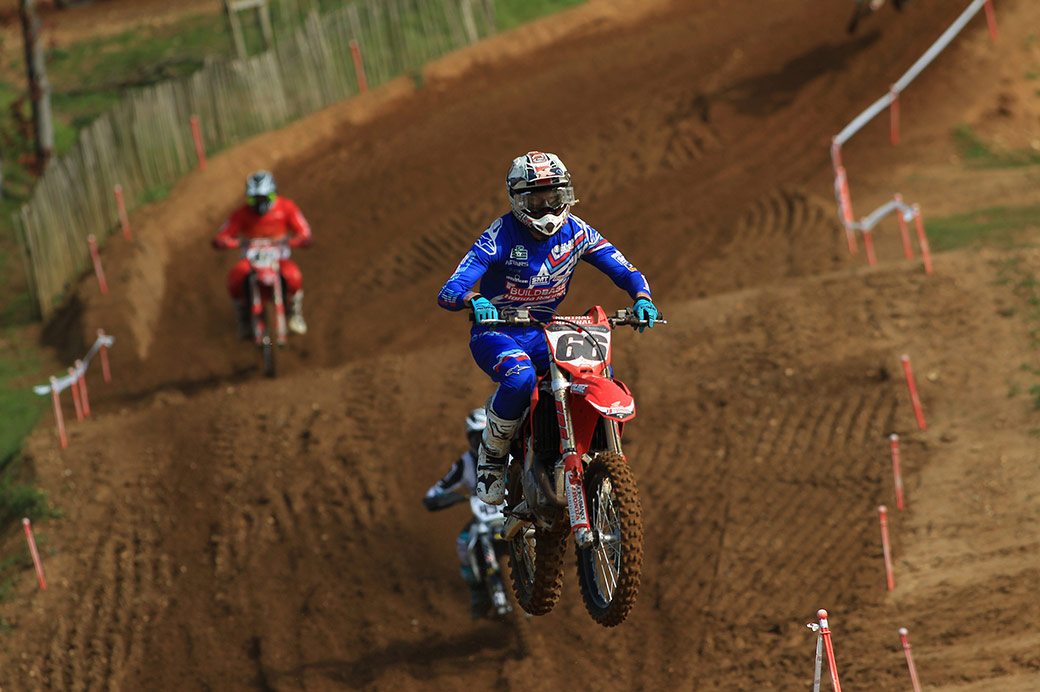 The opening Group A race saw Searle make a great jump out of the gate, Grimshaw was close behind and pushing for the race lead early on. Both riders settled into the race and charged hard as they pulled away from the rest of the pack. But it was Searle who took the race win ahead of Grimshaw, with Benstead claiming third ahead of Tombs and Luke Parker, while Joseph Leeks finished as the top Junior in 14th place. 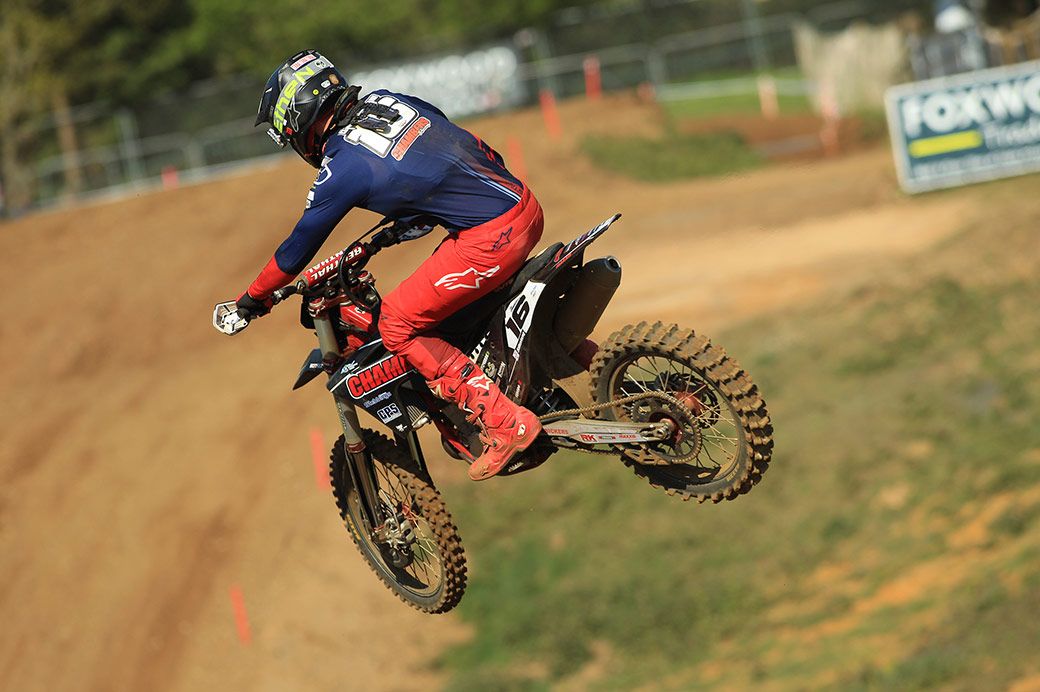 Following the opening race win, Searle once again made another great start with Grimshaw once again in chase. The pair pulled away from the rest of the pack to finish one and two, with Parker third ahead of Tombs and Charlie Cole. Once again it was Leeks who finished as the top Junior in 16th.

The final Group A race saw Searle spin out of the gate, and Grimshaw greasing the start for an early race lead. Unfortunately, Grimshaw slipped off on the second lap, allowing Searle to take over the race lead. Grimshaw remounted in sixth place but was soon picking off the riders ahead to recover back to second by mid-race and that’s where he had to settle at the chequers, with Benstead taking another third place. Calum Mitchell was fourth and Tombs rounded out the top five. This time it was national youth rider Jacob Randall who finished as the top Junior. 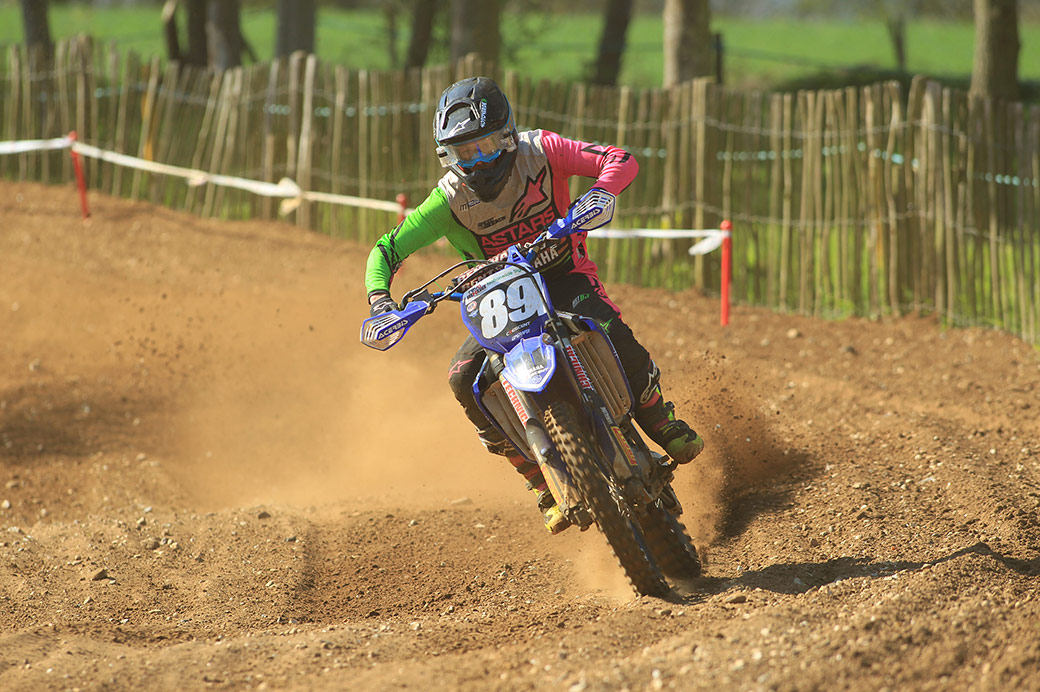 Alongside the event was the second round of the NGR Championship, where series leader Tim Clark was looking to extend his championship lead. In the opening moto, it was Lee Powell who took the race win ahead of Paul Bennett in second and Clark in third, with Peter Hook in fourth and John Hinz in fifth.

In the second NGR race, it was Sean Wright who rode well to claim the race win ahead of Bennett who once again took second ahead of Hinz in third. Fourth and fifth place in the race went to Clark and Robert Baldry. 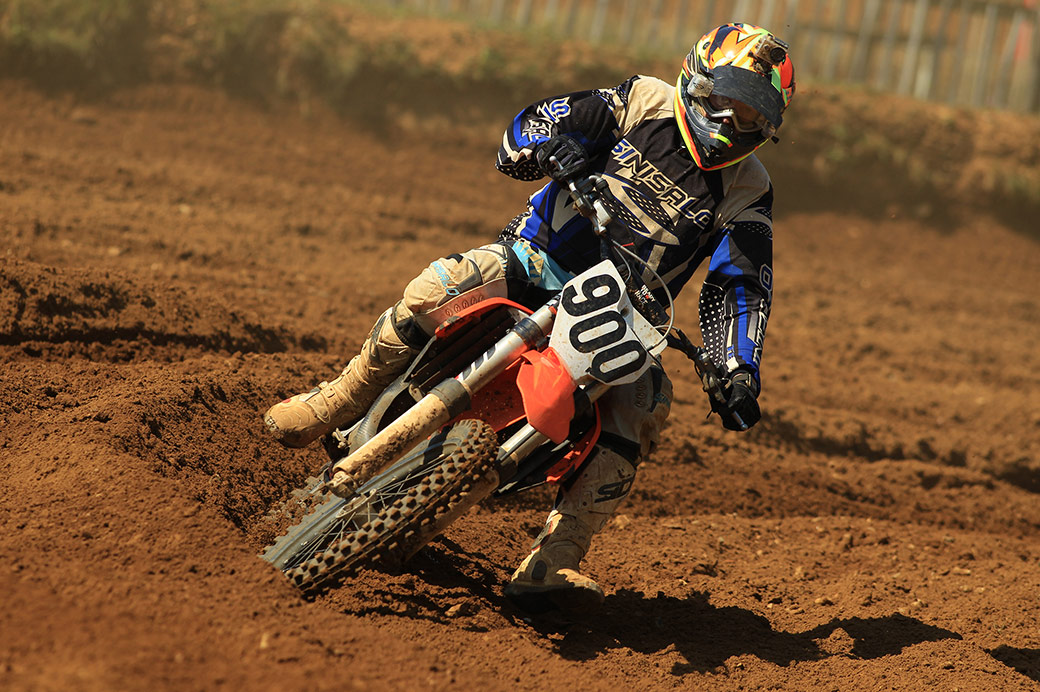 The final NGR race of the day saw Wright once again take the race win ahead of Bennett making it three second-place finishes to secure the overall win. Hook claimed third in the moto ahead of Clark in fourth and Mark Goodson in fifth.

In the Group B races, it was Cullen Hawkins who took the opening race win, while Joseph Hall took the other two moto wins to claim the overall victory ahead of Hawkins, with Carl Miller in third overall. Fourth overall went to Mark Hunt ahead of Simon Daniels.

Group C was dominated by James Taylor who took three race wins to claim the overall ahead of Luke Clifton and Henry Utting. Fourth overall went to Joe Scillitoe, with Bradley Allen in fifth overall.

In Group D it was Shaun Tacey who took the overall win ahead of Trevor Buckley and Chris Gaut.

The Woodbridge DMCC now switches focus to their next event which is the fifth round of the Revo ACU British Motocross Championship fuelled by Gulf Race Fuels on Sunday, June 19. Discounted advance tickets are available now.