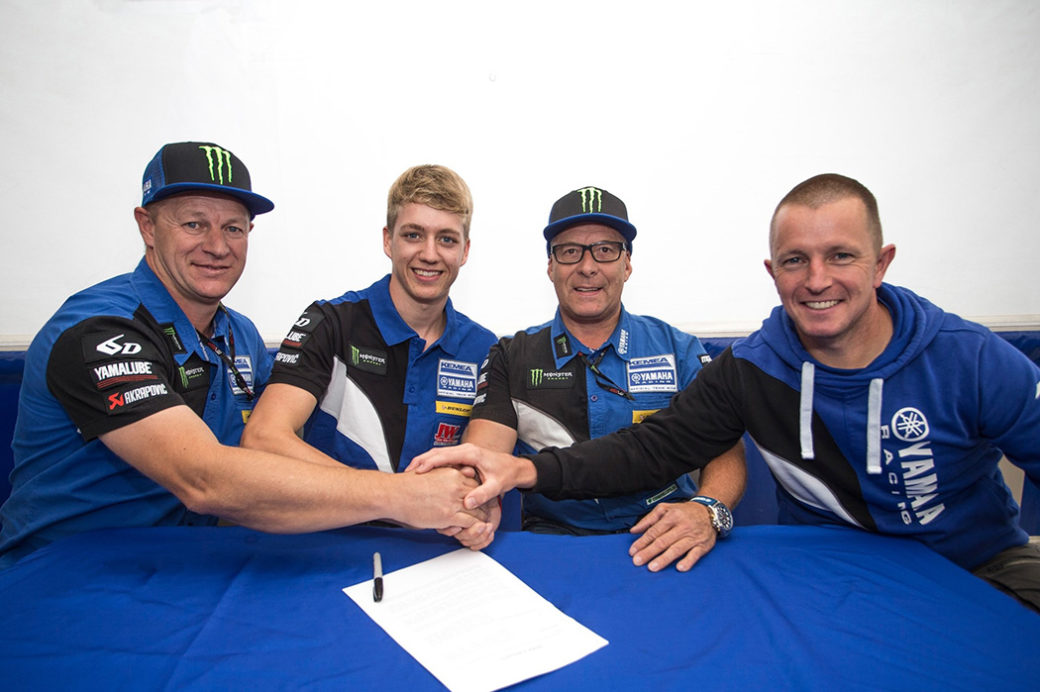 Ben Watson has signed to race for the Kemea Yamaha MX2 GP team and will not defend his 2017 Maxxis ACU British Motocross title.

The 20-year-old will join forces with Russia’s Vsevolod Brylyakov and Belgian Jago Geerts in the team run by multi-time world vice-champion Marnicq Bervoets.

“I am ecstatic to have received this opportunity,” said Watson, who leaves long-time team boss Roger Magee to take the Yamaha ride.

“I have worked my whole life to get to the top of racing and to finally feel confident with the team and support that I am getting, it’s really exciting for me.  “It’s even more exciting to have a fresh start and to ride a new bike and be around new people. “I have heard so many people talk about how awesome Yamahas are and now I finally get to experience it. We are ready for the new chapter.”

In a September interview he was resolute about his ambitions.

“I want to become world champion. There’s no question about it. It would be a dream come true and that’s what I’m working towards and I hope that one day I can make it happen.
“I believe I can make it happen, definitely. I just need as much support from the team as I can get and then it’s all down to me and my riding. With the right backing anything’s possible.”

Watson, whose older brother Nathan switched to enduro and immediately became a world championship contender, is in high demand following his successful comeback from a season-ending foot injury in 2016.

“This is a very exciting agreement,” said Kemea Yamaha’s Erik Eggens. “We have been following Ben for many years, right from when he was young and excelling in the youth championships.

“He has been on the radar for some time and I feel that we can give him the support and stability he needs to achieve everything he is capable of achieving. “We look forward to seeing Ben progress and succeed on Yamaha.”

The team will be based in Genk in Belgium and mentored by former world champion Jacky Vimond.