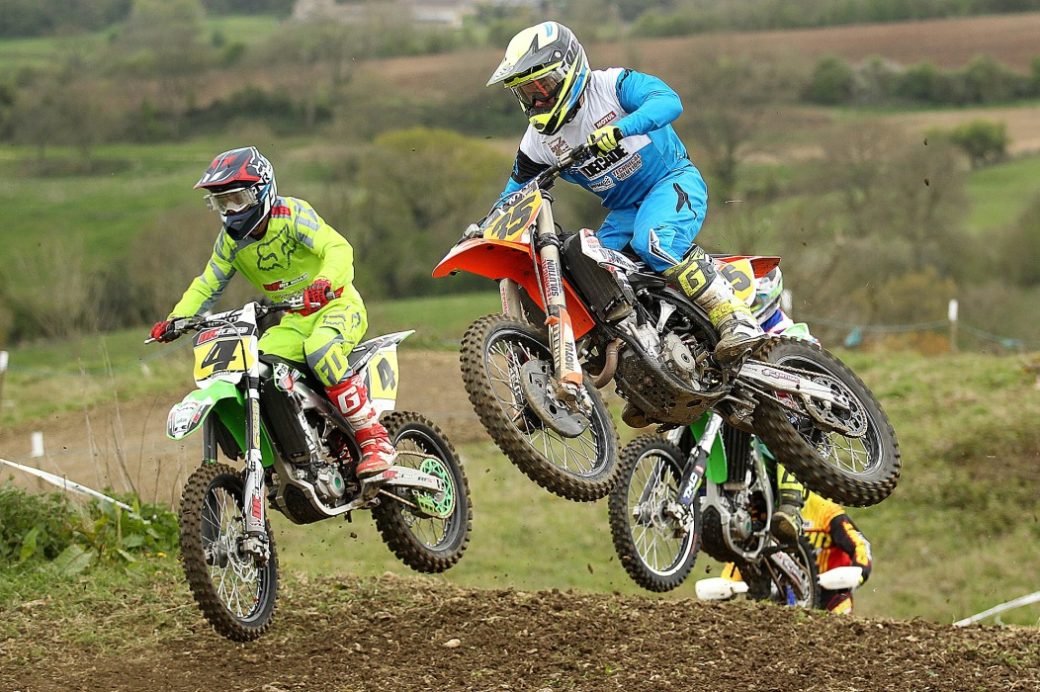 After a hectic start to the 2017 AMCA British Motocross Championship, riders go into battle again this Sunday (April 30) for round three.

After two dry, hard tracks in Gloucestershire, conditions will be very different on the soft, loamy soil which prevails at Lower Drayton, Penkridge, in Staffordshire.

The series – powered by Datatag and supported by Dunlop – features a top-quality MX1 class with defending champion Luke Burton (FUS/FRO/CPS Husqvarna) making a supersonic start. In the six races completed so far, Burton has stylishly won five of the clashes – his only defeat coming during the final moto at Nympsfield when a rear-wheel issue forced him to settle for third behind Gary Gibson and his team-mate James Dodd.

Currently holding second spot in the standings, Gibson twisted his knee at Nympsfield so could well be a non-starter this weekend which means the door may be left open for Dodd, Shane Carless and John May, riders already prominent in some terrific racing at the front of the pack.

In his debut MX1 season Paul Neale (TMC Kawasaki) holds sixth in the championship table with Ryan Crowder, Ashley Thomas, Andrew Smart and Luke Meredith – despite a big crash at Nympsfield – rounding out the top 10.

So far Waterman (3), Dean (2) and Ray Rowson have bagged the moto wins but, following an injury at Nympsfield, Rowson has slipped down to 10th in the standings and is set to miss this weekend’s action.

Hot on the heels of the leading duo are a trio of fast, determined Kawasaki pilots with TMC team-mates Lewis King and Jansen Day along with DK Offroad ace Clinton Barrs. Next best in MX2 at present are Bradley Tranter, Jack Gardner, Luke Mellows and Jack Cox, all riders who are more than capable of claiming moto wins and podium spots themselves. Another threat in MX2 on Sunday could come from James Wainwright, a rider who generally performs very well at Lower Drayton.

Although Brad Turner (AMS IDS KTM) bossed the opening round of the two-stroke championship with maximum points, a problematic round two means that he is now sitting in second in the standings behind the very consistent Jason Kendrick. Third in the table is Nympsfield overall winner Sam Smith.

Making a very impressive start to his campaign, 2004 AMCA champ James Russell (Premier Bikes KTM) currently leads the 2017 Vets series. After round one Russell was level at the top on 164 points alongside Simon Lane and Terry House.

However, at round two Russell stamped his authority on proceedings by blasting to a superb maximum score and going into this weekend’s action Russell is now 22 points clear of Lane with House a further four points in arrears.

The Lower Drayton circuit can be found at Penkridge which is just off junction 13 of the M6. Postcode is ST19 5RE. The action gets under way at 10.30am.