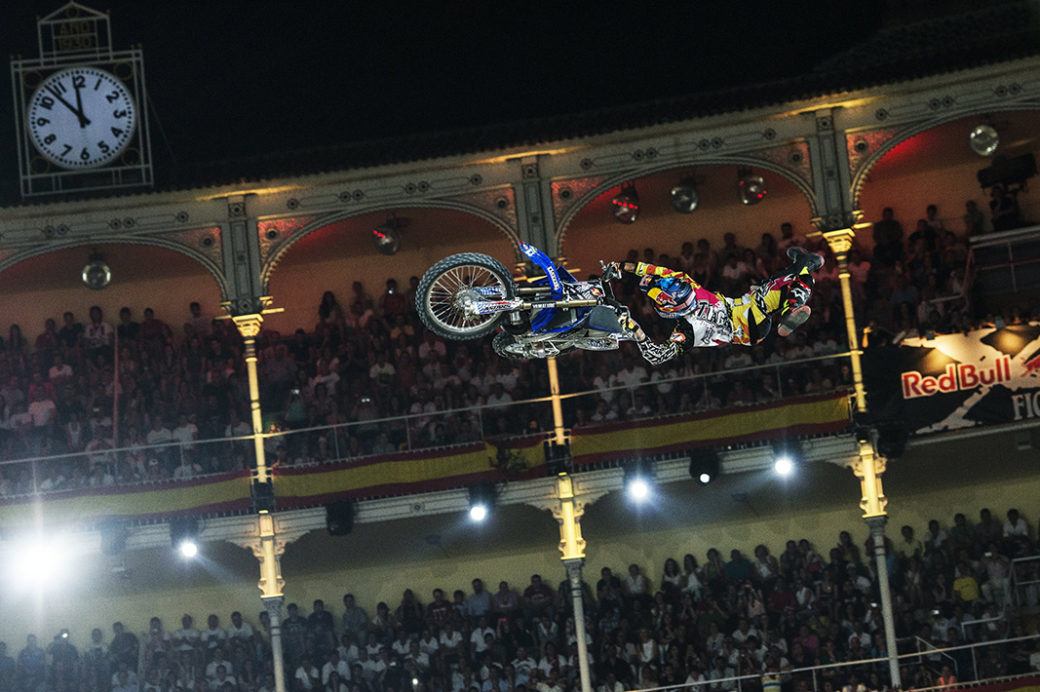 The Red Bull X-Fighters tour has been reduced to just one date for 2016.

Instead of a multi-date world tour – last year there were stops in Mexico, Greece, Spain, South Africa and the United Arab Emirates – the 2016 title will be decided on June 24 at the Plaza de Toros de Las Ventas in Madrid.

Marking the 15th anniversary of the FMX championship, the event will feature a brand new format with 10 established stars competing alongside two newcomers – or ‘Novilleros’ – in the Spanish capital.

The first round will feature the ‘Roulette’ which will randomly generate a trick for each riders’ run. Three pairs of riders will progress to the head-to-head knock-out runs in round two before the leading trio line up for the final.

This year two aspiring young talents will be chosen to compete.

A panel of experts will choose one but the second Novillero will be picked by fans who can vote via the Red Bull X-Fighters website.

FMX riders who would like to be considered for a place as a Novillero can submit a 90-second video application from April 14 until May 13. For more details follow the website link.