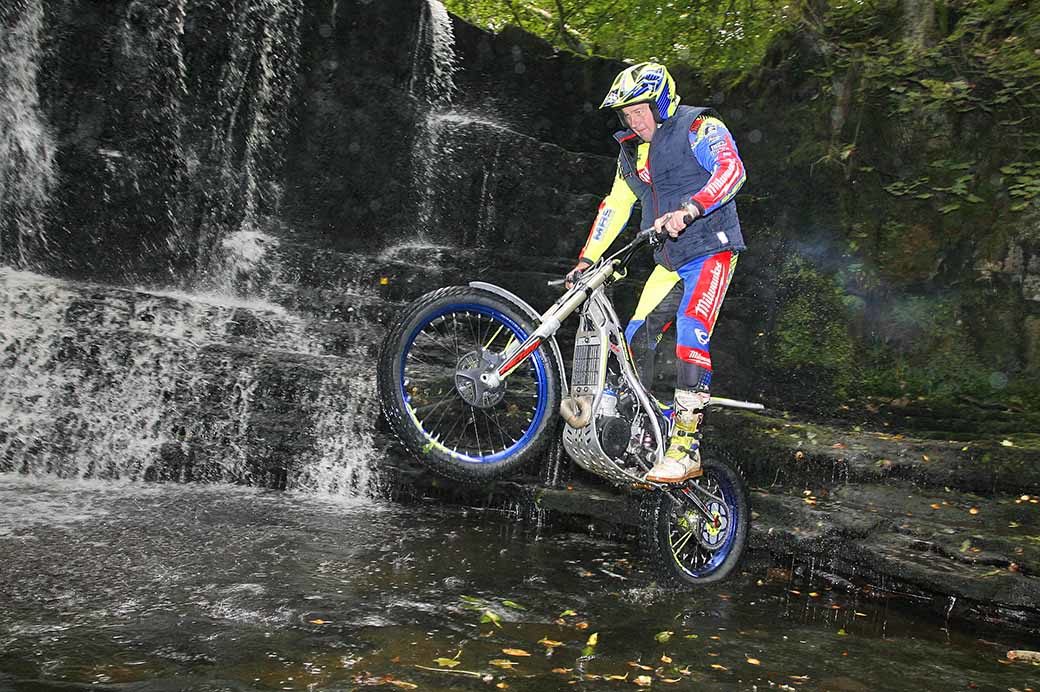 Sherco celebrated 20 years of trials bike production in 2019 – and even produced a cool anniversary model in the same red and silver colours as graced the original back in 1999.

But time and tide wait for no man and it is now onwards and upwards and into a third decade for the marque.

And once again it is evolution not revolution with Sherco listening to importers Malcolm Rathmell Sport and producing machines with noticeably smoother power delivery right from the bottom end.

This has been deliberately achieved by introducing a heavier crank with centralised mass, not just tweaking the porting. 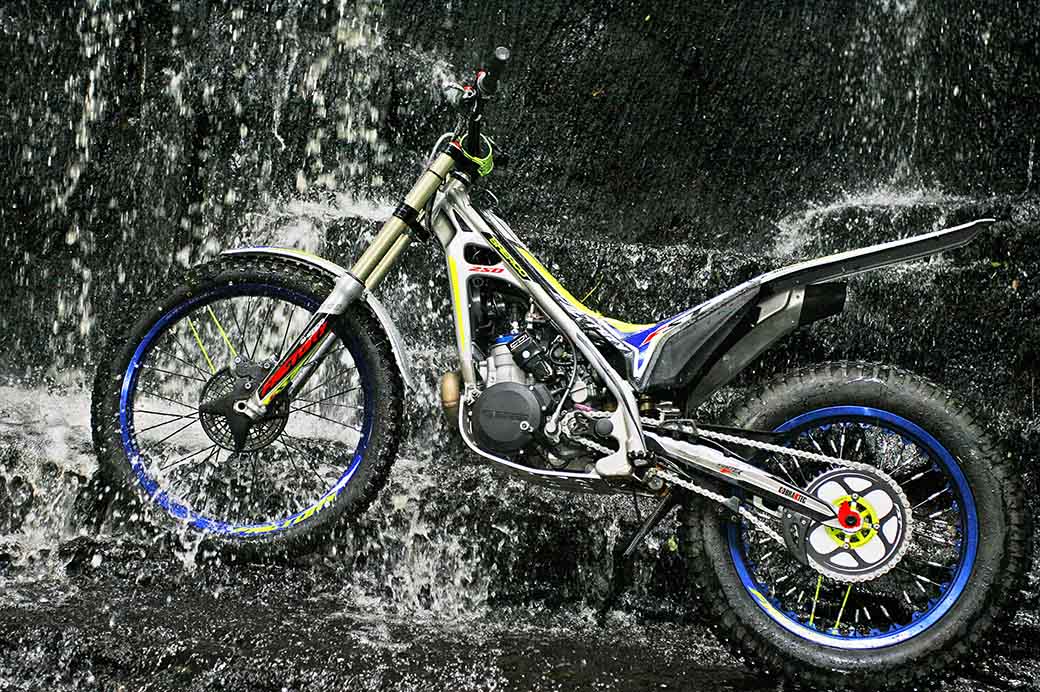 In practical terms, this ought to mean that the bottom end power has been obtained WITHOUT losing the all-important mid-range and top end, which is the usual trade-off when simply porting the barrel.

MRS has also, based on 2019 sales, made the decision to concentrate on the up-specced popular Factory model for 2020. This gives customers the silky smooth Tech Aluminium forks up front and a three-way adjustable Reiger shock at the back.

The basis is, of course, a steel perimeter chassis into which the five-speed Sherco-built motor is installed.

Sherco experimented with a rear-mounted fuel tank a few years ago but the model then reverted to a conventional set-up with the tank nestling neatly between the top frame rails and a conventional airbox.

While development of the 250 and 300 models has concentrated on getting that all-important smooth power, the 125 has been treated to an extended trip through the development shop.

There are modified transfer and exhaust ports, a new Vertex piston and cylinder head to match the piston.

A modified flywheel maximises the performance gained while a new CDI curve compliments all the other work.

The clutch, too, has been further refined to offer the rider better feel and performance. Added together, the mods make for a considerable performance boost. 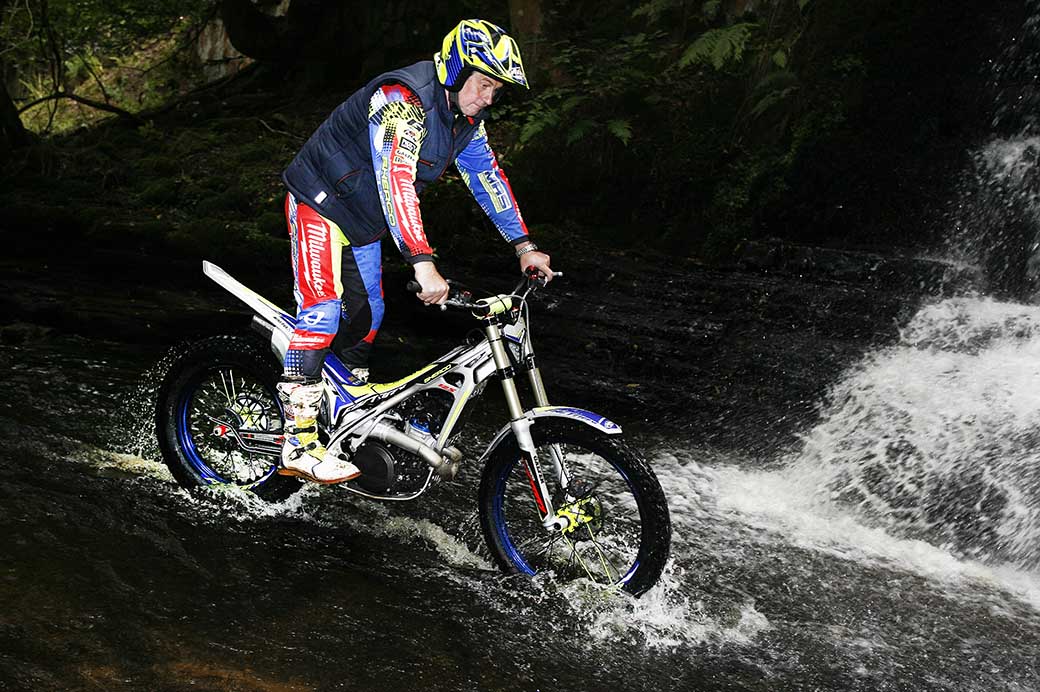 There is none of the expected 125 rev fest, the new motor is incredibly torquey for an eighth-litre design.

On the styling side, Sherco retains its adopted blue colour scheme while a new silver chassis looks very classy.

Sherco has experimented with some ‘alternative’ colour schemes through the years – those yellow frames really split public opinion – but the silver and blue really works well.

2020 is looking good for Sherco with the factory and MRS really pushing strongly in the same direction. With new rider-friendly engine power across the range and a guaranteed supply of Factory models, what more could you want?

Looking exactly like the larger capacity machines, with the grey frame and distinctive colouring, the 2020 Factory 125cc did not disappoint.

When I kicked it into life, the suspension with Tech forks upfront and Reiger shock, with a three-way setting at the rear, felt very plush.

Instantly, as all 125s do, the bike felt lighter and very manoeuvrable. I have a steep test hill that I normally warm up on and second gear was capable of pulling my 13.5 stone frame.

Next, it was third and it was well within the small capacity reach. And then, for fun, in fourth and with a little bit of clutch straining, it still flew out at the top. 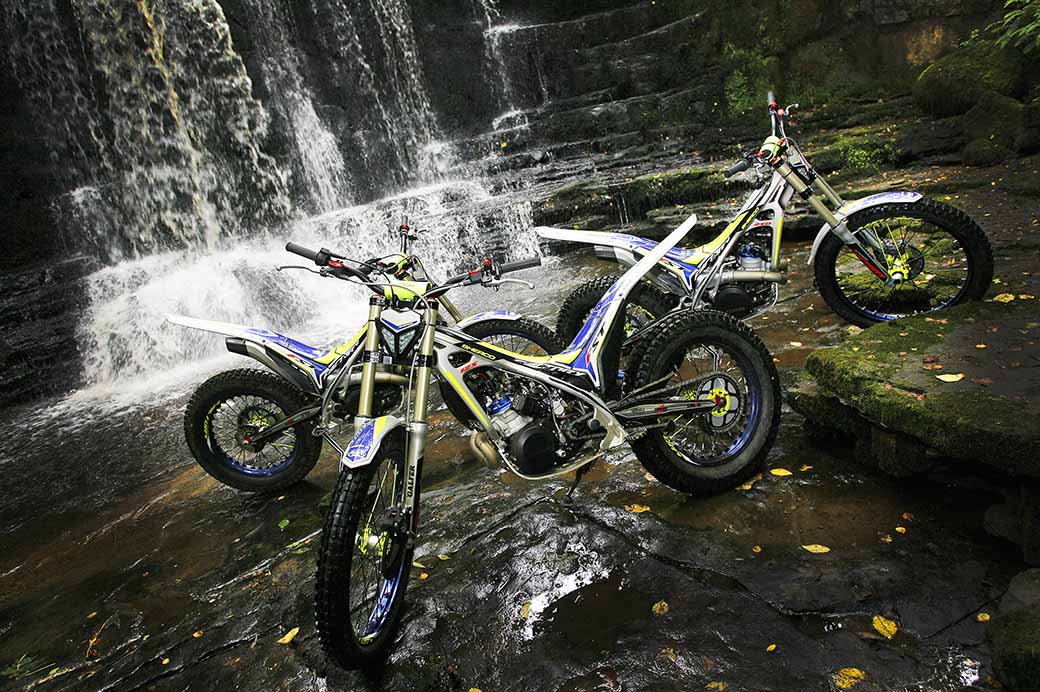 The clutch has actually been re-worked and is more than capable of dealing with anything thrown at it.

Next, I tried it in one of the centre trial sections used on the hard course of the Richmond club’s Crackpot Trial. First attempt in first gear saw a couple of dabs, so after realising I needed to buzz the motor a little more, a clean was achieved.

The fact that the small motor is surprisingly torquey gives loads of thinking time and would probably suit many clubman riders as well as the younger riders it is perhaps aimed at.

In fact I would be happy to ride it at any club trial, so in the hands of a capable young lad or lass, it would be a formidable weapon.

This is my chosen steed at the moment.

However, the 2019 and the 2020 models have become much more rideable due to the mapping. The 300 has more than enough power for any rider and the gearbox, with the security selector to prevent false shift, is very positive.

I use first gear for most sections but second is very usable and can be rolled off to virtually a standstill, then brought back without jumping out of your hands.

The Tech forks are the same on each 2020 model and are good straight out of the box and then improve after half an hour of riding as they bed in. 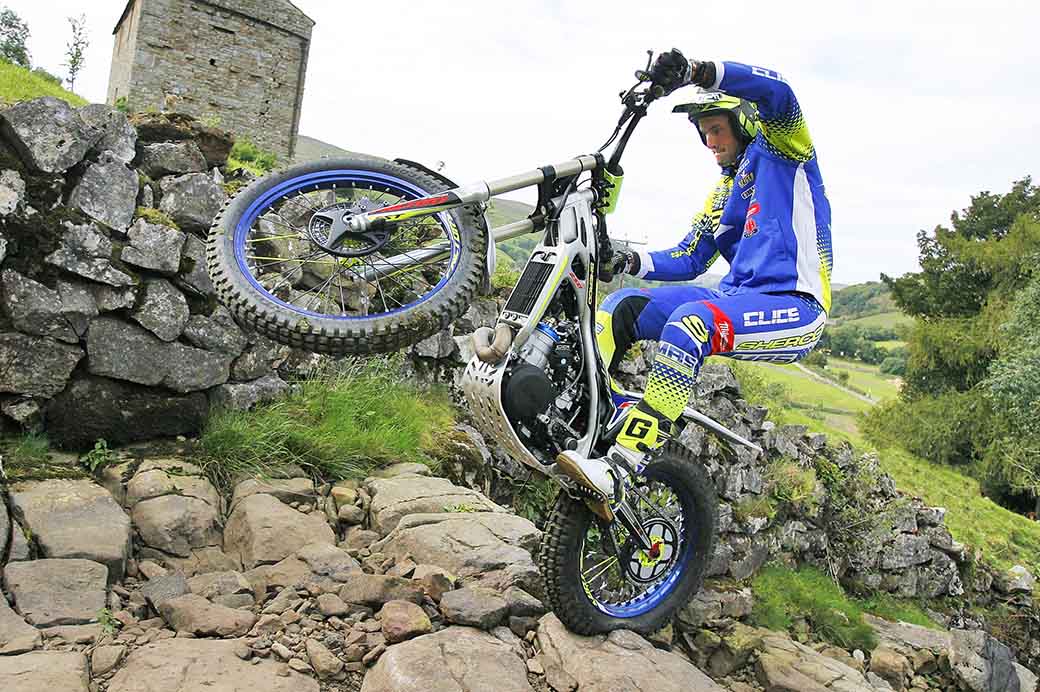 Despite both the 250 and 300 models weighing exactly the same at 68kg, as you would expect, the 250cc actually feels lighter and is very agile.

Suspension is exactly the same as the other two bikes, which works exceptionally well. The 250 is also happy in both first and second gears and the softer settings on the 2020 model has made a very reliable bike. Third gear is adequate on any hill climb.

On the practical side, the clip that was introduced last year on the air filter is great for swapping elements, especially for the larger-handed riders.

In summary, it is down to personal choice between the 250 and the 300 and either will do more than most riders are capable of doing.

You just need to blag a test ride on both and suss out which suits you best. 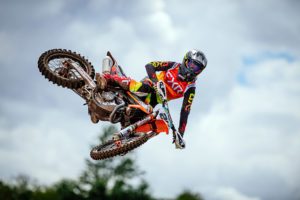 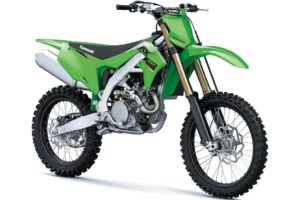 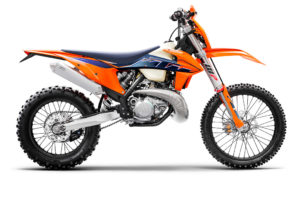 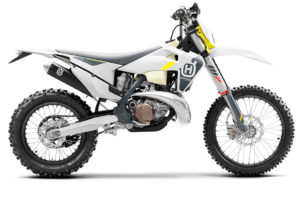