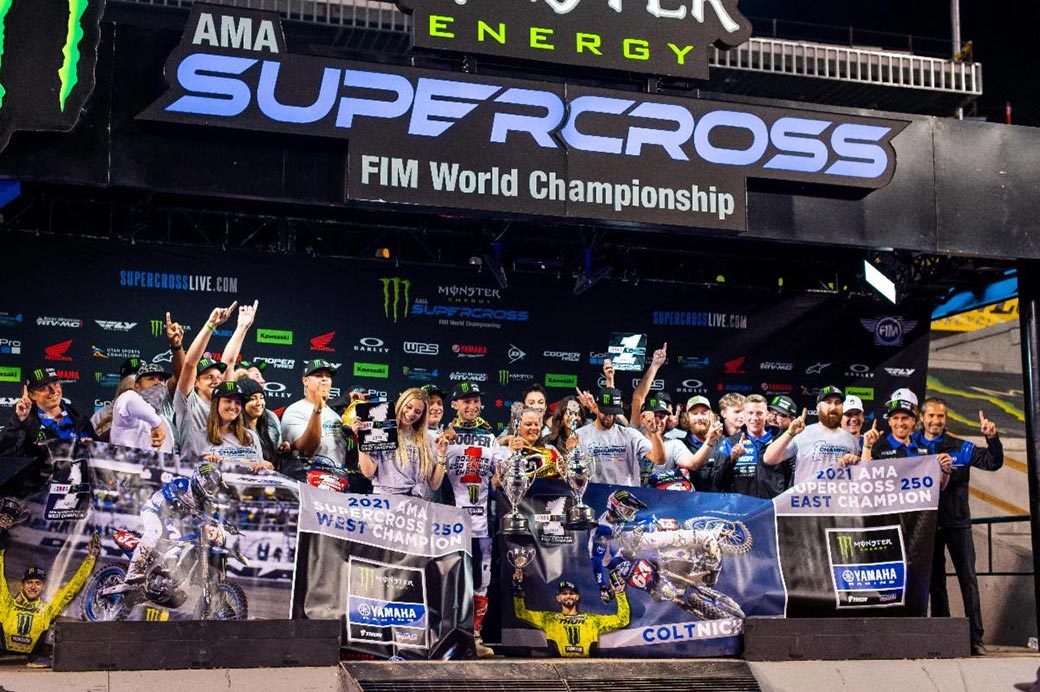 The 2021 Monster Energy AMA Supercross, an FIM World Championship was supposed to be a step back to normalcy after 2020’s incredible Responsible Return to Racing protocol that saw the racers and teams concluding the season – all seven remaining rounds – at a single venue.

With new protocols, the 2021 season promised more venues, more traditional track variances, and a limited number of fans in attendance. The season delivered all that, but the racing wasn’t back to normal. It was extraordinary.

Topping the list for stand-out 2021 statistics is the number of first-time winners – a total of six young racers earned their first professional Supercross victory in 2021. Three Kawasaki teammates each had their moment atop the winner’s podium. 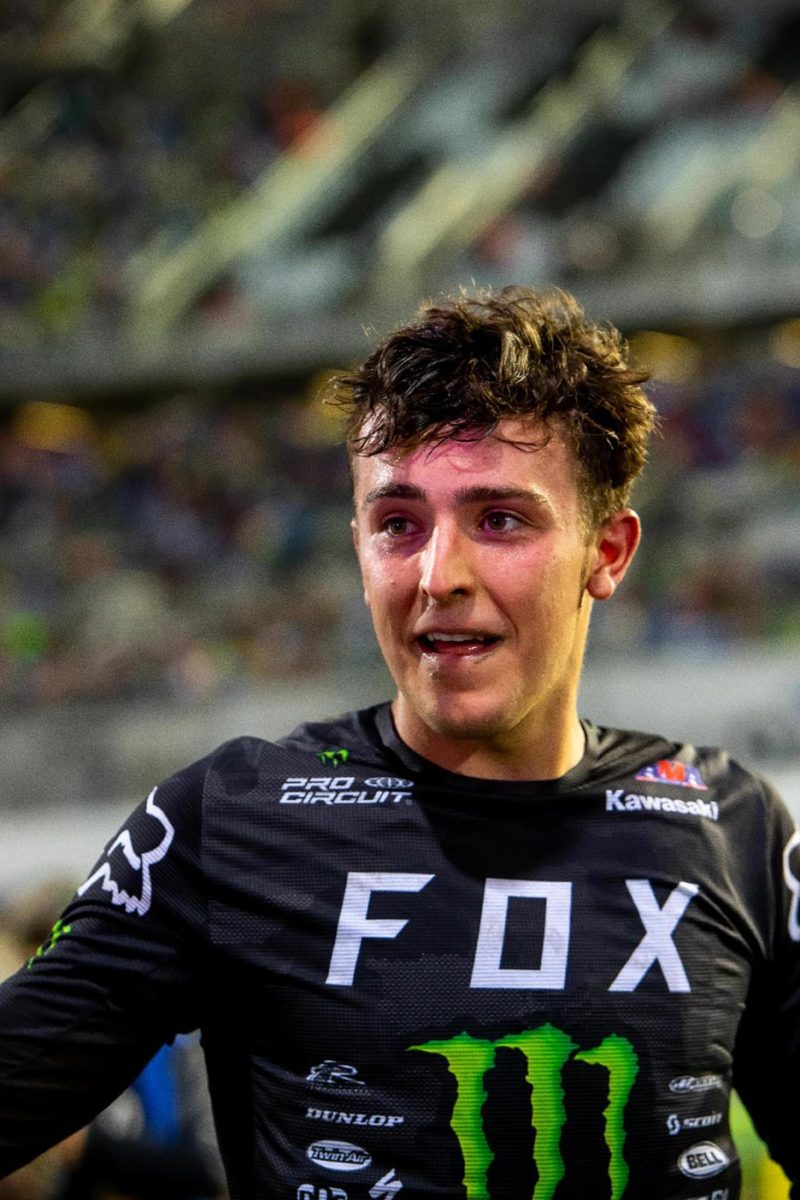 Cameron McAdoo was the first to earn the status of Supercross winner in the second round of the Western Regional 250SX Class series in Daytona Beach, Fla. The next weekend his teammate, rookie Seth Hammaker, held his first victory trophy overhead in Arlington, Texas, and at the penultimate round of the series, an Eastern Regional 250SX Class event, Jo Shimoda put his Kawasaki on the top of the box for the first time. Shimoda marked the history books a second time with his win by becoming the first Japanese rider to earn a Monster Energy Supercross victory. 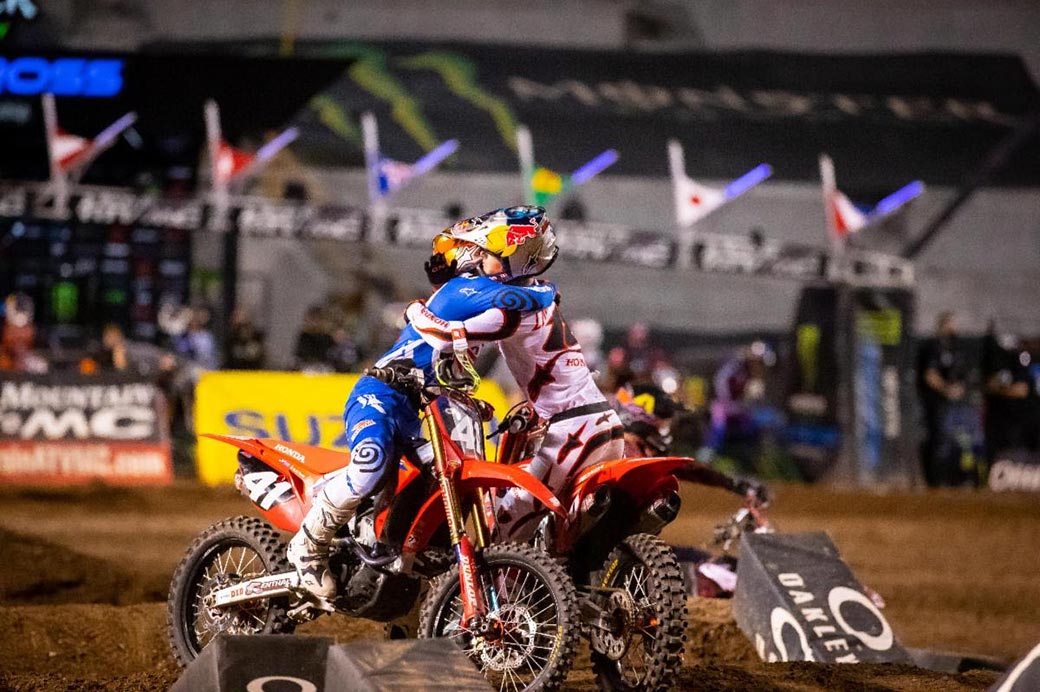 Honda teammates and brothers Jett Lawrence and Hunter Lawrence each notched up their first win. Neither was technically in their rookie season but injuries had prevented either from much time competing on a Supercross track prior to their wins. A true rookie to earn a win was Yamaha’s Nate Thrasher, who hadn’t placed higher than ninth before his victory. Thrasher got his win the hard way – by transferring into the Main Event through the Last Chance Qualifier (LCQ) at the brutal Supercross track built on the infield of Atlanta Motor Speedway. Then, as if to prove it wasn’t a fluke, Thrasher won again, including again coming through the LCQ, to win the third event of Atlanta Motor Speedway’s triple-header.

The 450SX Class didn’t produce any first time winners in the class, but it did find four new faces on the podium. Yamaha teammates Aaron Plessinger, Dylan Ferrandis, and Malcolm Stewart all found themselves on the box for the first time in 2021. 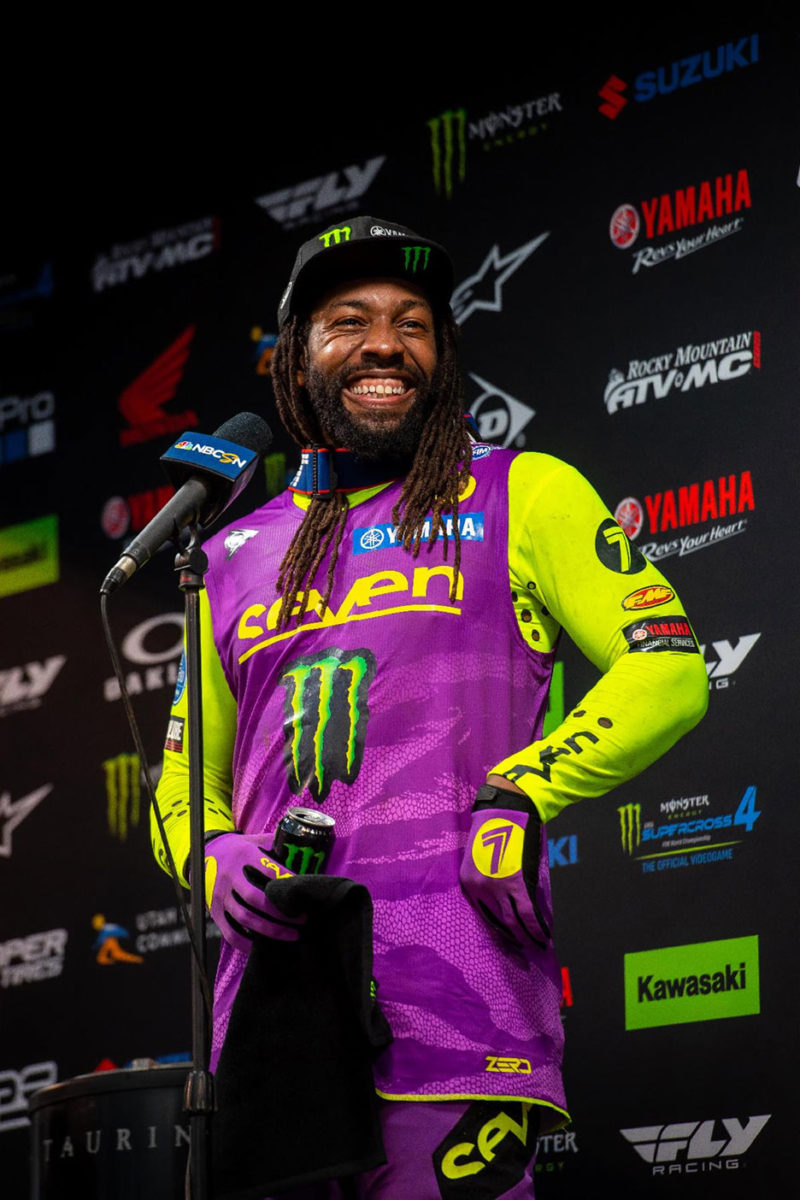 Stewart took part in another milestone by becoming one of the first set of brothers to each earn a 450SX Class podium.

The 250SX Class’s new podium faces included some of the riders with their first win in 2021: Shimoda, Hammaker, and Hunter Lawrence, as well as GASGAS’ Pierce Brown, and Husqvarna’s Jalek Swoll and Stilez Robertson.

And a podium footnote – the Lawrence brothers competed together only one time in 2021, in the Dave Coombs Sr. 250SX East/West Showdown, where Jett earned the win and Hunter finished third. It was the first time two brothers had shared a podium since January 19, 1991 when Tallon and Tyson Vohland also finished first and third in a 250SX Class Supercross race.

Yamaha has a lot to be proud of beside their rookie’s first win and their first-time 450SX Class podiums. The Monster Energy Star Racing Yamaha team won both 250SX Class divisions. It was the first two-division sweep for the brand, and the Western Regional title marked four in a row for that division, tying the previous Yamaha record of four titles in four years (in the 450SX Class from 1977 to 1980).

Part of 2021’s excitement was that the title for all three classes was decided at the final round. For the 450SX Class, it was the fifth year in a row for the final race to crown the champion, and that run of five also makes the list of firsts. 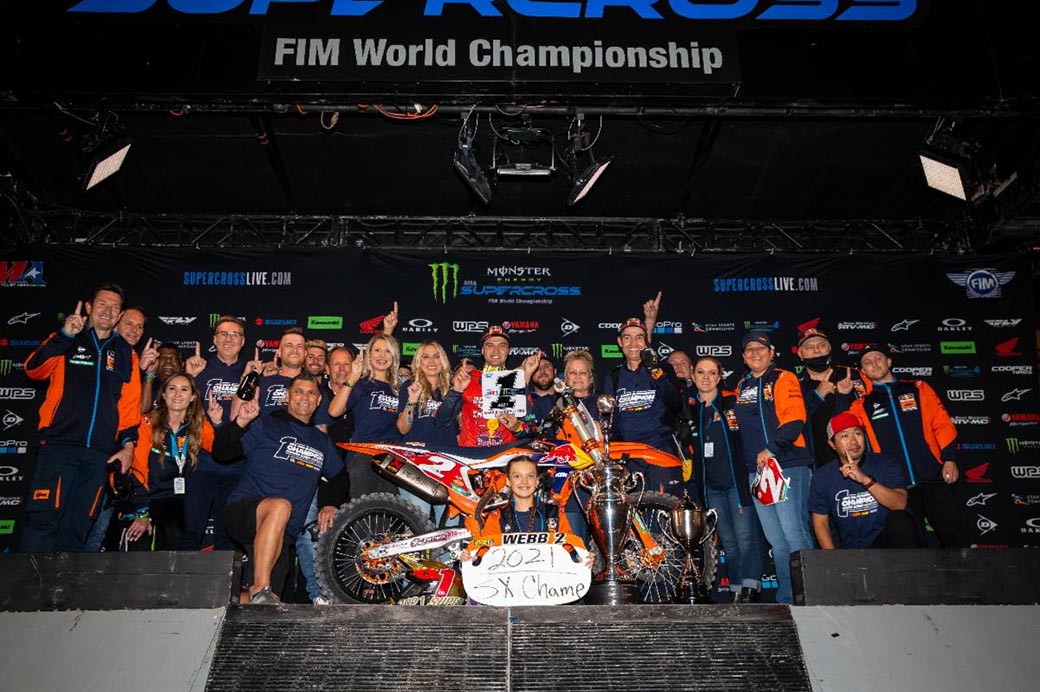 And The 2021 champion, KTM’s Cooper Webb, gets the special designation of being the first rider to win two 250SX titles and two 450SX titles all on four-stroke machines. Only two other riders have achieved two titles in each class, James Stewart and Jeremy McGrath, but those riders did not achieve all of their titles on four-stroke bikes, which are today’s top competitive motor style… but watch out, because 2021 also ushered in what could be the new era — electric motorcycles. The half-time race, the Wells Fargo KTM JUNIOR RACING SX Program, switched from gasoline to E-bike race machines for the first time this year.

The stats for the year are impressive but don’t tell nearly the full story of the wild rides, dramatic moments, and highest achievements. The 2021 Monster Energy Supercross season was spectacular in so many ways. 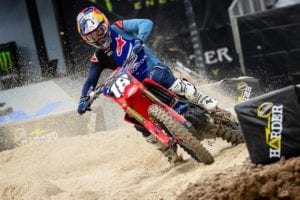 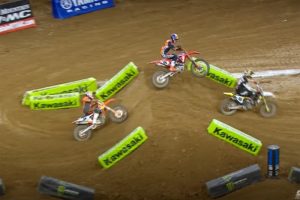 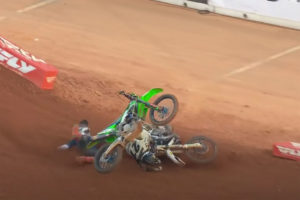 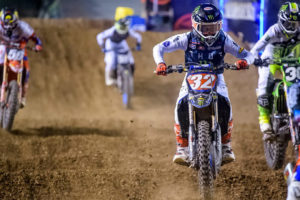 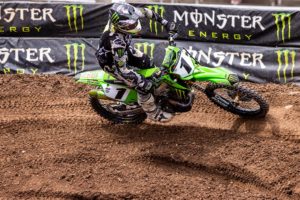 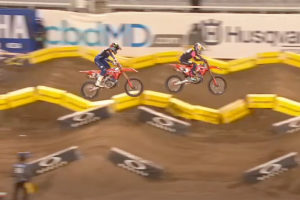