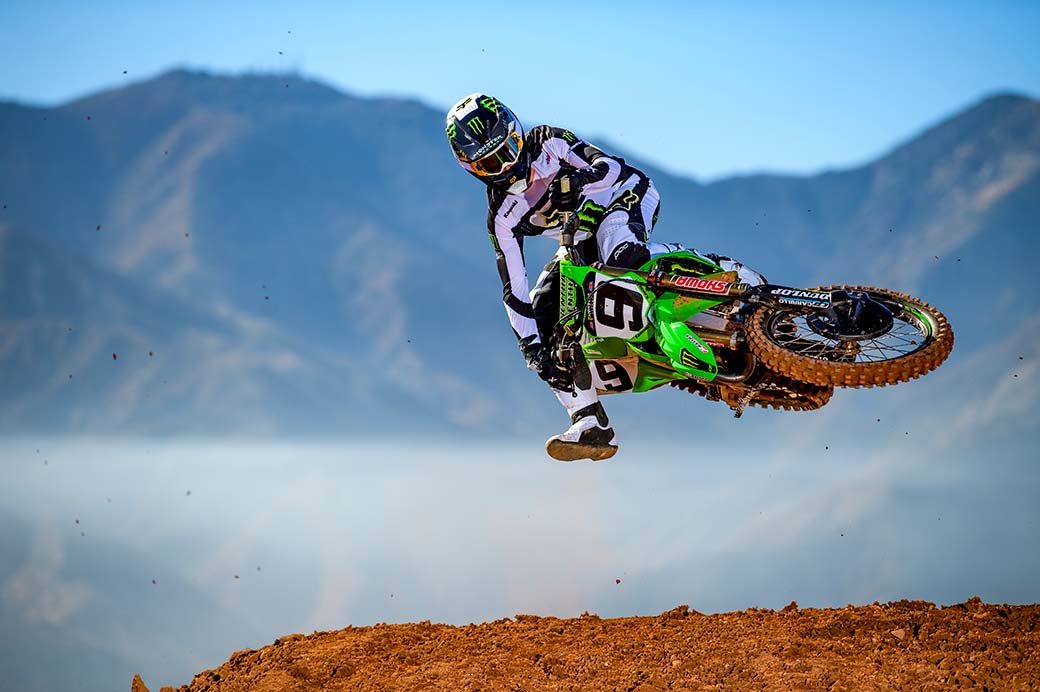 Adam Cianciarulo has admitted he is carrying a shoulder injury as he prepares to enter the 2022 AMA Supercross season.

A crash suffered a few weeks ago has put a bit of a downer on Cianciarulo’s preparations for the 2022 AMA Supercross season, which gets underway this weekend at Anaheim.

In a video posted to Instagram, Cianciarulo explained that while the injury left him with a challenging run up to the A1 opener, he is still set to line up on Saturday.

“I just wanted to give you an update from me personally. We have this thing in dirt bike racing where we really don’t talk about injuries. I don’t really know if anybody knows why – maybe it’s some type of masculinity? Regardless, I had a crash a few weeks ago. I did hurt my shoulder – Grade 3 AC separation. My first time doing that.

“Obviously not ideal, but had a great off-season up until that point.

“The last two weeks, I’ve been doing what I can to stay in shape. I’ve got on the test track today and did some laps, got a little bit of [fresh] air.

“It’s feeling good enough, so I’ll be ready to race at A1. Obviously, circumstances are not ideal, but that’s life sometimes. Stoked to line up and battle with the boys again.

“But again, I just wanted to give you guys an update directly from me; see you Saturday. Let’s do it!

Racing GOAT Ricky Carmichael commented: “Total bummer. Glad you’re feeling better and will give it a go. Thank you for your honesty and for letting everyone know! It will show just how tough you and your competitors are and what you guys go through. Mad respect.”

The likeable AC has the unenviable profile of being luckless regarding injuries; they have dogged Adam for much of his professional career, including last season.

A mistimed jump coming into the whoops section at Camping World Stadium, Orlando, in February 2021 resulted in a crash that left him with a broken collarbone, which ended his Supercross season.

Then in July, the Floridian announced he had been challenged “mentally and physically” with an ulnar nerve problem since the end of 2019. He looked to get that fixed, which put him out of the remaining rounds of the 2021 AMA Pro Motocross season.