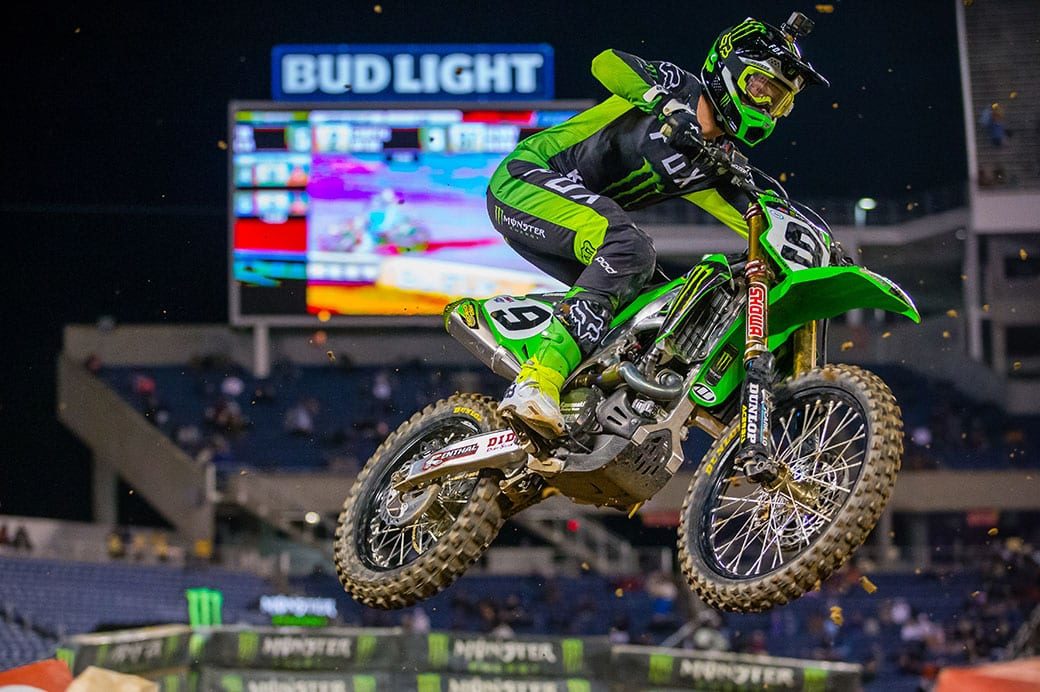 Adam Cianciarulo has now confirmed his health status with an injury update following his Orlando 2 whoops crash, and will now be sidelined from racing for an indeterminate amount of time.

Cianciarulo clocked the sixth-fastest time in overall qualifying on Saturday and followed that up with a second-place finish in his heat race. AC took that good form into the night’s Main Event where he led for a number of laps before being passed by the eventual winner, Cooper Webb.

Sadly, his night came to an abrupt end after a mistimed jump entering the whoops that sent the Monster Energy Kawasaki rider over the handlebars.

Rumours circulated about his injuries but nothing official came from either Adam or the team. Until now.

Adam has now confirmed his injury from Orlando 2 with a post to social media. “A lot of time and effort goes into each season and it’s extremely frustrating to have a set back like we did this past weekend,” he said. “I broke my collarbone and I’m gonna be off the bike for a bit.

“I’m really pissed off at myself for making that mistake. It’s completely unacceptable.

“I won’t be discouraged, though. I love what I do and I put my heart and soul into it. I’m going to keep working on the things I need to in order to reach my goals. Simple as that. I appreciate my supporters and I’ll keep you guys updated.”

TMX wish AC a full and speedy recovery and hope to see him back in action soon.