Vital caught up with Dylan Ferrandis, Eli Tomac, and Cooper Webb after the racing at Round Three of the 2020 Monster Energy AMA Supercross, an FIM World Championship in Anaheim, Southern California.

Watch the video above for the full interviews but to give you a taster, here’s some of what Ferrandis had to say before he headed off to the post-race press conference…

“I felt he was slowing down, because, for no reason. I came pretty fast on him and on the finish line jump, I had a good line I make a big scrub and I rev the limiter in the air to make noise and to let him know I was there.

“I came to the inside, I slide a little bit but I expect him to see me and he didn’t see me so I tried to turn more and from what I think I just slide too much and crash and he just touched my wheel and crashed too. So maybe I was the first one to crash and to make him crash. Was I aggressive, for sure, but I don’t feel it was too bad, too dangerous. I apologise to this move because I don’t like to ride like that. I mean it’s racing and I hope he has no injury and he’s okay.”

Ferrandis has since repeated his apology and also revealed the AMA has hit him with a 12-month probation and from what we understand a $3,000 suspended fine. 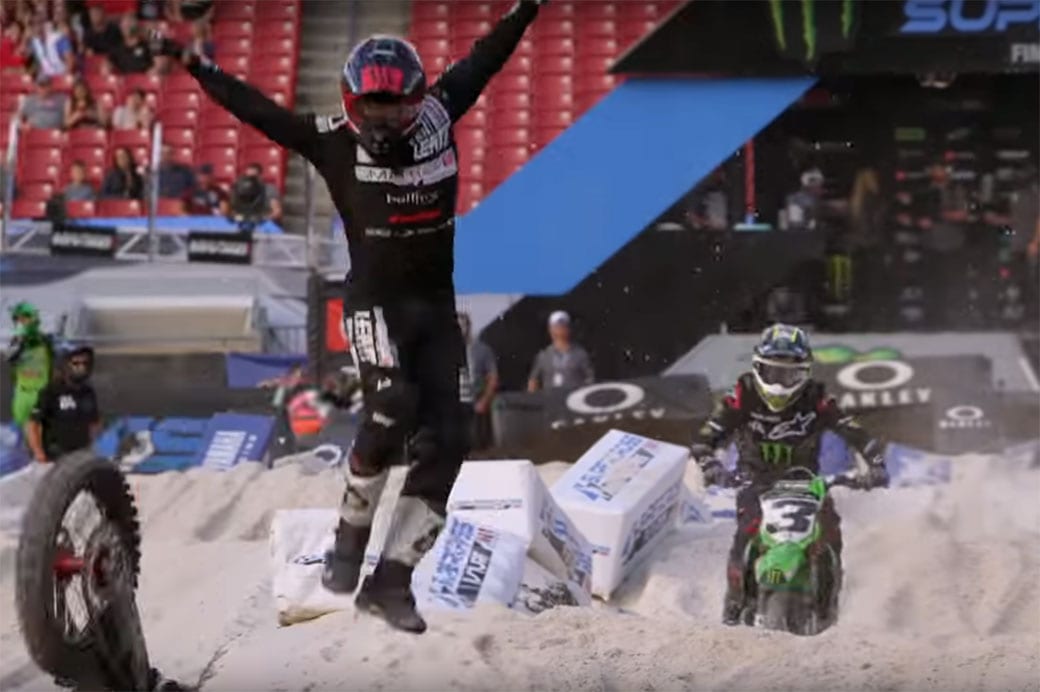 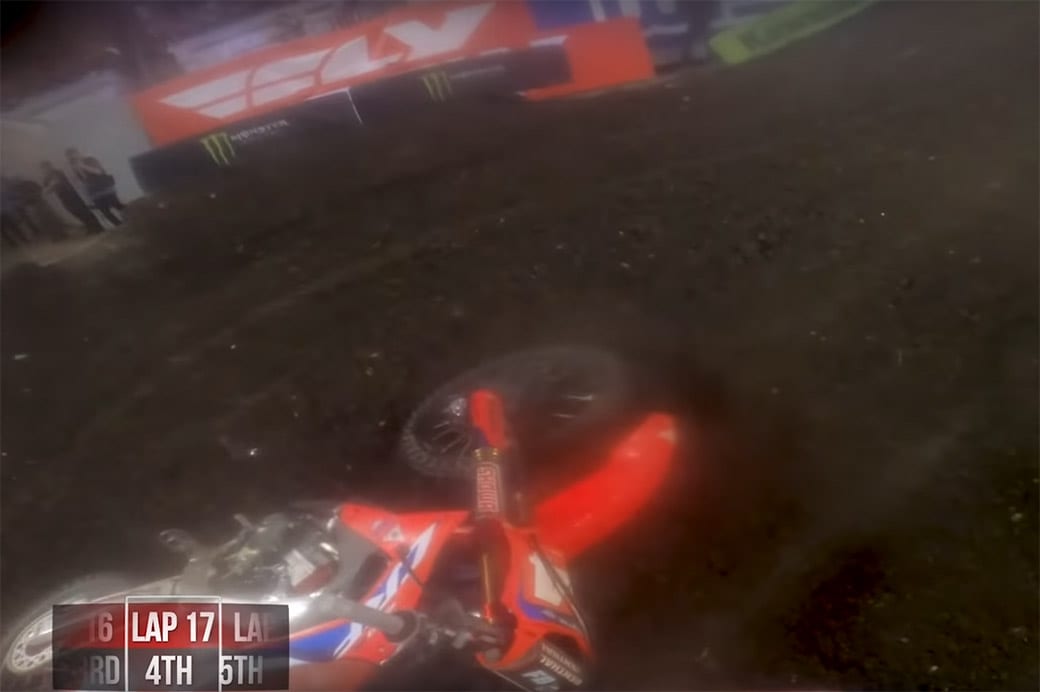 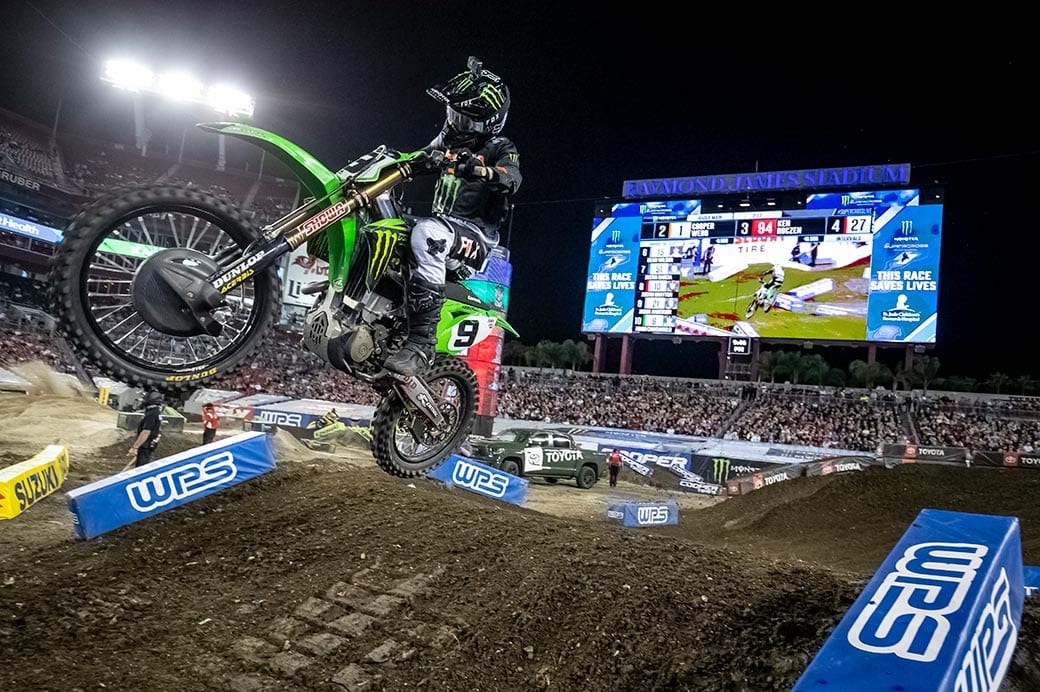 Adam Cianciarulo on his ‘tough pill to swallow’ 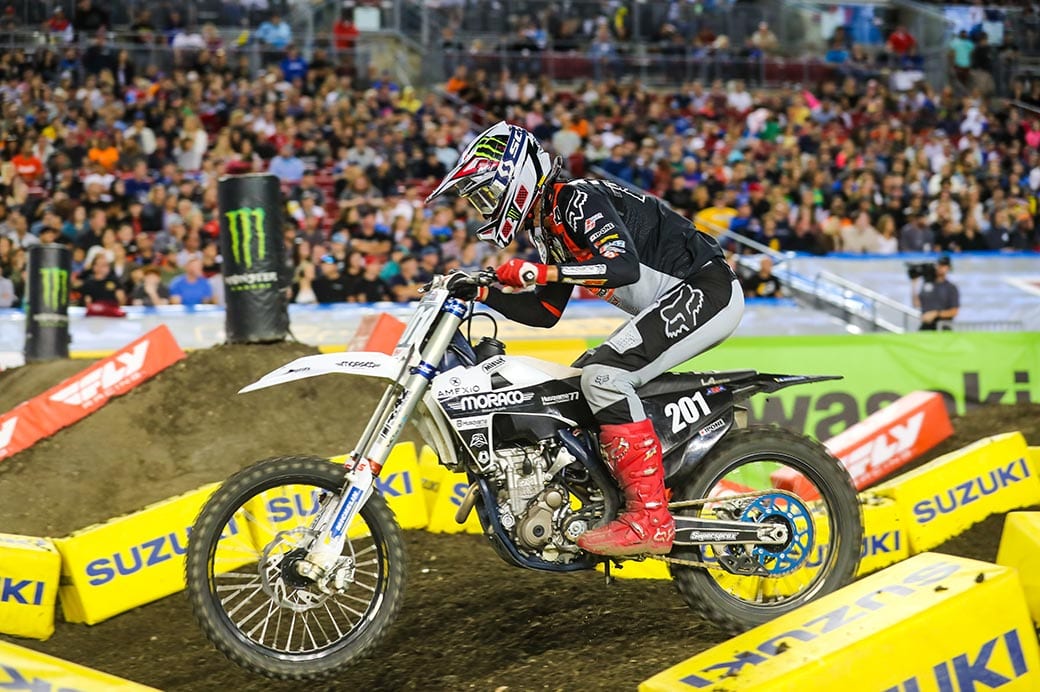