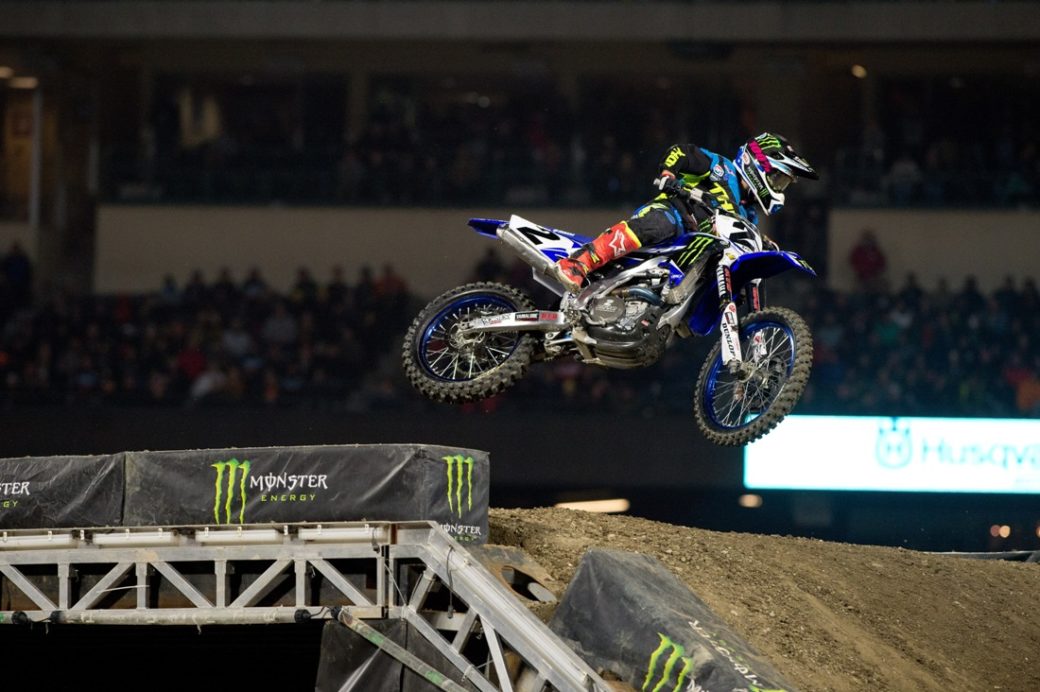 Cooper Webb’s had a tough time so far in his rookie season in the big bike class but the Monster Energy Yamaha rider made a breakthrough at Anaheim 2.

Heading into the third round of the Monster Energy Supercross series, the reigning West Coast 250SX champion had

struggled to 10-14 finishes but he came good on Saturday night.

After holeshotting the Main Event he hung on to finish fourth at the end of the 20-minute plus one lap race.

Dan Lamb from US website motoxaddicts caught up with him…

“It was a much better day for me,” said Webb. “We made a lot of progress. Practice went really awesome. I qualified third and was on top of the board for a long time. My heat race was good. I had a good battle with Eli [Tomac] and qualified from there.

“I holeshotted the main, which was pretty bad ass. I ran with those guys for a good eight or so laps. I tightened up pretty bad but I kind of fought through it. I actually got better once I did. I was stoked to see the progress – huge progress really.

“I have a ways to go before I’m really where I want to be but I understand it takes time. I’m glad the hard work is seeing results.”

Webb pointed out a major difference between 250 and 450 racing.

“In the Lites class I did a lot of my work later in the races. With these races I still feel like I’m getting better at the end but it’s just too late. What we’ve been working on is intensity. I think if I can get where I can run that pace for the first 10 laps I’ll be set. I think I was able do it for about six tonight so we made progress.

“Granted, Kenny [Roczen] crashed and Jason [Anderson] wasn’t in the Main Event but I made leaps and bounds. My goal tonight was top eight and I doubled that. Still have a ways to go but at least now I can focus on the smaller stuff, not all the problems I was having. I think that the most reassuring thing.”