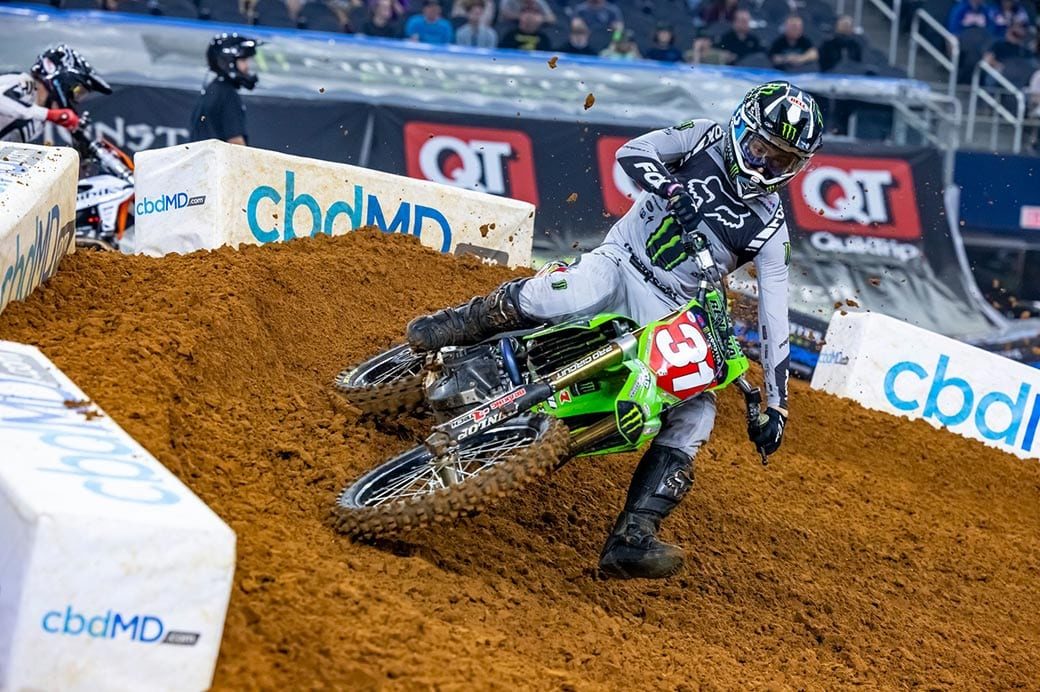 Cameron McAdoo has been given a penalty by the AMA for cutting the track during the 250SX West Main Event at Arlington 2.

With just under nine minutes left on the clock, McAdoo hadn’t quite got himself set coming into the whoops and ended up on the deck, dropping him out of fourth place.

Instead of whipping the bike around and rejoining the section, he elected to cut across the track.

Carmichael was right. McAdoo received a three-place penalty for his Arlington 2 infraction, dropping him from seventh to 10th in the official results.

The Monster Energy Pro Circuit Kawasaki rider had been leading the 250SX Western Regional Championship coming into the Arlington 2 round but is now in second place, with Team Honda HRC rider Hunter Lawrence taking over the red plate.

McAdoo, in a press release from the team, tried to remain positive. “Obviously we didn’t want to see those positions taken away,” he said. “At the end of the day, they [the AMA] made their decision and we have to focus on what’s ahead and not what is behind us.

“I have to put my head down and keep aiming towards the goal of another win and taking back the red plate. Thankfully we won’t have to wait too long.”

McAdoo wasn’t the only rider to suffer docked positions in Arlington. A total of three riders were hit with penalties. The other two were Rockstar Energy Husqvarna’s Jason Anderson (one position docked) and Twisted Tea Suzuki’s Brandon Hartranft, who missed the 450SX Main Event after being docked two positions during the LCQ (he was dropped out of the qualifying positions).

Watch the video below as Tyler Monks — who’s been slowly building up his channel views in recent months — breaks down the penalties dished out at the AT&T Stadium in Arlington, Texas.

What’s your take on the three incidents? Let us know on our socials — you know the drill. 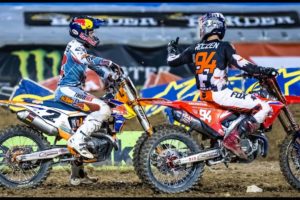 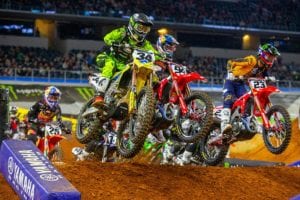 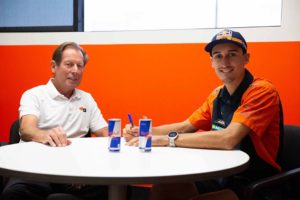 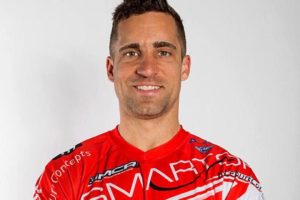 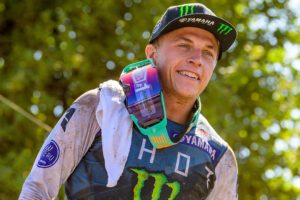