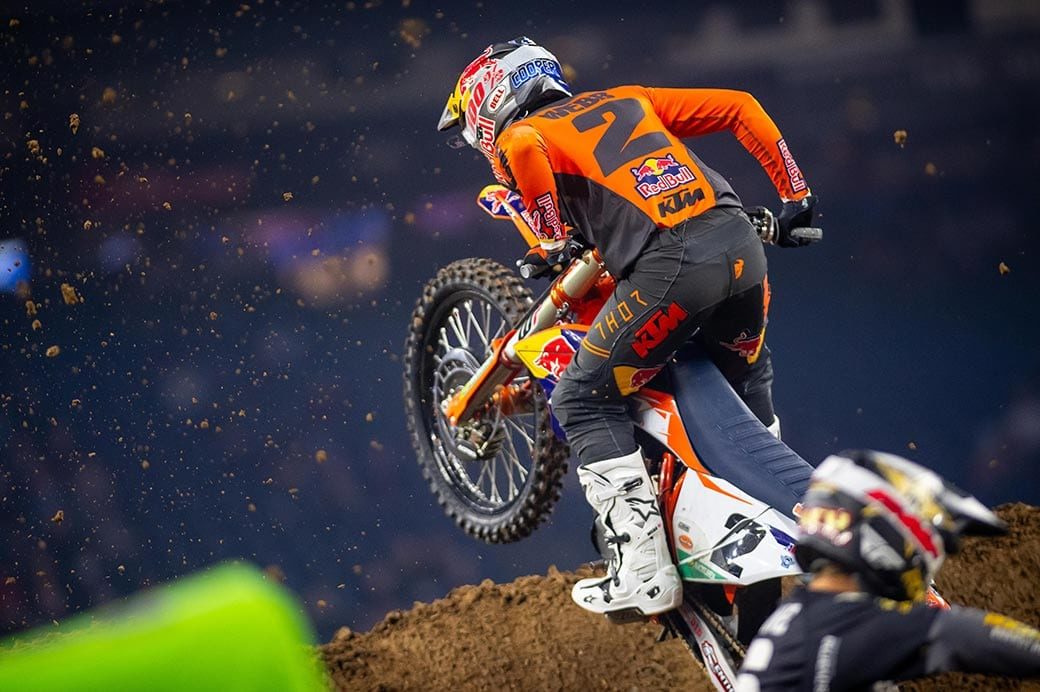 The Red Bull KTM Factory Racing Team put a stamp on their final night of residency in Houston on Saturday as Cooper Webb led the charge to top the 450SX podium with an impressive closing performance at Round 3 of the 2021 AMA Supercross Championship.

Rookie Maximus Vohland continues to improve and impress, racing his way to a season-best sixth-place in the 250SX Eastern Regional division. 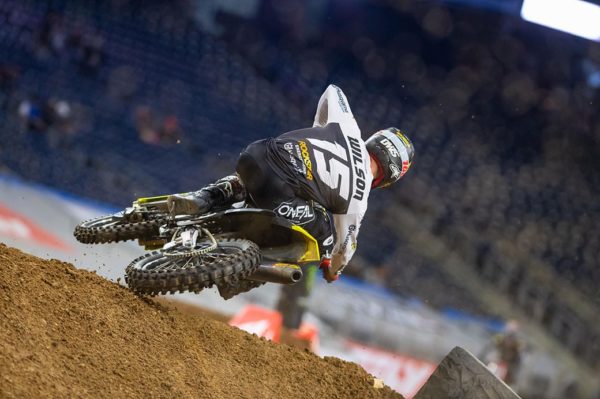 Following a rough start to the season, Webb and the team went back to the drawing board with a ready to race plan that proved to be nothing less than solid as they emerged victorious for the first time this season.

In 450SX Heat 1, Webb powered his KTM 450 SX-F FACTORY EDITION to a third-place start and he raced it in for a solid third. In the Main Event, he came out swinging to capture the holeshot and early lead.

He got passed by Ken Roczen a few laps in but he maintained a strong pace to keep the leader within striking distance all race long. Webb closed the gap on Roczen in the final laps to create an intense head-to-head battle on the final lap. Dodging lapped traffic in a dash to the finish, Webb was able to edge out Roczen in the final turns to secure the win.

“It was a close race the whole time and Kenny [Roczen] rode a solid race with not many mistakes,” said Webb.

“The track was really tricky, easy to over-ride and get impatient. The lappers there at the end was a bummer, I felt like we were going to have a really good battle, and obviously, we did, but the lappers were really tough tonight. I hung in there and I pounced on that last lap and made it happen. I’ve really got to give it up to my team, they’re amazing.” 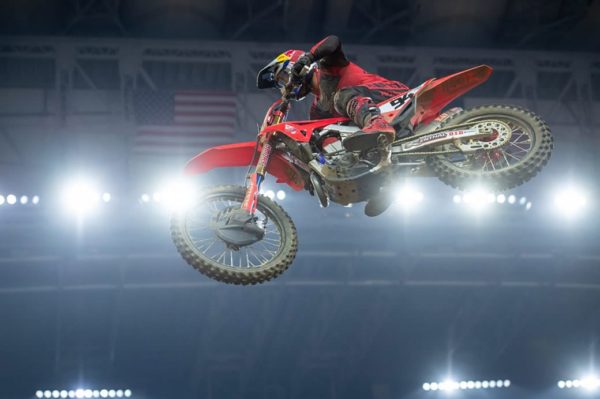 Musquin, who came into Saturday tied for third in 450SX points, experienced a tough night all around. Grabbing a top-three start in 450SX Heat 2, Musquin was in the early battle for the lead when another rider came into him exiting the whoops, leaving the French rider on the ground early on.

Losing substantial time in the chaos, Musquin made an impressive charge from 19th all the way up to secure an eighth-place transfer into the Main Event. With a not-so-favourable gate choice for the main, Musquin struggled to get off the line cleanly and found himself down on the opening lap. He once again made a charge from the back of the pack, where he ultimately finished

“I started off not so good with the heat race, I was in a decent position but Malcolm Stewart overshot the end of the whoops, blocked me and I went down,” said Musquin. “I got back to eighth, which was decent for the Heat race, I did not want to go to the LCQ.

“In the main I was on the outside, and couldn’t get a great start, and couldn’t close the guys on my right. I went too quick over the wall and hit Friese, I don’t know what happened, but after that I was dead last. I tried my best to make up as many points as possible. I’m very disappointed, but ready for a week of work and to come back stronger.”

Vohland got off to a great second-place start in 250SX Heat 2 and he powered his way into the lead by the second lap. Leading the first five heat-race laps of his young career, Vohland eventually got passed by a class-veteran and he raced his way to a solid second.

In the Main Event, Vohland shot off the line aboard his KTM 250 SX-F to capture a great top-three position off the start and he diced back-and-forth in podium contention early on. He encountered a minor setback with a broken spring in his shifter but he adapted and overcame the issue to ultimately secure sixth overall and take one step closer to a career-first top-five finish.

“Tonight was great,” Vohland exclaimed. “The heat race was awesome, I got off to a really good start and was able to get out front early and lead a majority of the laps. I felt really comfortable riding up front.

“In the main, I got off to another good start and I got into third early and was hanging onto those guys but I got into a run-in with another guy and ended up breaking a spring in my shifter. I couldn’t shift and I let that get to me a little bit but I was still able to come back and get sixth so overall it was an awesome night. I learned a lot and I’m looking forward going into Indy.”