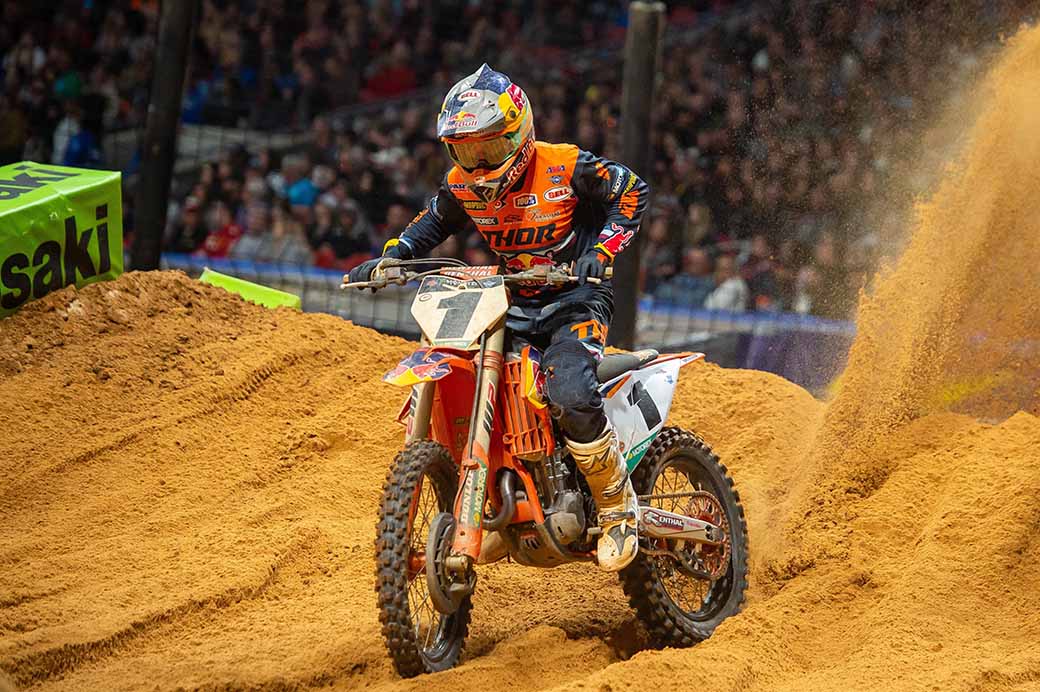 Red Bull KTM Factory Racing’s Cooper Webb proved to the world what it means to be a champion after a valiant performance in Saturday’s Atlanta Supercross Main Event.

Still recovering from last weekend’s brutal crash in Texas, Webb fought relentlessly through the pack to secure a podium finish at Round 9 of the 2020 AMA Supercross Championship inside Mercedes-Benz Stadium.

The reigning 450SX Champion came into Atlanta perhaps even more determined than usual as he fought hard to bounce back and remain in championship contention. He qualified seventh overall for the day after being forced to cut his second practice session short due to the pain in his body.

In Heat 2, Webb got off to a fourth-place start and set his sights on a top-three position early on. With two laps to go, he made the pass for third and he charged his way to a close third-place finish.

In the Main Event, Webb didn’t get off to the best start as he rounded the opening lap in 10th. He then made a mistake and stalled the bike early on, dropping as far back as 13th before putting his head down and charged up to eighth.

With about five laps to go, Webb found himself inside the top-five and from there he began an ambitious charge toward the front. Capitalising on a mistake by another rider, Webb quickly jumped into fourth as he came into the final lap within striking distance of third.

He fought relentlessly on the final lap in what would become a three-way battle for third and it was Webb who held his ground to secure the final podium position in a close race to the finish.

“That was probably the hardest race I’ve ever had,” Webb said. “I was way back and just put my head down and tried to do the best I can. I got a few gifts from the guys ahead of me but man, it was painful.

“I knew it wasn’t going to be fun or easy, but that’s racing. It’s a long way out but the only thing keeping me going is this championship, so we’ll do whatever we can.”