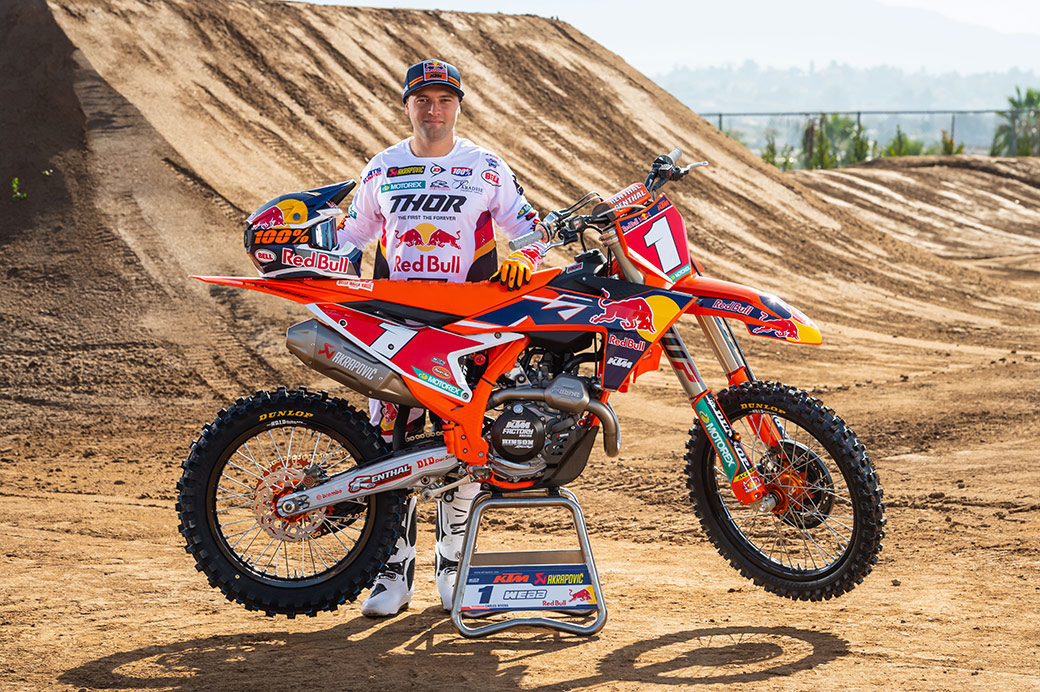 Cooper Webb has ruled himself out of the 2022 Lucas Oil AMA Pro Motocross Championship, citing injury side effects after a gruelling Supercross season where the 2021 450SX champion got banged up and admitted he got his “ass kicked”.

Rumours have circulated for weeks as to the participation of the Red Bull KTM Factory Racing rider in the AMA nationals series, but until now, Webb himself had not directly spoken to his fans about the rest of the season.

“This year has been challenging in many ways,” wrote Webb to his followers on social media. “It’s been an uphill battle most of the season, and I straight up got my ass kicked. There has been a lot of talk about my summer plans, and I wanted to be open with you guys. I’ve been a bit banged up most of the season and felt like we were finally starting to get closer to where we belong until the practice crash prior to St. Louis. I’m still battling some side effects, and they’re showing on the bike.

“At the time, we made the decision to finish SX the best we could. Together Red Bull KTM Factory Racing and I have decided to sit out MX and let my body and head heal properly. I hate losing, but every champion has his moments and seasons of adversity. I’m going to get healthy and back to work with Aldon and the Red Bull KTM team so we can come back swinging in ’23.

“One of the highlights this season has been having fans back at the races. This sport is a hell of a lot better with you guys there and is something I think I can speak for every rider on.”

Webb intends to see out the 2022 SX campaign in Salt Lake City on Saturday.