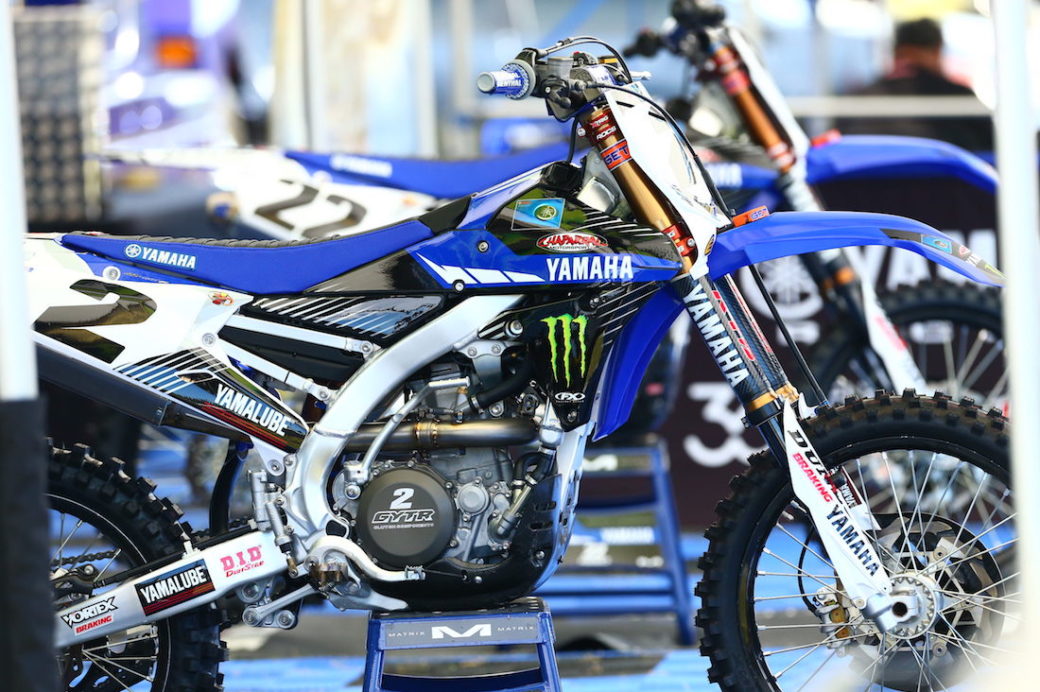 In another blow to the rider lineup, it’s reported that Cooper Webb will now miss this weekend’s Monster Energy Cup at the Sam Boyd Stadium in Las Vegas, Nevada.

Racer X say the 250SX West champion and the team made a joint decision to not compete at the MEC so that injuries sustained in his gruelling 2016 season could start to heal fully.

Fans won’t have to miss out on meeting Webb though as he’ll still be in attendance for autographs, and team-mate Chad Reed will be on the start gate.

Keith McCarty (motorsports racing division manager for Yamaha Motor Corporation, U.S.A.) said: “This wasn’t an easy decision for Cooper or the team to make. He is very excited to get his 450 career started, and we’re all just as excited as he is. He’s been doing a lot of riding during this off-season, and back in the shop, we’ve been preparing his bike, and it’s ready to go.

“But, this is the right decision for him and his racing career. Cooper’s hand is not quite 100 per cent yet, and he wants to be at his best when he swings a leg over his #2 Yamaha YZ450F.

“We’re glad that he’ll be in attendance at this weekend’s Monster Energy Cup, even though he won’t be riding. We know the fans will be excited to see him.”

“I am so disappointed that I won’t be racing in Las Vegas,” said Webb. “This was one of the toughest racing decisions I’ve had to make so far in my racing career but, as Keith said, it’s the right decision to make. And, while I cannot wait to race that beautiful #2 YZ450F for the first time, I definitely want to be 100 per cent. I’m not there yet, but I will be for the start of the 2017 supercross season. I’ll be in Vegas this weekend, for sure, even though I won’t be riding. I’m looking forward to seeing everyone there.