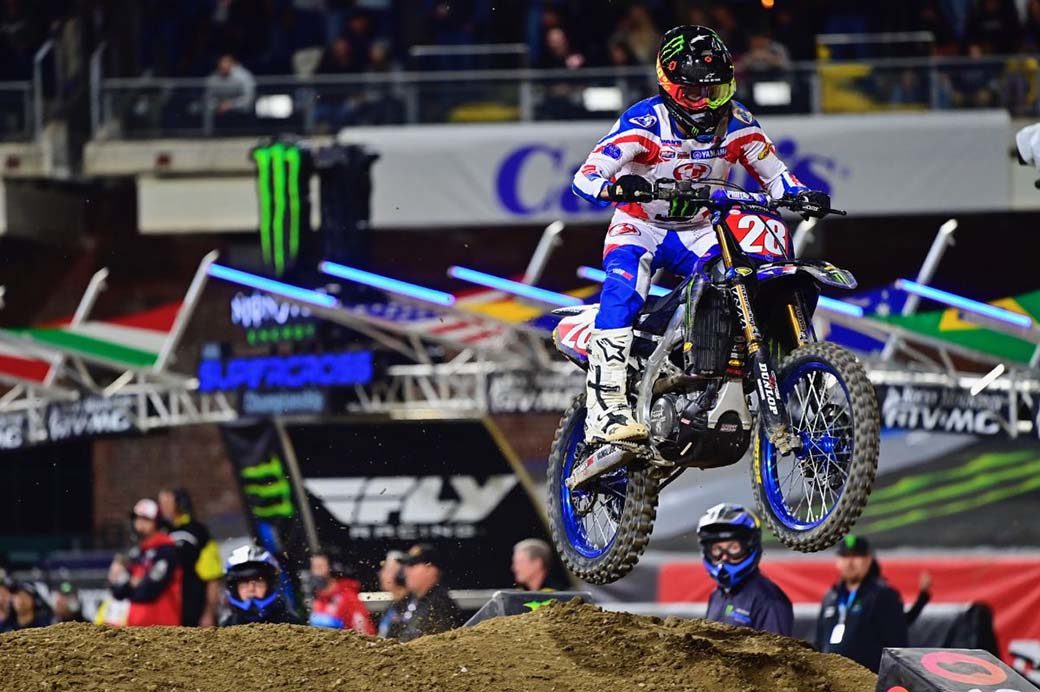 The Californian’s heroics at the Petco Park in San Diego, California, scored valuable points to keep the red plate on his Yamaha YZ250F. His young teammate Nate Thrasher salvaged points with an eighth-place finish after running off track in challenging conditions.

Craig continued his dominant form in 2022, leading every session and winning his heat race to take the number-one-gate pick. Unfortunately, he got caught up in a first turn pile-up and rejoined at the back of the pack. Unwilling to give up, the Californian dug deep and charged through the pack, advancing 19 positions to end the night third in front of the home crowd and leave with a six-point lead in the 250SX West Championship.

Thrasher continued to make forward strides and had good starts in his heat race and the main event. Amidst the chaos in that final race of the evening, he was in the top five. He then made his way to third by Lap 6 but unfortunately went off track after the halfway mark. The young Tennessee rider was shuffled back to ninth, but he kept fighting and regained another position to end the night eighth.

Team manager Jensen Hendler: “San Diego was a good night overall. We are happy to get out of here with a third for Christian, and Nate showed podium potential. Christian got caught up in a first turn pile-up in the main but got up and put in some work! He charged up to an impressive third-place finish, and it was just an awesome ride. Nate had a pretty good start and found himself in third pretty early, but a mistake found him off the track and having to fight his way back up to eighth. We’re leaving here happy to have two healthy riders and are focused on a championship season.”

Christian Craig: “It was a crazy night, a crazy ride, for sure. There’s nothing worse than laying on the ground in the first turn. I’m not really sure exactly what happened. I came together with another rider, and I clipped someone’s back tire and went for a ride. After that, I just put my head down and kept reading the board. I saw P5, P4, and then I saw third in sight, and I knew it was possible. So yeah, 22nd to third, I’ll take it. We minimized the damage tonight from a first turn crash, dug deep from Lap 1 to the checkered flag, and got it done. You never want to do it like that. You always want it to be easy like the first two, but that’s not how supercross goes. It’s a crazy sport, and anything can happen, so you’ve just got to try and make the most out of it.”

Nate Thrasher: “It was a tough night in San Diego. I felt good throughout qualifying, but a few costly mistakes made for a long night! We made some progress on our starts, but I’m not satisfied. I’m going to continue to put in the work to be where I want to be.”