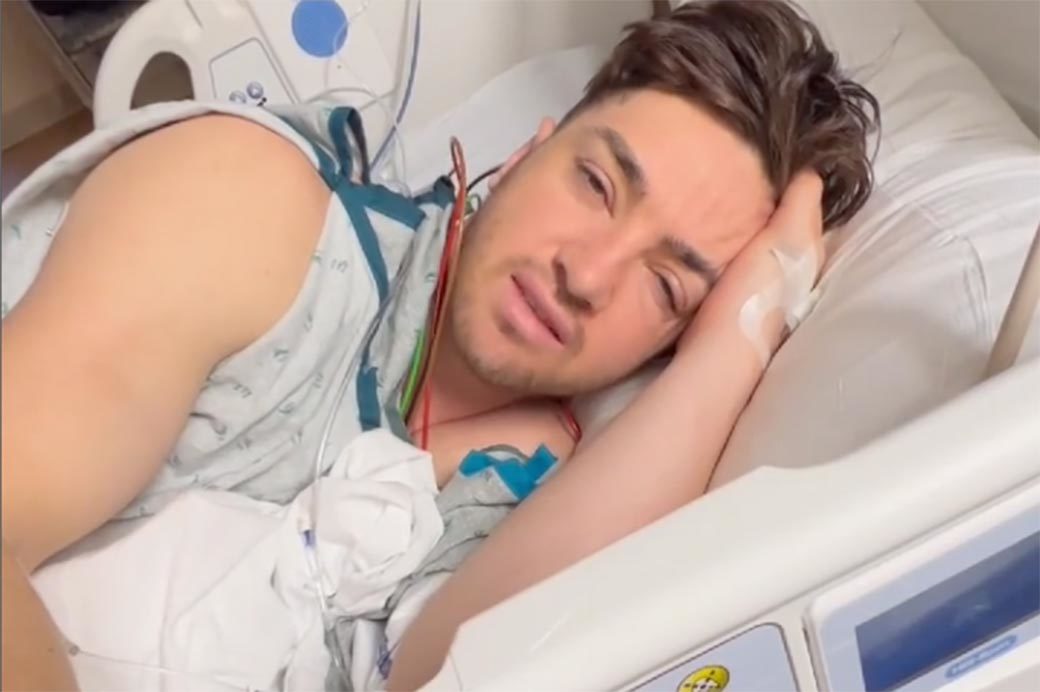 In an update, Dean Wilson has revealed he has been left with a freak injury from the ugly-looking crash at St. Louis Supercross on April 9.

Wilson had a decent start to the opening Main Event at St. Louis’ Dome, but it quickly turned sour with an unusual crash on the third lap of the race.

After two operations and another one still to come tomorrow, Wilson has now offered a detailed explanation of what happened and his current medical condition that will see him out of action for an indeterminate period of time.

“I’m lying there and just feel really, really warm, and I look down and I’m just laying in a pool of blood,” explains Wilson in the video that some listeners may find upsetting. Hit play for Deano’s full and stomach-turning explanation and to see a clip of the St. Louis Supercross crash. Update: Or keep scrolling to read a transcript.

“I went through the whoops and I was about in seventh place, then my rear wheel just hit an edge – it just shot me left,” said Wilson. “I was going pretty fast into the whoops, and it [the edge] just shot me into the hay bales, and I hit this little wall [with a hard and sudden stop], and I kinda ejected from the bike.

“I’m lying there and feel really, really warm, and I look down, and I’m just laying in a pool of blood. There’s just blood everywhere.

“The Alpinestar crew did a good job. They came on the track, and they bandaged me up as best as they could, but there was just blood leaking like insane.

“Of course, the injury was on my ass cheek. I think what happened is when I was going towards the wall, I ejected from the bike, and my ass went into the footpeg.

“So I got a laceration about 10 inches deep; the doctor said she could put her whole hand into the wound.

“We get to the hospital, and I’ve got five doctors playing with my butt [Deano chuckles] – I can’t say I’ve ever had that before.

“I went for two operations that night, and then I have another one tomorrow.

“It’s kind of a weird injury – never had it before, and it sucks big time.

“I pretty much made myself a third butt hole [Deano’s wife chuckles and questions his maths – he’s clearly still out of it]; sorry, a second butt hole.

“I’m very uncomfortable with throbbing, and I’ve been lying on my side for the past 36 hours – it’s been miserable.

Deano will now be out of racing for an indeterminate period. At the very least, I would imagine he will miss the early rounds of the Lucas Oil AMA Pro Motocross Championship, which starts next month.