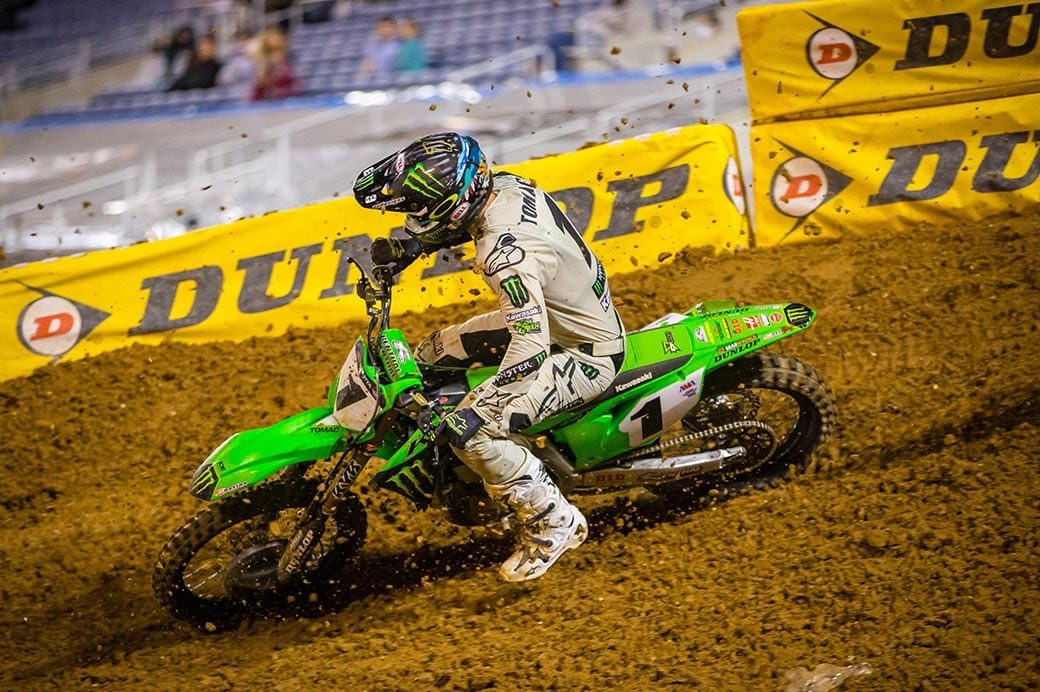 In the 450SX class inside Camping World Stadium, Monster Energy Kawasaki rider Eli Tomac took on the familiar Orlando supercross track as weather conditions prevented the series from changing the layout during the week.

It was the #1 machine of Tomac who clocked the fifth-fastest time in overall qualifying aboard his KX450 with his team-mate Cianciarulo right behind him sixth.

Tomac lined up for the second 450SX heat race of the night and had his work cut out for him after starting outside of the top-10 in the opening laps, but the defending champ would climb back into qualifying position with a seventh-place result.

When the gate dropped for the main event, Tomac started the opening laps in seventh place before moving into fifth where he would find himself in a challenging three-way battle with fellow title contenders and eventually finished in sixth place.

“Today was just not my day,” Tomac said. “The track conditions were rough at the start, but I had no issues finding traction and qualified in fifth aboard my KX450.

“In my heat race, I got a terrible jump out of the gate and this track was extremely difficult to pass on, I had to settle for seventh going into the main event.

“In the main event, I had a decent start and was able to get into a good position inside the top-five where I had a solid three-way battle going with [Justin] Barcia and Ken [Roczen].

“I fought as hard as I could tonight, but it was only good enough for sixth place.

“We have the next weekend off from racing, so we will regroup and come out swinging at my favourite place to race, Daytona.” 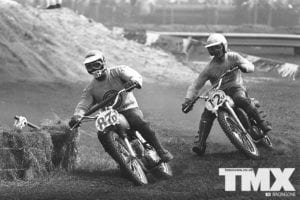 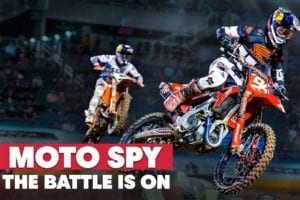 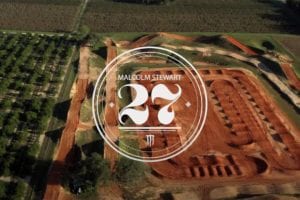