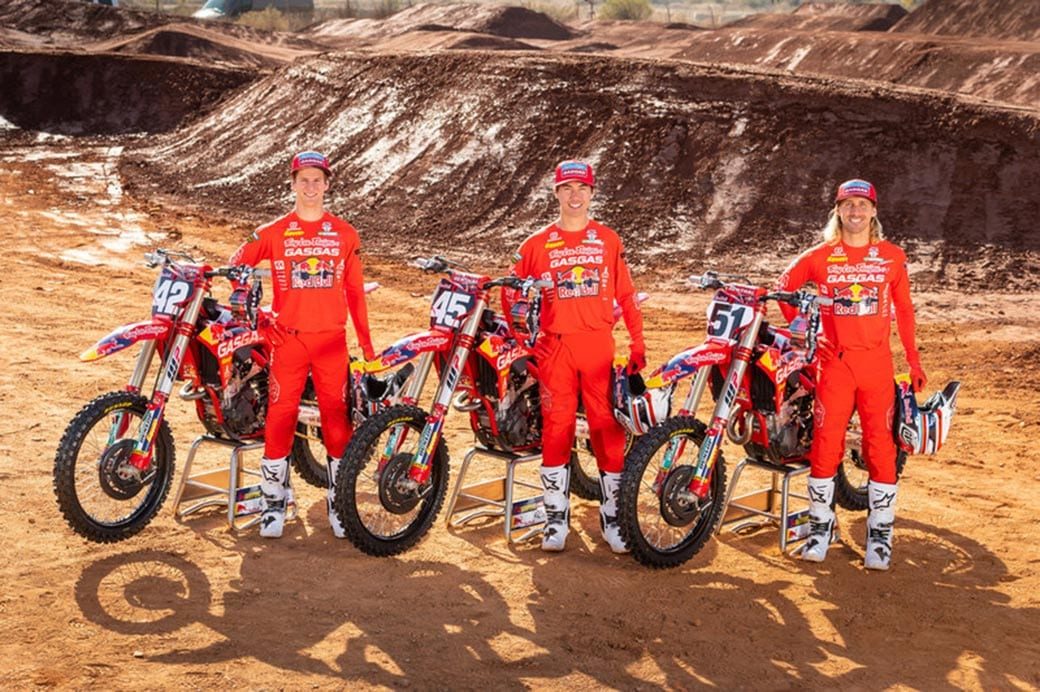 GASGAS North America has announced their racing plans for 2021, at a press event held near the company’s North American Headquarters in California.

The highly-anticipated Troy Lee Designs/Red Bull/GASGAS Factory Racing Team is set to make its official U.S. racing debut next Saturday, January 16 at the opening round of the AMA Supercross Championship in Houston, Texas. 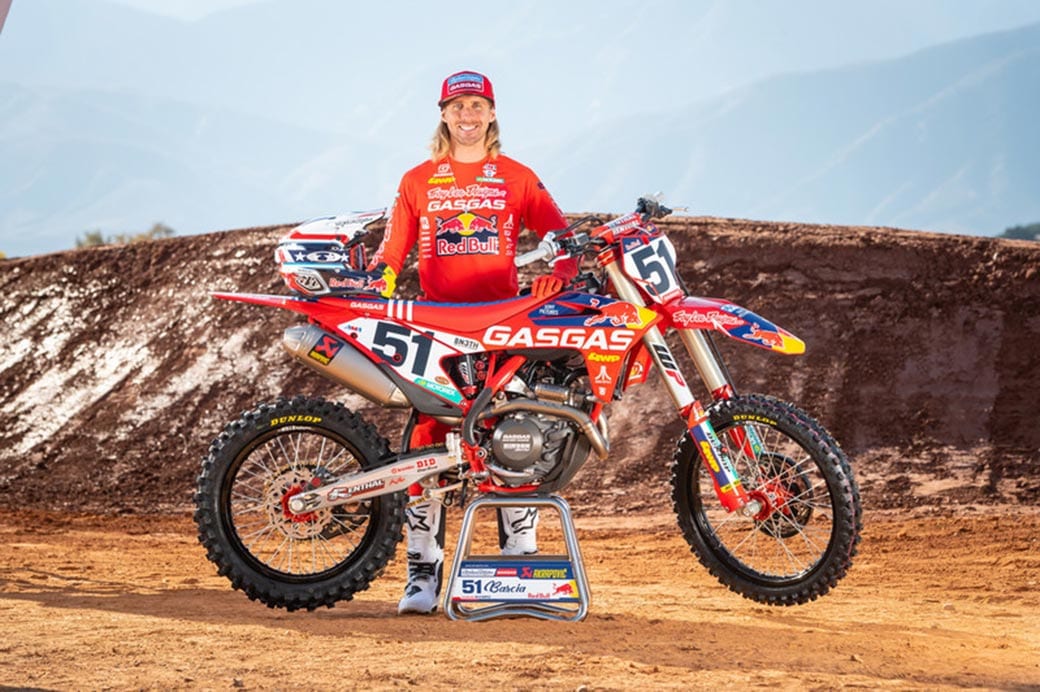 Justin Barcia, who will bang bars in the premier 450SX class aboard the MC 450F, is no stranger to kicking off the season with fire as he has enjoyed opening-round victories over the last two seasons (2020 and 2019).

His team-mates, Michael Mosiman and Pierce Brown, are set to divide and conquer the 250SX classes aboard the MC 250F. Mosiman will begin his charge in the Eastern division with Brown focused on strong finishes in the West series. 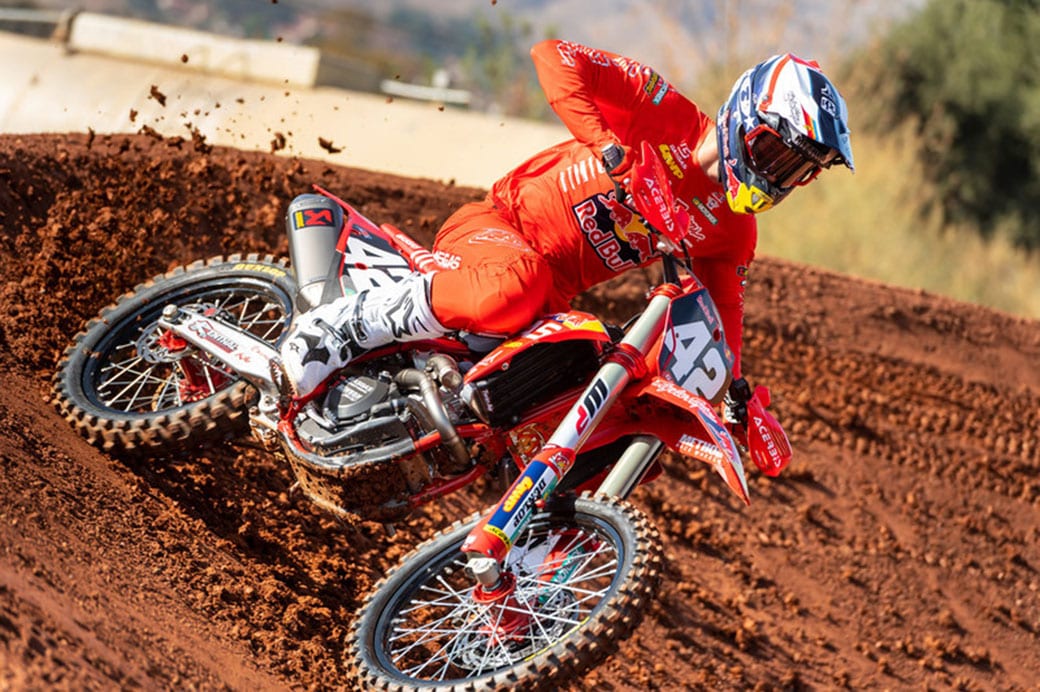 Longtime manager of Troy Lee Designs’ race team efforts, Tyler Keefe, will head up the Troy Lee Designs/Red Bull/GASGAS Factory Racing Team with years of knowledge and expertise behind him.

“We may be new to the GASGAS brand this year but we are not new to the Supercross racing scene,” said Keefe. “It’s been a lot of work for everyone involved in order to get this team ready to go racing and I know that we have a strong team of riders and crew behind us to make it happen.

“It’s been a dream come true for Troy to have a 450 racing effort and he is beyond stoked to debut in the 450SX class with Justin Barcia next weekend.” 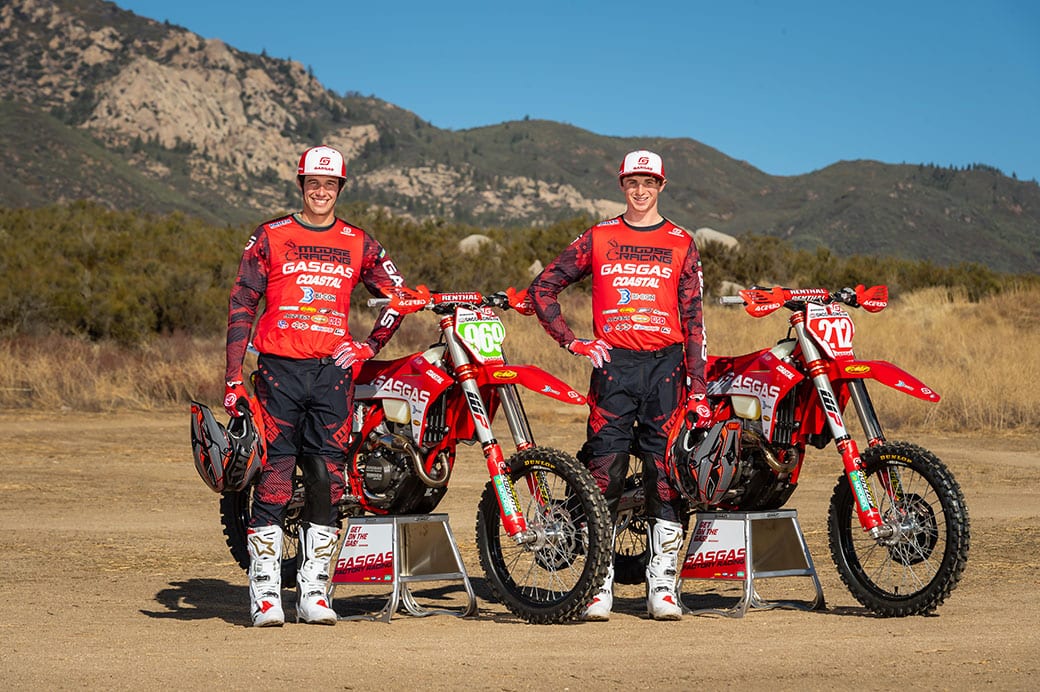 In off-road racing, the brand new Coastal GASGAS Factory Racing Team is ready to ‘GET ON THE GAS’ with a two-rider line-up for 2021. 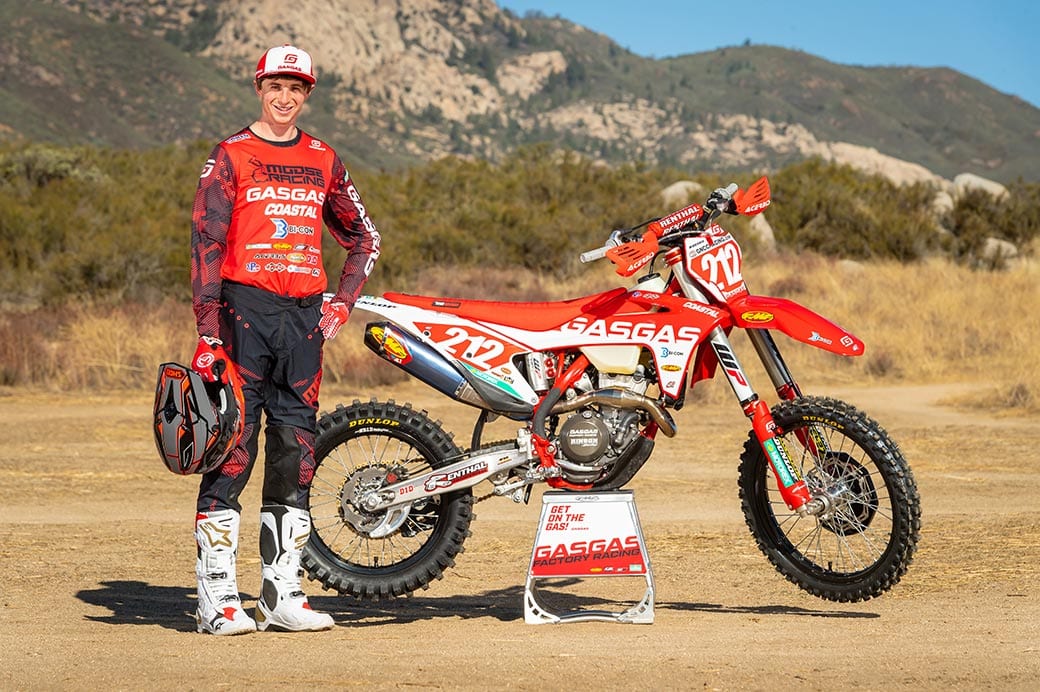 Washington native Ricky Russell will headline the team’s efforts in the premier division racing aboard the GASGAS EX 450F, with up-and-comer Johnny Girroir racing aboard the EX 250F. Both riders will primarily compete in the Grand National Cross Country (GNCC) Series, in addition to the National Enduro Championship and select offroad events around the country. 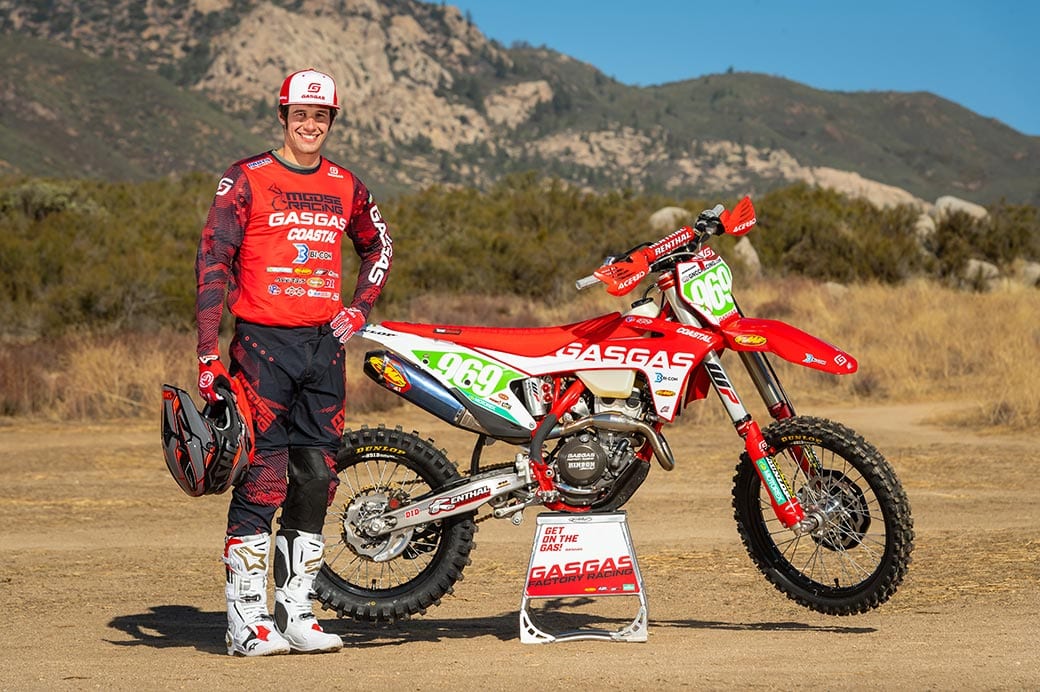 Led by eight-time GNCC National Champion and Team Manager, Barry Hawk, the newly-developed team further deepens the level of competition inside the offroad paddock as they dive into the next chapter of racing in 2021.

Barry Hawk: “I’ve been in this sport for many years so it’s very exciting when a great opportunity like this comes along. The Coastal GASGAS Factory Racing Team is the next level for us and with the resources available from GASGAS along with the infrastructure that we already have in place, I’m looking forward to and expecting great things this season.”

Staying true to its roots, the GASGAS Factory Racing team will once again field a two-rider line-up to compete at the highest level in the MotoTrials USA National Championship.

Building on his long history with the brand, 10-time AMA National Trials Champion Geoff Aaron will continue representing GASGAS in the U.S. as Team Manager of the Trials Racing division.

“I’ve been a part of the GASGAS family for just around 20 years now and I can’t say enough about the TXT GP models and everything that this brand represents,” said Aaron. “I’m really looking forward to the 2021 race season.”