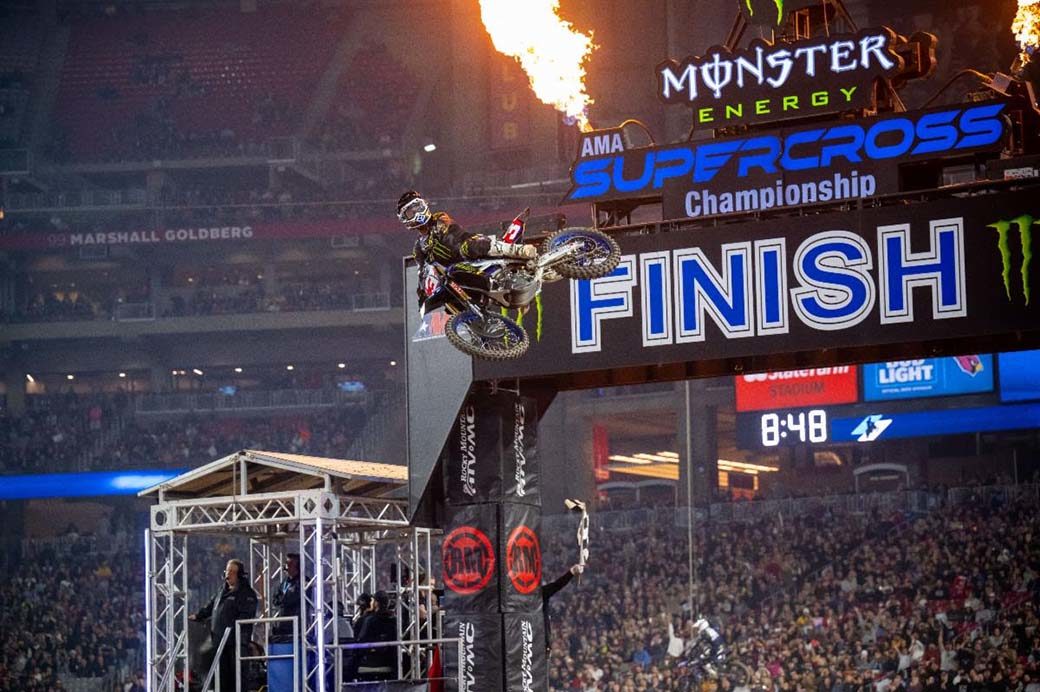 In the Western Regional 250SX Class, Team Honda HRC’s Hunter Lawrence took his first win of the season with consistent 2-1-2 finishes inside the first football stadium venue of 2022. 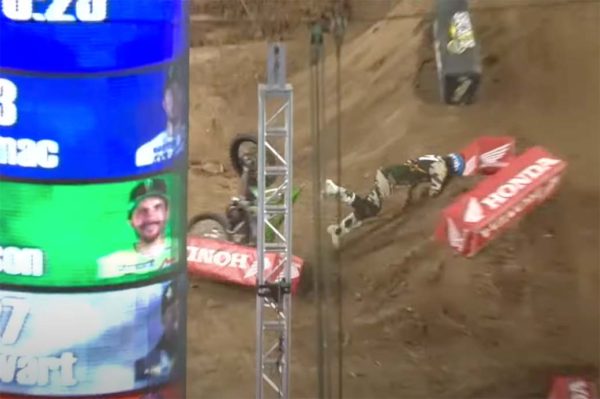 When the 450SX Class dropped the gate on the ninth-ever Triple Crown format race, Tomac shot out of the gate and holeshot the field in race one. From there he built over a three-second lead that held to the chequers.

Team Honda HRC’s Ken Roczen held second early but had Monster Energy Kawasaki’s Jason Anderson and Malcolm Stewart on his tail. Two minutes into the 12-minute plus one lap race, Stewart pushed past Anderson for third.

Further back, round three winner Chase Sexton was in the mix but two tip-overs relegated him to an eleventh place finish. With less than three minutes on the race clock Anderson, then back in third, pushed cleanly past Roczen. Stewart moved around the Honda rider soon after to wrap the top five in race one as Tomac, Anderson, Stewart, Roczen, and Red Bull KTM’s Marvin Musquin.

In the early laps, Stewart took over third place while defending champion Webb dropped back steadily, eventually finishing in eighth.

Tomac rode perfectly and quickly distanced himself from any pressure for the lead spot. Just before the race’s midpoint Jason Anderson got slightly off-line on a launch and jumped off the track in a long rhythm section. He twisted his bike’s levers and got it hung up on a Tuffblox. It dropped Anderson outside of the top 10.

Monster Energy Star Racing Yamaha’s Dylan Ferrandis was the rider on the move late in the race, reaching fifth by the end, displacing Roczen to sixth. Anderson climbed back to twelfth by the finish.

In the final race of the night, Sexton rocketed out to the holeshot and quickly built a lead just out of reach of the battles behind him. Stewart sat second with Tomac in third, in position to take his fifth Triple Crown overall win if things held where they were.

Anderson was the rider on the move early, pushing past other racers until he forced a three-rider battle for second place. With just over five minutes left on the clock, Tomac pushed into second, but Anderson charged past both Stewart and Tomac to take over the spot and set his sights on Sexton, who was 4.2 seconds ahead on the track. Anderson wasn’t able to track down the Honda rider, costing him a podium finish. It was Anderson’s first Triple Crown event in which he did not leave with podium-position points. 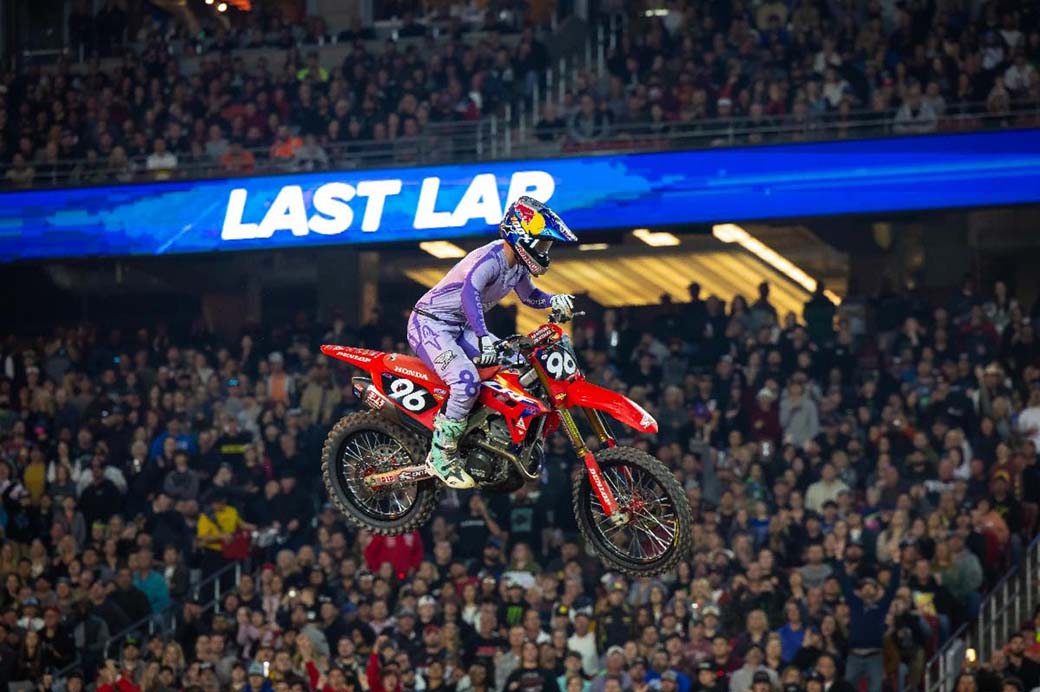 The Western Regional 250SX Class racing was equally intense. Hunter Lawrence grabbed his first win of the year after landing on the podium at each prior round.

He earned the top spot in Glendale through similar consistency with 2-1-2 finishes in each of the 10-minute plus one lap races.

Points leader Monster Energy Star Racing Yamaha’s Christian Craig won races one and three nearly unchallenged from start to finish, but his second race was a wild one. 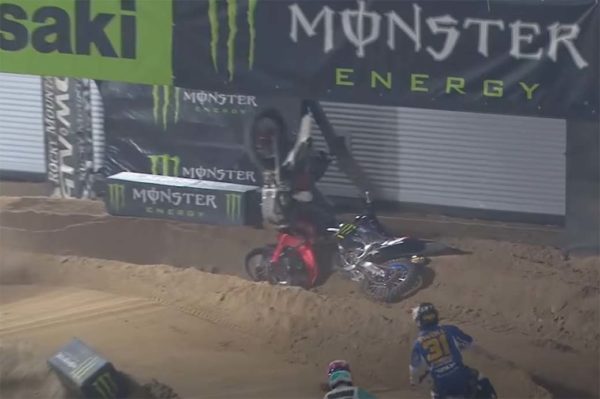 After Craig took over the lead on the opening lap, Smartop Bullfrog Spas MotoConcepts Honda’s Vince Friese collided with him in the sand section. The impact sent Craig sailing off the track and into the stadium’s field barriers. Craig’s charge to fourth in that race, salvaging an overall podium finish. 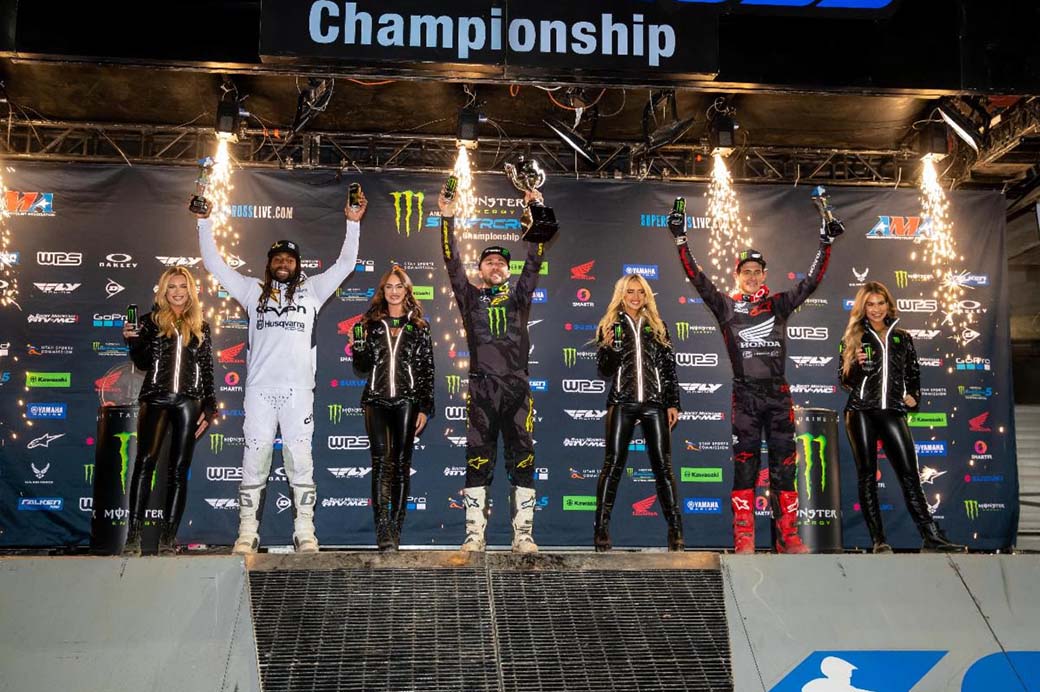 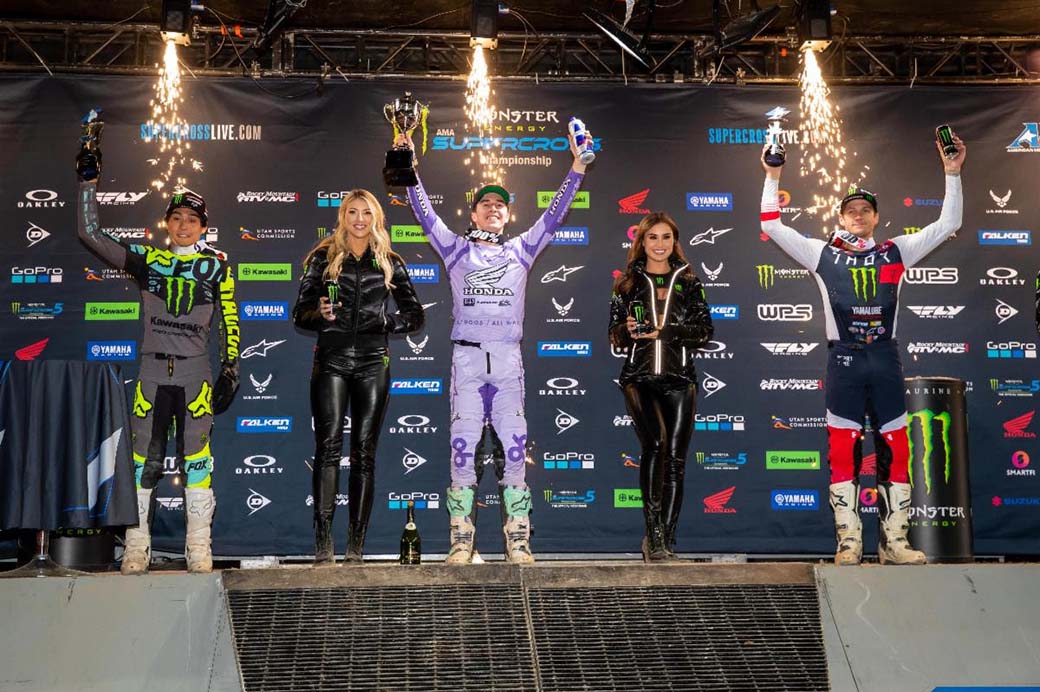