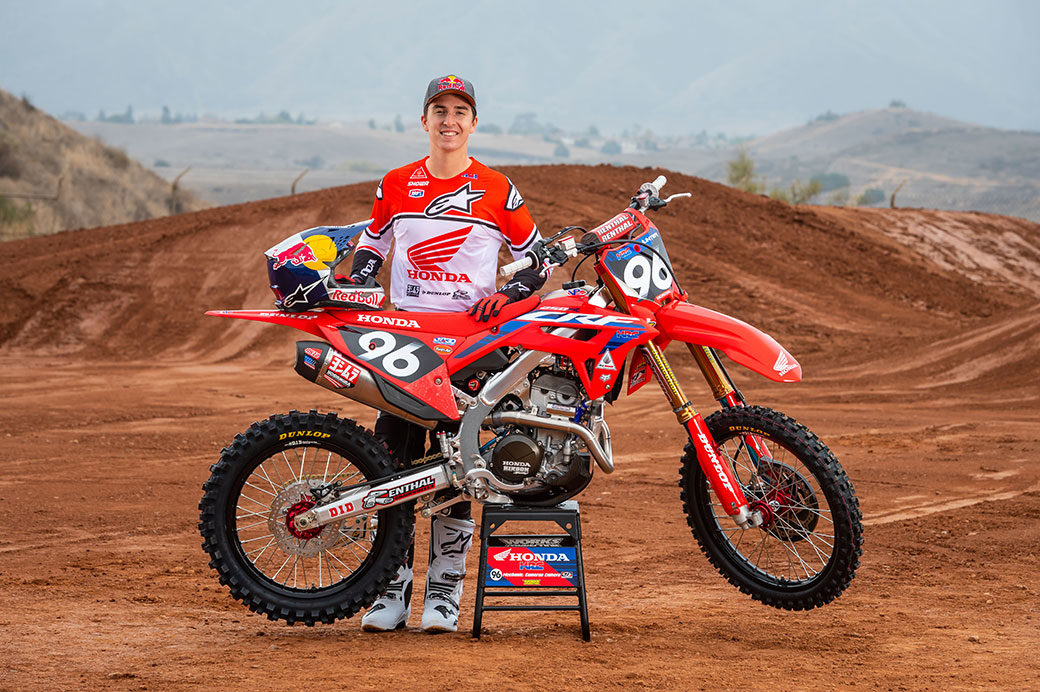 During a small ceremony today in the Team Honda HRC pits at the High Point round of the AMA Pro Motocross Championship, Hunter Lawrence signed an agreement prolonging his relationship with Honda for another two years.

The Australian is currently in his second year with Team Honda HRC after spending two years with Factory Connection, Honda’s former 250 satellite team. Under the new agreement, Lawrence will remain with Honda through the 2024 season, corresponding with his period of eligibility in AMA Supercross 250SX Regional racing.

“I’m really happy to continue with the team for another two years,” Hunter said. “I’ve been with Honda for a while now, and everyone here has become like a family to me. My team has the bike working well, and we have a lot of fun together. I hope to be here for a long time to come.”

“Hunter has an engaging personality that the fans and the team love,” said Brandon Wilson, American Honda’s Manager of Sports and Experiential. “He has a great head on his shoulders and is surrounded by a phenomenal support group, and his performance and improvement in both series make us all really excited for his future. We have a lot of faith in him and are happy that he feels at home with the Honda family.”

Hunter’s agreement puts him on a similar trajectory with Jett, who currently has an agreement with Honda through the 2025 season.