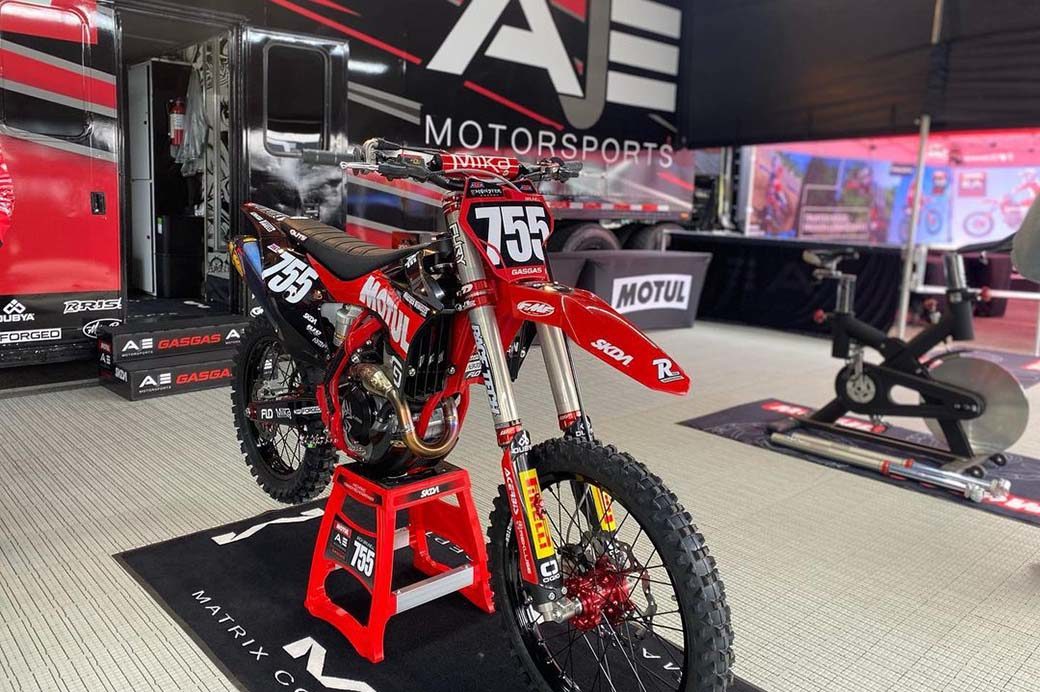 ASA United GASGAS rider Jack Brunell was delighted to get a last-minute fill-in with AJE MOTORSPORTS for Anaheim 1. Sadly, it ended on a sour note after he sustained fractures to his leg and wrist early in the day.

Without the proper preparation, it would always be tough for Brunell. But the experienced indoor rider was unlucky to be on the receiving end of an injury before his 250SX West day got going – especially considering he didn’t even crash!

“A1 didn’t go to plan. I came up short on a jump in Time Practice 1 and landed hard on my ankle and wrist – didn’t fall but managed to finish the lap off, then stopped,” explained Brunell. “I tried to ride the evening but was too swollen so could not hold on great. Gutted as I felt good on the bike.”

Still, he managed to finish 15th in his heat race but unfortunately could not start the LCQ.

“I got X-rays yesterday and have got a fracture in my tibia and my wrist so sucks I will miss Oakland but should be able to race San Diego just resting up and will try my best,” he added. “Thanks to everyone that has helped me.”