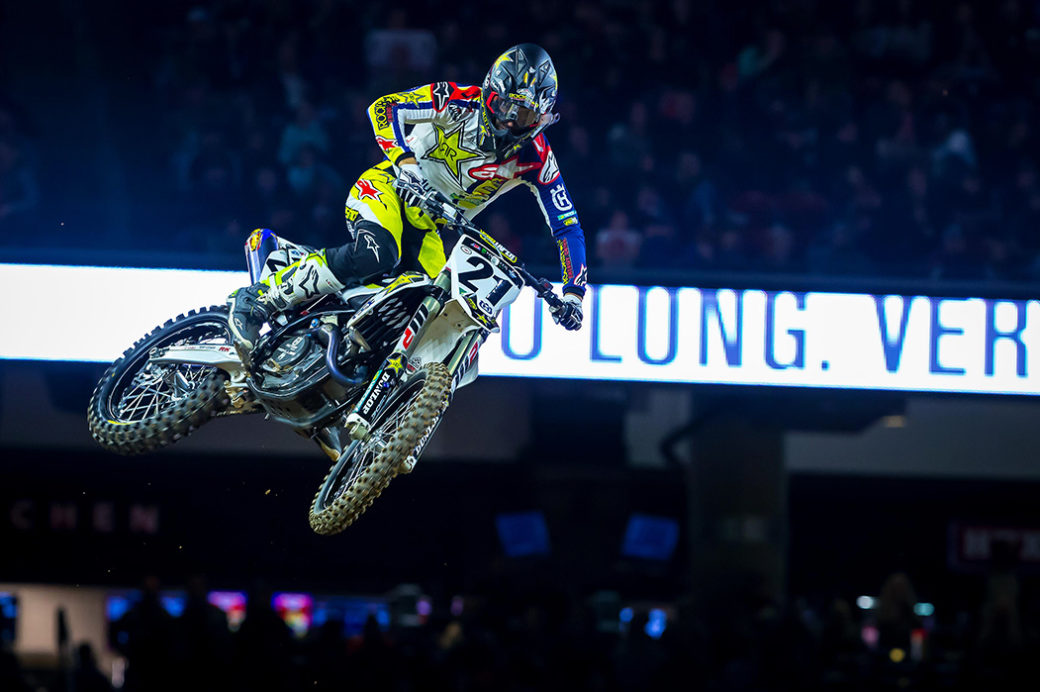 Rockstar Energy Husqvarna Factory Racing’s Jason Anderson wasted no time in taking a massive, come from behind main event win and, with it, the points lead and red plate!

From the very first lap of the day, Anderson was in the zone and rolled on his own momentum all night long riding with the perfect mix of raw speed and control.

With 450 teammate Dean Wilson forced to sit out the night due to lingering pain from his Anaheim crash, Anderson stole the show and notched his second career victory in Houston’s NRG Stadium. 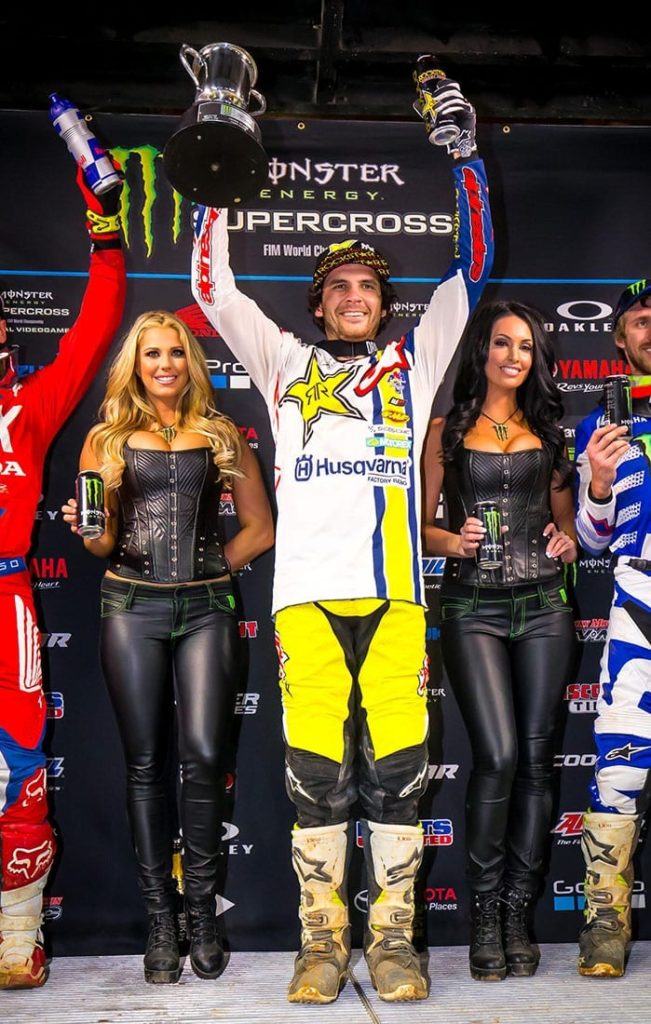 After posting the fastest qualifying time of the day, Anderson pulled the holeshot in his heat and dominated the remainder of the race to earn his second consecutive heat race victory.
He was fifth at the start of the 450 Main Event and quickly moved to fourth. He made the move for third around Weston Peick at the end of the first lap and kept digging to the front.

He inched closer to second-place rider, Justin Barcia, found some great lines, then took advantage of a mistake made by Barcia to make the pass for second.

He then went on a charge and set his sights on the lead. He patiently waited for his opportunity to strike, then made a successful pass through the rhythm section using an alternate line to take over the lead with just over five minutes remaining.

“Houston was probably the most perfect day I’ve ever had in my career,” said Anderson. “I won every time I was on the track – both practices, heat race and main. It was a battle, but it was awesome. I’m in the zone but, at the same time, I don’t want to get ahead of myself. I feel good and I’m in a good spot.”