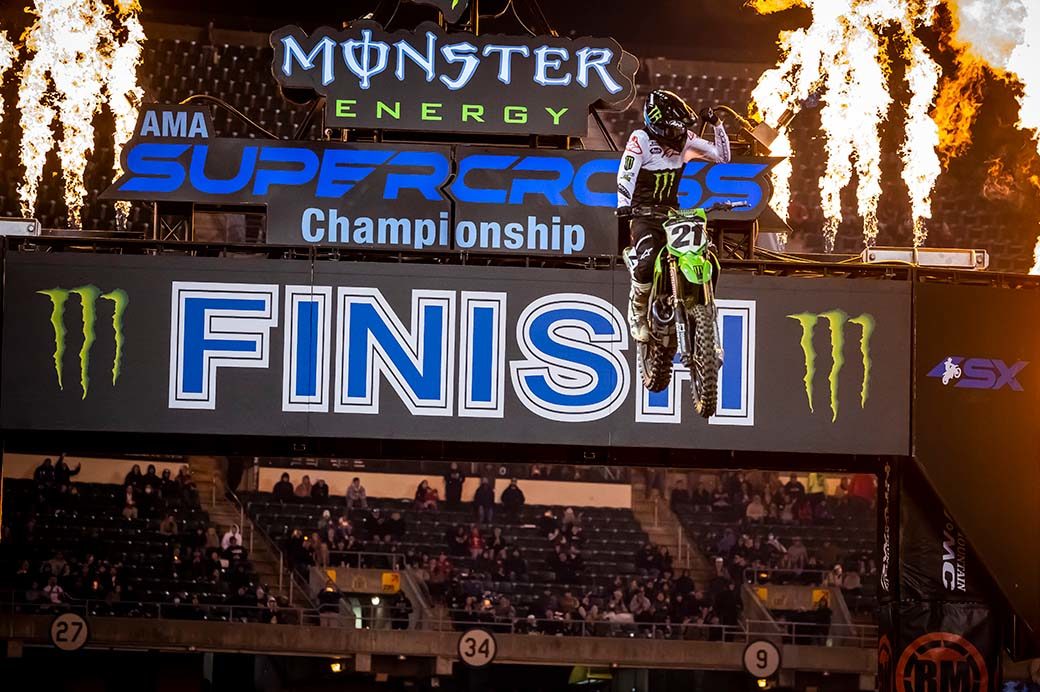 Round two of the Monster Energy AMA Supercross Championship brought riders up the western coastline to RingCentral Coliseum in Oakland, California where Monster Energy Kawasaki rider Jason Anderson earned the 450SX Class victory aboard his KX450SR.

Anderson started his day with a tactful approach to the historically soft conditions of the Oakland SX track. At a venue that is known to break down throughout the night, Anderson elected to patiently explore different lines before increasing speed in the second qualifying session.

This approach gave Anderson critical insight into the track’s development and the potential for different rhythms before the racing program began. At the conclusion of timed qualifying, Anderson was fourth with a 59.380.

When the first 450SX heat race got underway, Anderson emerged from turn one in second place. The #21 Monster Energy Kawasaki rider raced forward with notably impressive speed through the track’s two particularly challenging whoop sections. Anderson sustained pressure from behind at the mid-point of the race but, proved his composure as he continued hitting his marks and gapped away from the challengers to finish the race with a second-place result. 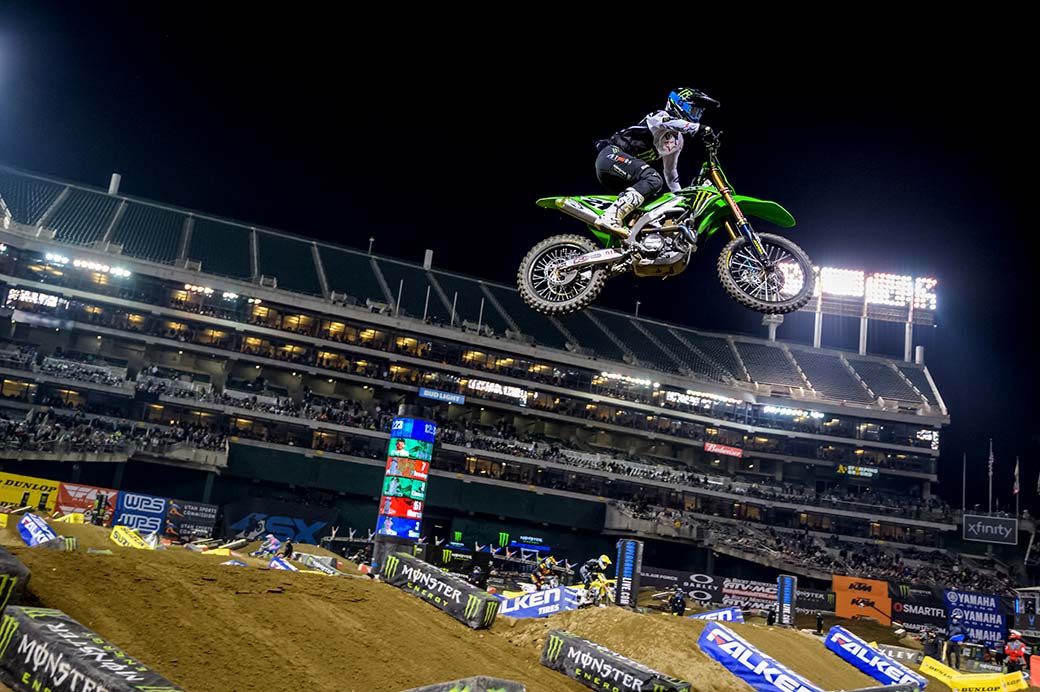 The start of the 450SX Main Event saw teammate Adam Cianciarulo once again grab the holeshot and take command of the lead early while Anderson followed close behind in third. Anderson made his way quickly into second position and the Monster Energy Kawasaki duo led the field in the top two spots for the opening laps.

On lap three, Anderson made his move to take control of the lead from Cianciarulo with a well manoeuvred inside line entering a 180-degree bowl turn. Once Anderson took command of the lead, he never looked back. The notoriously free-spirited rider showed his grit as he outmatched the competition lap after lap on the progressively deteriorating racetrack.

Anderson went on to bring home his first Main Event victory since 2018 in only his second start with the Monster Energy Kawasaki racing team. 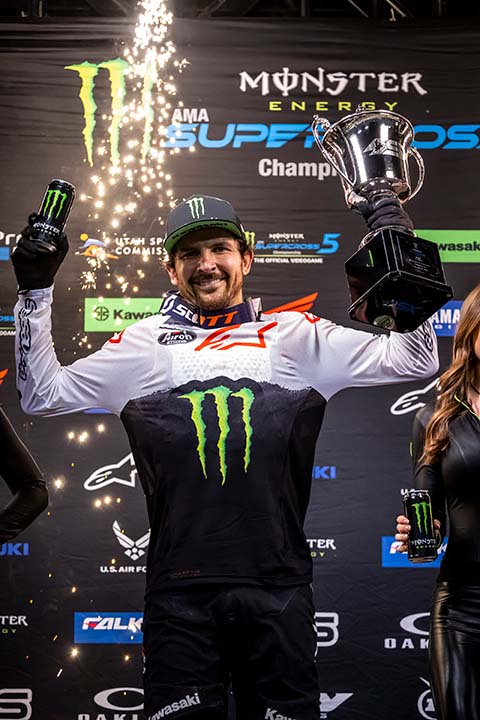 “It’s been a long time since I’ve had a win, but I never stopped believing in myself,” said the 2018 Supercross champion. I always knew I could be back up here on the top step, I just needed to put it all together.

“The track was tricky tonight with how beat up it got, but I feel super comfortable on the KX450SR and that was a huge factor in getting across the finish first.

“There are a lot of races left and I hope to stay here fighting for wins throughout the season.”

Cianciarulo rode with admirable effort to challenge for podium contention well into the mid-stage of the race before the difficult track conditions and the effects of his ongoing shoulder ailment resulted in a hard-earned 12th place finish.