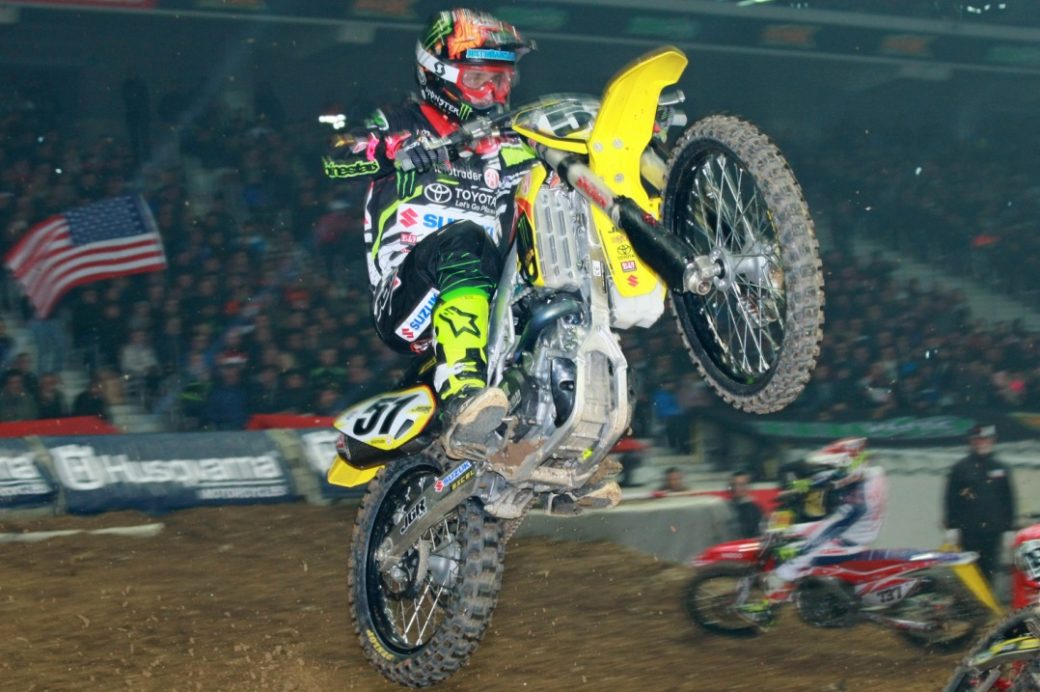 As the days count down to the opening round of the AMA Supercross Championship, it looks like JGRMX Suzuki’s Justin Barcia will be on the sidelines at Anaheim.

Romours have been circulating earler this week of a wrist injury to Barcia, but the severity of the injury was unclear

Here is the full press release from the Barcia camp…

Justin Barcia will miss the opening rounds of the Monster Energy Supercross series due to a wrist injury. Justin had high expectations for the 2017 Supercross season on the JGRMX Suzuki, and is extremely disappointed to miss the start of the series.

The injury occurred several weeks ago when a chain failure in the whoops sent Justin over the bars. Justin consulted with his surgeon in Florida, who ordered multiple radiological studies which revealed a fracture of his lunate bone, as well as ligament damage.

While it was determined that surgery would not be necessary, the injury requires time off the bike to allow for proper healing.

Justin said,  “I am so disappointed to have this wrist injury, especially now, but I’m glad that surgery is not necessary”.

Justin will maintain a rigorous off-bike training protocol to allow him to join the series as soon as he is cleared by his team of doctors. Justin is extremely anxious to compete on the JGRMX Suzuki, but he will have to wait for the appropriate time to make his 2017 debut.

Justin will be at Anaheim this weekend for press events and to support JGRMX Suzuki as they kick off the start of another exciting season. He wishes to thank his team, sponsors and all his fans for their support through this time.