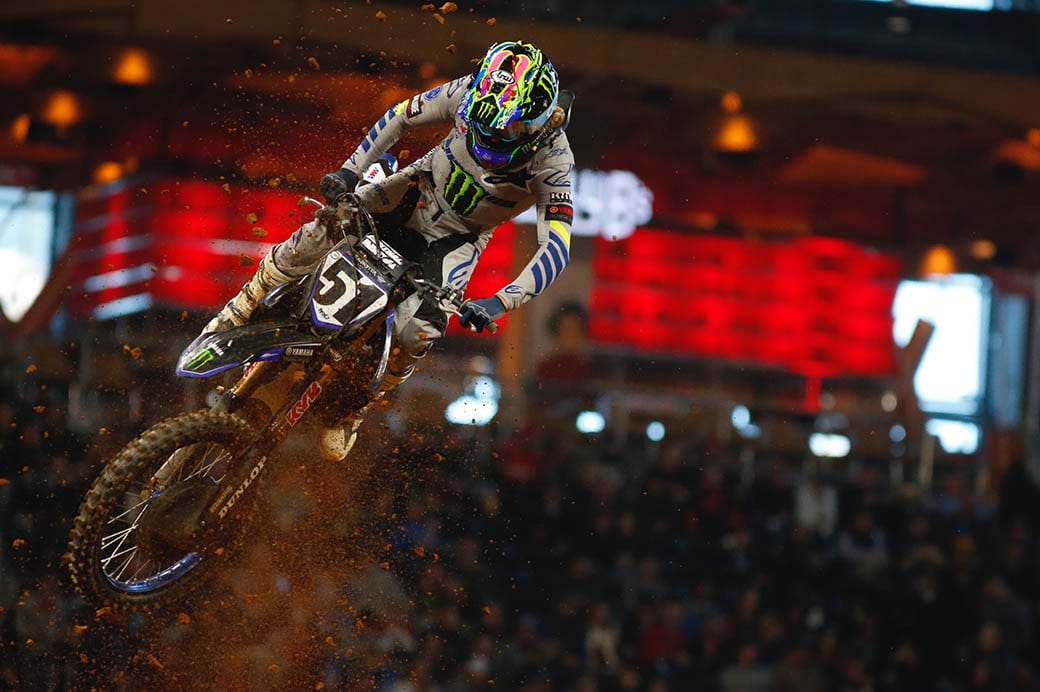 Justin Barcia fought his way back from a mid-pack start (Image: Yamaha Racing)

Monster Energy Yamaha Factory Racing’s Justin Barcia fought his way back from a mid-pack start to take an impressive second-place finish on a wild night of racing tonight in Atlanta, Georgia.

Despite a less than perfect start in 11th, Barcia was a man on a mission. With a combination of speed and capitalising on rider errors, he progressed through the pack.

With four laps remaining, he passed in the fast left-hander to take fourth and then moved into third going into the sand section.

He put his head down to chase after second and made his move after the bridge in the final laps of the race to take his third podium of the season, moving him back up to third in the Monster Energy AMA Supercross 450SX standings.

“What a crazy race,” said Barcia. “I started middle of the pack and made lots of passes in the beginning. I kind of got into a groove in the middle and was behind a couple guys waiting for some mistakes to capitalise on something. They started falling apart a little and I was able to move into second towards the end and just rode really solid.

“The track broke down a lot. It was the roughest Supercross I’ve ridden in a while, but all in all, I felt really good and the bike was solid. I can’t thank the whole team enough for making good changes on the bike all day and always believing in me.”