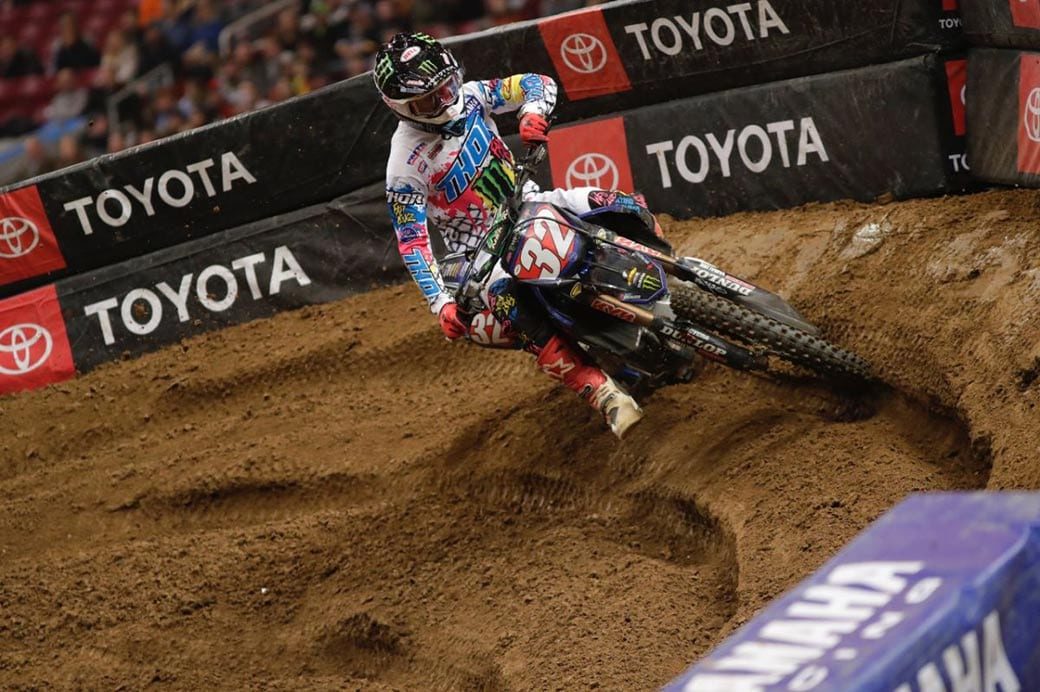 That crash broke a bone in his foot, which means he is now stuck doing cardio work until it’s healed up. But he appears to be confident of making the opening round of the 250SX West championship. That kick starts in just under a month on February 20 at the Camping World Stadium in Orlando, Florida.

“Unfortunately, I had a small crash in a turn last week where the bike came down and landed on my foot wrong,” said Cooper. “I ended up breaking a bone in my foot, so I’ll be on this thing [exercise bike] getting my cardio in until further notice.

“Doing everything I can to be back as soon as possible. I’ll be at round one ready to go. See you guys there.”