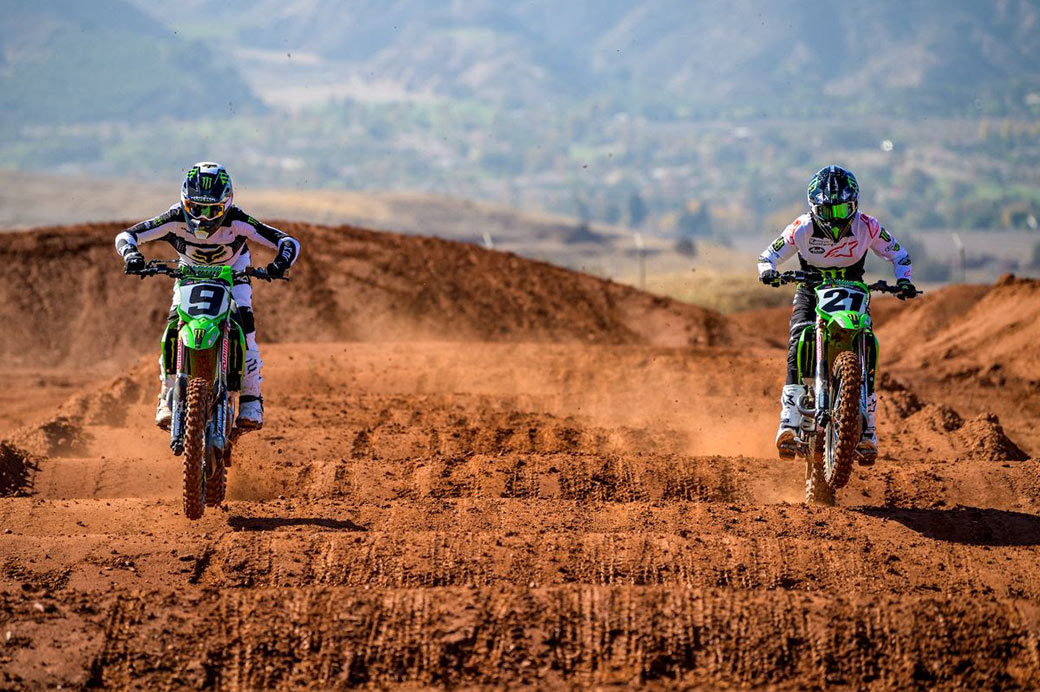 Monster Energy Kawasaki and Monster Energy/Pro Circuit/Kawasaki are geared up for yet another full year of world-class racing in 2023.

The Kawasaki racing teams will compete against the premier supercross and motocross talents from around the globe as they seek to contend for the 2023 Monster Energy AMA Supercross Championship, the AMA Pro Motocross Championship and the groundbreaking SuperMotocross World Championship.

“We are confident with our team roster for 2023,” said Kawasaki Racing Senior Manager, Dan Fahie. “The success we shared with Jason in both supercross and motocross is promising as we look to the upcoming unified SuperMotocross World Championship. We’re also very optimistic about Adam’s return to the starting gate as he’s proven to be a top contender at the premier level. We are in a great place with the development of our KX450SR and look forward to continued success through this next evolution of professional motocross.”

“My first year racing the KX450SR with the Monster Energy Kawasaki team has been awesome,” said Anderson. “I’ve won more races this season than any other in my career, so it’s clear the program and the team environment we have are working well. Next year there will be more up for grabs than ever before, so we are focused on making another strong push for the championship.”

Cianciarulo will line up with Monster Energy Kawasaki in 2023 to continue his illustrious 18-year partnership with Kawasaki as he enters his fourth year of 450 Class racing. The No.9 KX450SR rider graduated through the Monster Energy Kawasaki Team Green program on his way to the 2019 AMA Pro Motocross 250 Championship, was crowned 2019 Monster Energy Cup Champion, secured 2020 Pro Motocross runner-up honors and has a total of 21 combined professional wins. Cianciarulo is geared up to capitalize on a full off-season of preparation with the team ahead of his 2023 Championship efforts.

“I’m eager to get back to racing at the top level again this year,” said Cianciarulo. “With a thorough recovery period behind me, I’m in a great place physically and mentally to excel when we go racing. I’m really enthusiastic about what’s coming with the new developments to our sport and I’m doing everything I can, along with the whole Monster Energy Kawasaki team, to be the best when it comes time to drop the gate.” 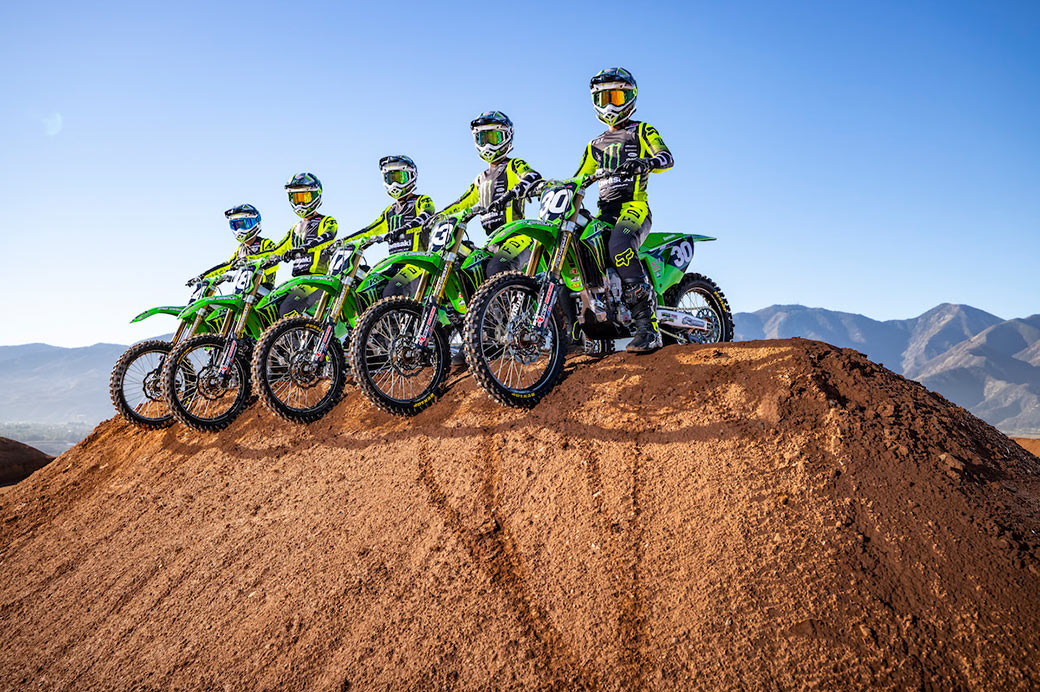 Bolstered by a remarkable 30 years of professional racing success, the Monster Energy/Pro Circuit/Kawasaki race team will contest the 2023 AMA SuperMotocross World Championship with a familiar lineup. The host of an unparalleled 291 combined supercross and motocross wins, and 31 total championships, Monster Energy/Pro Circuit/Kawasaki is equipped for continued success with Shimoda, Forkner, McAdoo, Hammaker, Reynolds, and DiFrancesco.

“We are bringing back a proven group for the 2023 racing season,” said Mitch Payton. “Jo has progressed well this year to get his first overall Pro Motocross win and we expect him to race at the front of the pack. Cameron and Austin had a solid start to the Monster Energy Supercross Championship last year and they will definitely look to carry on that same race-winning success. Seth has also shown he can compete at the front of the class and he is gaining a lot of experience this year, so we anticipate more strong performances out of him. Jett has been hard at work with the whole team to prepare for the season ahead and Ryder showed a lot of promise in the select Pro Motocross nationals he raced so we look forward to helping both of them progress next year.”

In his first two years with the team, Shimoda raced his KX250 away from the competition to etch his name in the history books as the first Japanese-born winner in Monster Energy Supercross and AMA Pro Motocross. With increasing frequency to his winning ways and a reputation for consistent finishes, Shimoda has the prowess to be a championship contender in the 2023 racing season.

Entering his eighth year with Monster Energy/Pro Circuit/Kawasaki, Forkner’s 13 wins mark him as a title favourite heading into 2023. The 250 Class veteran is poised to bring home his first professional championship.

McAdoo earned his second Monster Energy Supercross win in 2022 amid a streak of five consecutive podium finishes. The Iowa-native aims to build upon his success with a full championship campaign in the year ahead.

Lining up for his third year in the professional ranks, Hammaker’s Supercross Main Event win and five podium finishes have proven his readiness to battle at the front of the pack throughout the season.

An amateur standout and recent Team Green graduate, Reynolds is set to continue his development with the Monster Energy/Pro Circuit/Kawasaki team through 2023.