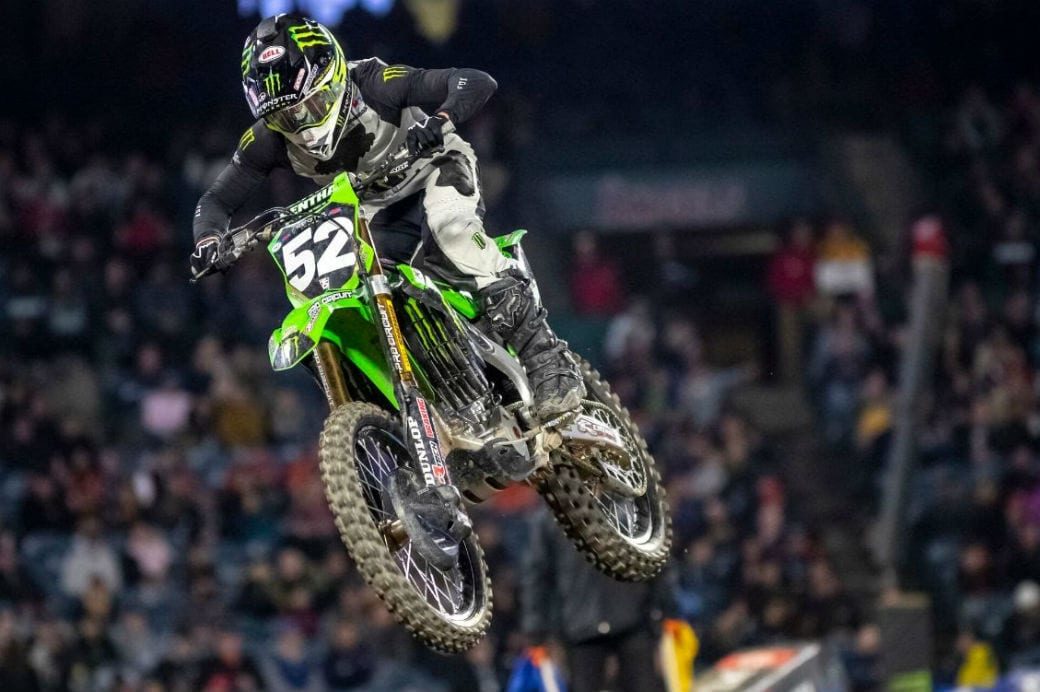 A new year, a new American coast for racing and of course a lot more challenges coming our way. One minute you’re on top and the next you’re right back at the bottom scratching your head wondering where it all went wrong.

We had a pretty successful off-season – a busy one with a lot of riding, training and testing, with – most importantly – lots and lots of laps. We had some long days and burned through a fair few gallons of race gas to get ready to race again. The last time we lined up on a start gate was back in April, so you never really know where you’re at until you race.

My off-season preparation went relatively smoothly. Before Christmas, I had the race bike ready to go, along with extra race engines too. I feel like I was the most prepared I had ever been. Although I think the only day off I took in December was Christmas Day. So by the time the first race rolled around I was already feeling some fatigue from all of the off-season graft.

With all the hype and expectations for Anaheim, it’s always a surprise, but not forgetting we haven’t raced in a long time. Austin Forkner came out and led for about 12 minutes but then hit a Tuff Blox nad re-entered the track in the wrong place. He finished third but then got put back two positions to fifth – that was to be expected.

I told Austin he will probably end up fourth or fifth and fifth it was.

Some positives to take away from that race were that his starts were good and he was able to still run up front.

With the next round heading east to St. Louis it was a quick turnaround in the shop. I found myself working the Sunday after Anaheim building the race bike so the Semi could head out in the early hours of Tuesday morning.

St. Louis was good to us. The last time we were there was two years ago and it wasn’t the best of nights but this year couldn’t have gone any better. A holeshot and a win was definitely what we needed. With the confidence growing I was excited to get back to Anaheim and try and get closer to the points lead.

If only it was that easy. After comfortably winning the Heat, the Main Event didn’t go as planned. With Austin making some poor line choices and overriding, his mistakes resulted in a crash in the whoops which cost him a podium and any chance of being in this championship hunt. A disappointing night always results in a tough week of testing and trying to figure out a new game plan.

As I’m finishing this column I have just got home from a 14-hour day with most of it being at the test track. The result seemed to be worth it though, as I believe we made Austin more comfortable in the whoops and overall more happy with the bike, too.

But we won’t really know if we are in a better position until we race again on Saturday.