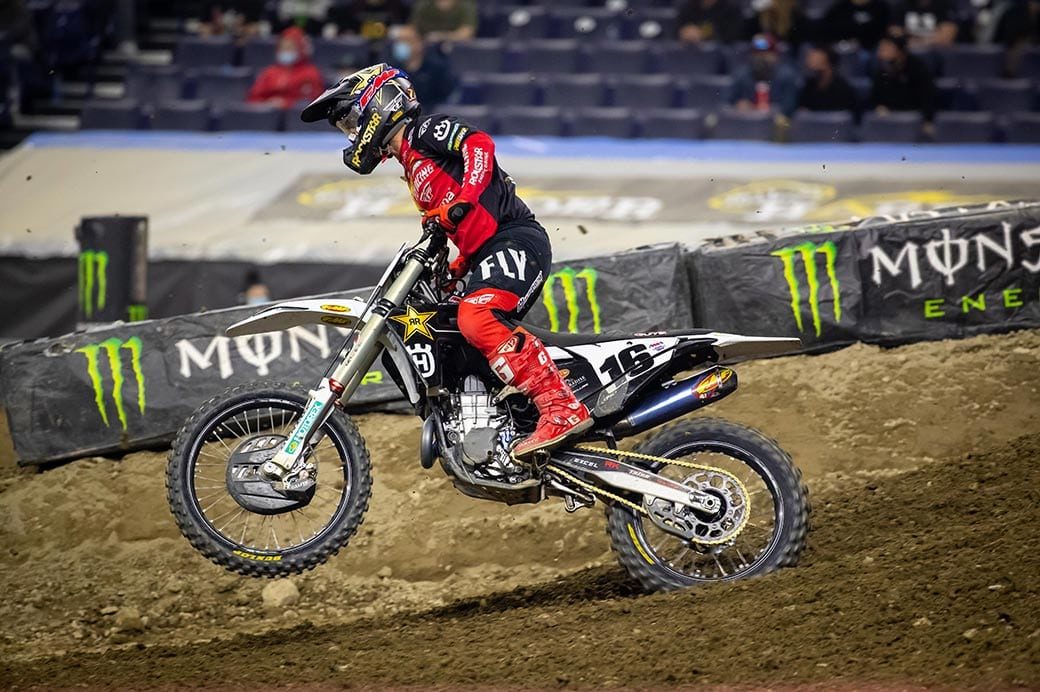 The Rockstar Energy Husqvarna Factory Racing Team wrapped up another jam-packed week of racing in Indianapolis with Round 6 of the 2021 AMA Supercross World Championship at Lucas Oil Stadium.

Jason Anderson, who missed the last round due to a finger injury, returned to the 450SX lineup on Saturday where he claimed a season-best finish of sixth in the premier class.

With only four days off between rounds, Anderson immediately went to work on rehabbing his dislocated finger so he could join team-mate Zach Osborne for the final round in Indy.

Anderson got off to a great start in 450SX Heat 2 and he battled for the lead early on lap one. He held onto second for the first three laps before ultimately securing a third-place transfer. 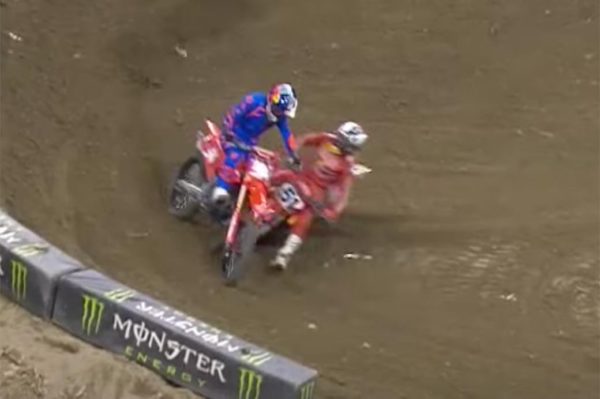 In the Main Event, Anderson got a ninth-place start and he worked his way up to eighth just after the halfway point. The 2018 450SX Champion maintained a steady pace in the final laps to pick up two additional spots for a sixth-place finish.

“My night went decent, I was just pumped to be able to do enough therapy on my finger to be able to race tonight,” Anderson said. “I had a better heat, which made myself feel a little bit better and we did some suspension work.

“In the Main, I didn’t get that great of a start but I was able to get better and move through the pack. I’m slowly getting better but not where we want to be, so we’ll get there.”

Osborne had a strong start to the night in 450SX Heat 1, grabbing a third-place start and mixing it up with the front-runners. He rode a sturdy pace to maintain that position all the way through the chequers, carrying a third-place transfer into the Main Event. He didn’t get the best start in the main, battling around the top-10 throughout the entire 26-lap race. In the end, Osborne secured 10th for the night.

“It was a little bit of a tough night,” Osborne said. “I didn’t get a start in the Main and it wasn’t one of my best rides of the season. Back to the drawing board this week, I have a few things I would like to really work on and focus on to be better for next weekend in Orlando.”

Team riders Dean Wilson and RJ Hampshire were absent from Round 6 as they continue to recover from injuries sustained early in the season.