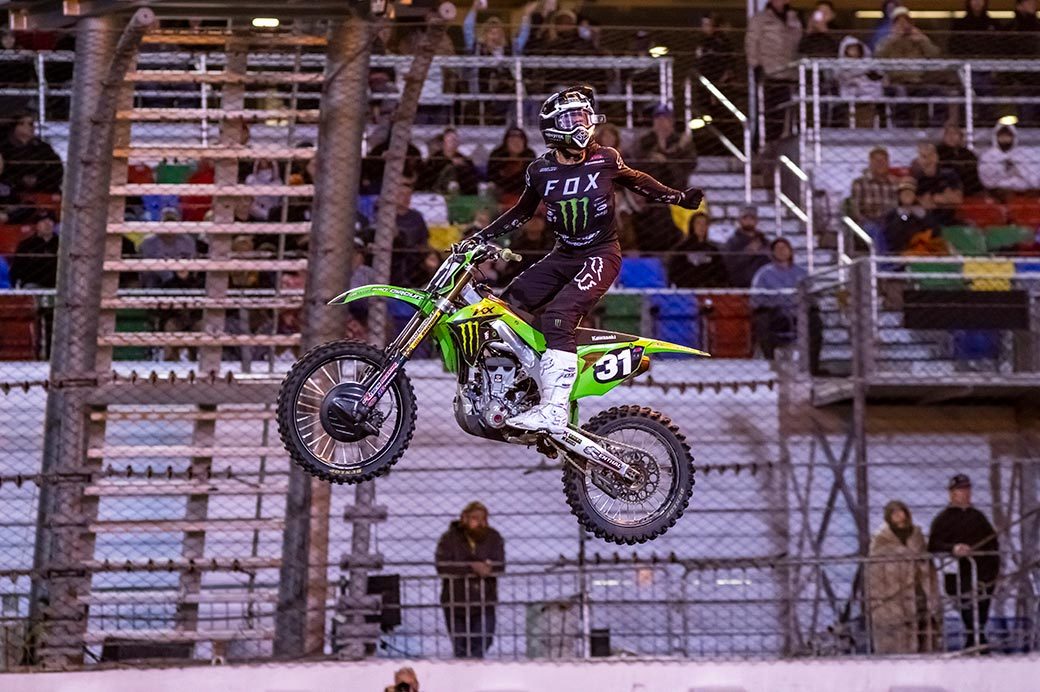 Monster Energy Pro Circuit Kawasaki’s Cameron McAdoo will roll into AT&T Stadium in Arlington, Texas, with the coveted red plate aboard his Kawasaki KX250 with high hopes of extending his point’s lead through the end of the three-round stay in the Lone Star State.

This will be the first time the Western Regional 250SX riders will experience a tripleheader at one venue, with three races taking place from March 13 through March 20. Team-mates Jordon Smith and Seth Hammaker had decent rides in Daytona, but were not satisfied and are looking to Texas to start checking off their goals for the season.

Round three through five will test the riders’ ability to recover and be at their best with a short turnaround time between each round. McAdoo is out to prove his capability on a true supercross track, while Smith and Hammaker are excited for another chance to showcase their speed.

Smith will be using the week between Daytona and Arlington to recover from an injury he competed with in Florida, while Hammaker is eager to race to his goal of a top-five in just his third professional race.

“Our team had an amazing Daytona and feel like we can take a lot of that momentum into Arlington,” said Team R&D Manager Zach White.

“We knew it was just a matter of time before we broke through and now we are doing whatever we can do to make sure our riders know they are capable of continuing the winning streak. Seeing Cameron get his first win was a real confidence booster and we hope it shows on the track in Texas.”