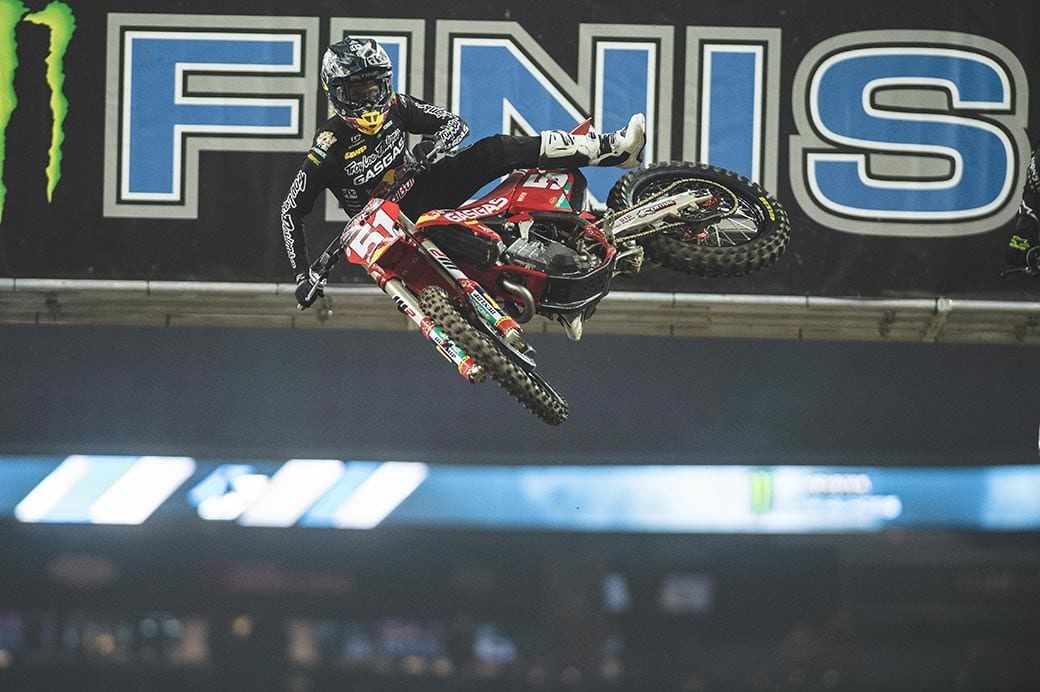 Fresh off a successful debut into the 2021 AMA Supercross Championship, the Troy Lee Designs/Red Bull/GASGAS Factory Racing Team was back on the gas for round two in Houston, Texas on Tuesday.

Barcia concluded the night with an impressive top-10 performance in the Main Event despite racing through a broken shifter and being limited to first-gear only. For Mosiman, a season-best fourth served as a positive stepping stone into the 2021 championship.

In Supercross racing, momentum is key and Barcia came into Tuesday’s race prepared to ride the wave as he lined up for round two at NRG Stadium.

He clicked off another holeshot in 450SX Heat 2 and it was right away that he established himself as the man to beat on the opening lap. Riding nearly a flawless race, the round-one winner backed up his performance with a second-straight heat race win.

In the Main Event, Barcia didn’t get a standout start and he was shuffled into a chaotic group of riders on the first lap.

As he was trying to break away, he got crossed up and clipped a tuff block, which caused his shifter to break off and he was stuck in first gear for the rest of the 20-minute plus one-lap Main Event. With obvious modifications required for his riding style, Barcia did what he could to salvage the remainder of the race, ultimately finishing ninth.

“I didn’t get a very good jump in the Main Event and we were outside the top-five pushing each other and I just cross-rutted a little bit, clipped a tuff block and ended up breaking a shifter off,” said Barcia.

“With my luck, it got stuck in first gear, so I did a lap and I was pretty nervous – I missed the triple. I tried the jumps in first gear but it was squirrelly when the dirt is sticky like that so I just salvaged what I could. I’m in it for the long-run so I just have to push through things like that when they happen.

“All-in-all, it’s not that bad of a spot, obviously would have liked to been out front tonight but it wasn’t my night.”

In 250SX Heat 1, Michael Mosiman got off to a second-place start and he pressured the race-leader early on. On lap four, he capitalised on a mistake by the leader and that’s when he made his way to the front.

Focused on settling his first-career heat race win, Mosiman also raced his way to history for GASGAS Factory Racing as he claimed their first 250SX heat race win in Houston.

In the Main Event, Mosiman grabbed a top-10 start and got to work charging through the pack. He remained within striking distance of the battles ahead and he picked riders off one-by-one until he sat just outside the podium battle heading into the final laps. He wasn’t able to make a dent in the podium battle but he finished strong to take home a fourth-place finish for the night.

“Getting a heat race win and a fourth on the night is a huge step in the right direction,” said Mosiman. “I’m excited it’s my first heat race win! it feels good to come across the line first, so I’m hoping for a lot more of that shortly. When you’re riding good everything else just comes easy and is fun.”

The Troy Lee Designs/Red Bull/GASGAS Factory Racing Team will enjoy three full days off from racing before getting on the gas this Saturday, January 23, for the final round at NRG Stadium in Houston, Texas. 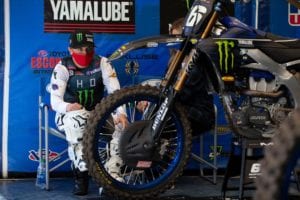 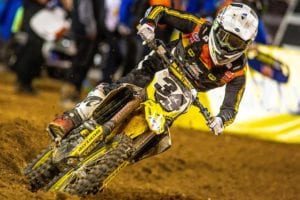 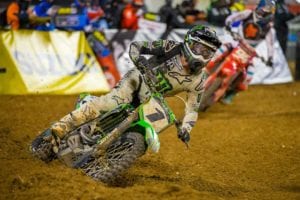 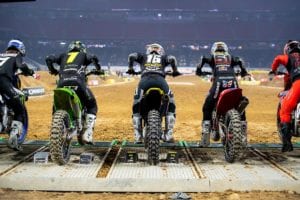 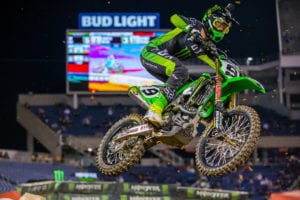