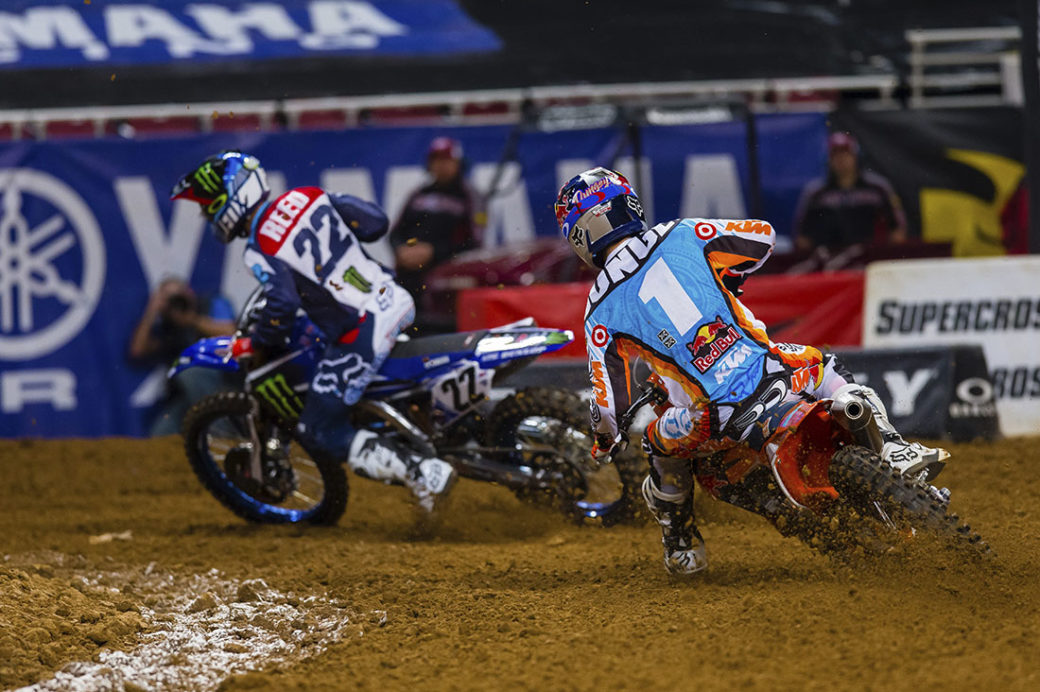 Chad Reed has been fined $5,000 and docked five points by the AMA for ignoring blue flags during Saturday night’s Monster Energy Supercross round in St Louis.

The incident happened in the Main Event when Reed, who was lying 16th, was about to be lapped by Ryan Dungey. It came at a crucial time in the race when Dungey was closing on race leader Eli Tomac.

Earlier in the day the pair almost came together in their heat race after an aggressive move by two-time champion Reed, prompting Dungey to question the Australian’s maturity in a TV interview.

“Things were really clicking for me,” he said. “Eli came out of the gate pretty strong, kinda started inching away and I felt like I was going to get better and I did. I found some new lines and started gaining back in on him and then I lost time.

“We were catching Eli and putting in some good laps. I don’t want to go too crazy into the topic – it’s definitely not ideal. I think everyone saw it. Eli gets around quick and easy and three laps go by and he’s in the groove and in the line.

“It’s hard to pass and it’s almost like if you’re a lapper you’ve got to move over and I just don’t know why he’s got to get involved with me and Eli’s position. If he was on the same lap I’d understand but he’s a lapper and it’s just unfortunate but what do you do?”

Whether or not Dungey would have caught Tomac is open to debate but he went from around one-and-a-half seconds behind to almost six seconds in arrears once Reed finally moved over.

Reed’s fine was donated to the Alpinestars Mobile Medical Centre. No appeal from Reed or his team has been filed.