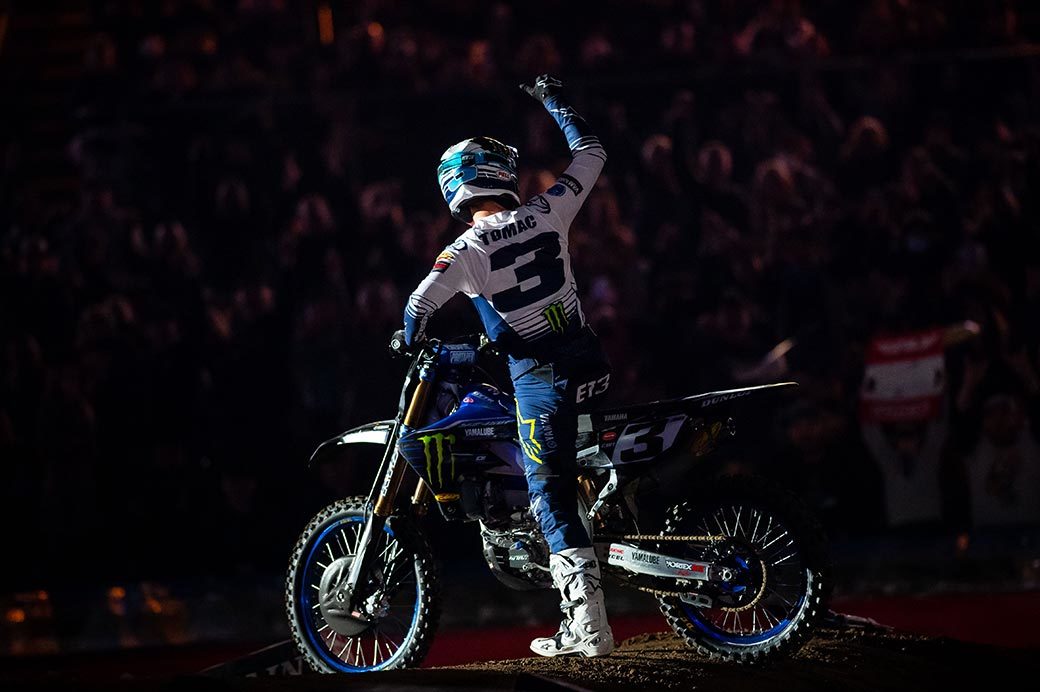 The Monster Energy Yamaha Star Racing athlete had a fantastic Supercross season, winning seven of 17 races with his new team, including four additional podium finishes, while claiming his second Supercross championship. Tomac’s seven race victories in 2022 brought his career total to 44, landing him in a tie for fourth with Chad Reed on the all-time Supercross wins list.

This year marks the 30th iteration of the ESPY Awards, which will be broadcast live on Wednesday, July 20 at 8:00pm ET on ABC from the Microsoft Theatre in Los Angeles, CA. Sports fans can vote across 35 categories for their favourite athletes, plays and sports moments from this past year.

Winners will be announced on Wednesday, July 20 live from Los Angeles, California on ABC.