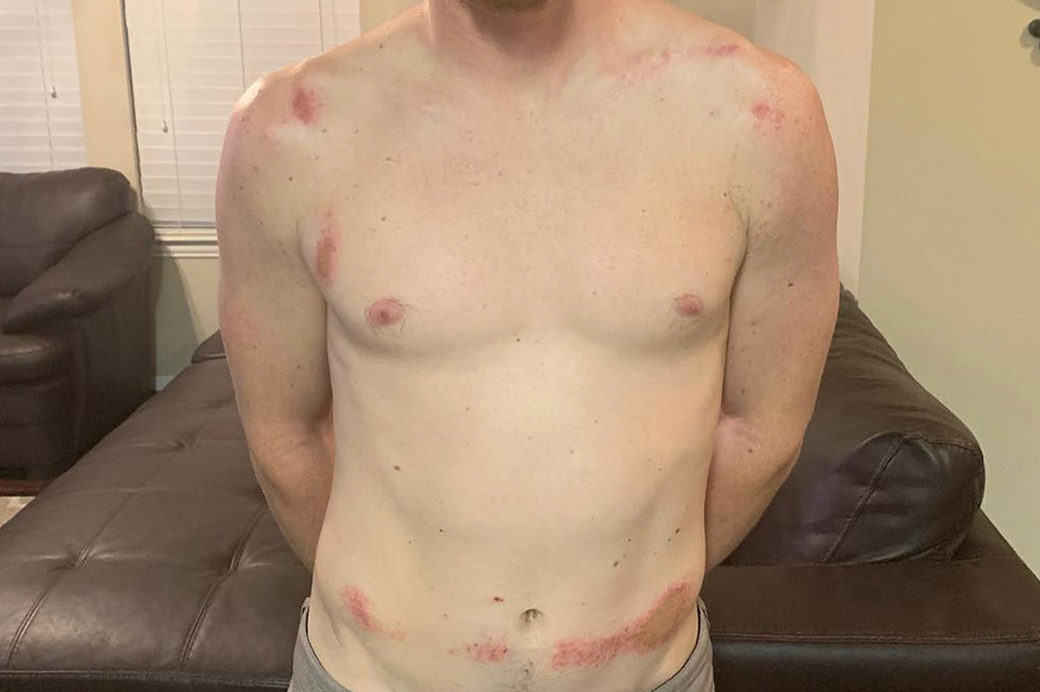 Seems like those good old AMA Supercross boys dropped a clanger at the weekend when they decided to try and dry their sodden racing surface by allegedly chucking a few bags of lime down. While lime is fairly adept at drying out muddy dirt it’s also really amazing at causing burns on skin and ultimately lots of riders suffered with blisters, burns and other assorted sore bits.

A long list of riders – including Ken Roczen, Tyler Bowers, Vince Friese, Alex Ray and Vann Martin – took to social media to have a good old moan about it and show off their war wounds. The damage wasn’t limited to bodies either and the lime-infused dirt ate away at many aluminium and titanium parts on the racer’s machines.

Of course, this is not the first time that this sort of thing has happened and the organisers of the Belgian GP at Spa Francorchamps made a similar boo boo back at the turn of the century and several riders suffered burns.

I suppose back in the day it was less of an issue but in today’s blame/claim culture you just can’t get away with this kind of stuff. Already lots of AMA riders who competed at San Diego are saying it’s totally not acceptable and want something to be done about it aka receive some kind of financial compensation.

I’ve never thought too much about it but I assume that when supercross dirt is acquired it should be checked to ensure that there are no nasties – such as lime – in it. Whether it is or not remains fact unknown but you’d think that the chemical composition of the soil would be as important as it being clear of bricks, nails, broken glass, intravenous needles and mafia body parts.