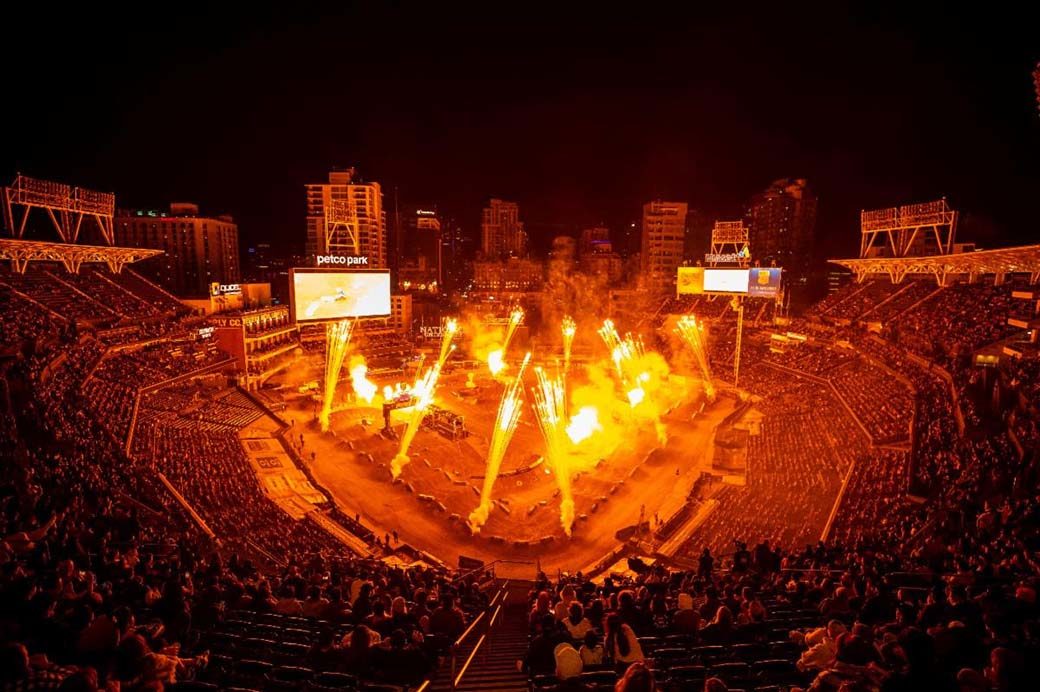 Sexton’s victory marked the third different winner in as many rounds of the 2022 Supercross series.

Monster Energy Star Racing Yamaha’s Eli Tomac followed Sexton over the line with his best finish of the year, moving the 2020 champion into the points lead. Tomac’s teammate Dylan Ferrandis also nabbed his first podium finish of the year with a charge forward from a mid-pack start.

Sexton grabbed the holeshot in the 450SX Class Main Event but gave up the early lead to Red Bull KTM’s Marvin Musquin. Three minutes into the 20-minute plus one lap race, Sexton cut back under Musquin and from there steadily pulled away from the pack.

Behind him, Tomac pushed past Musquin but could not gain on Sexton on the slick San Diego soil. Defending champion Red Bull KTM’s Cooper Webb and opening-round winner Team Honda HRC’s Ken Roczen traded positions as they both overtook Musquin before five minutes had ticked off the clock. 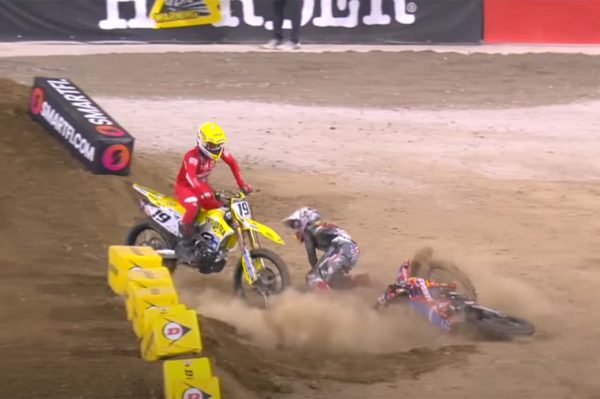 Round two winner Monster Energy Kawasaki’s Jason Anderson was on the move early. He made quick passes on his way forward and took advantage of a tip-over by Roczen. Anderson found his way into second at the race’s halfway point and looked to have the track speed to reel in Sexton. Then smoke began to seep from his bike. As power drained from his engine the 2018 champion was forced to limp his bike to the finish, eventually carding eighth place.

Anderson’s setback handed Tomac and Ferrandis each their first podium finishes of the year. It earned Tomac enough points to push the Yamaha rider into the championship points lead. Webb put in a late charge on Ferrandis but did not have enough time and settled for fourth. Right on Webb’s rear wheel at the end, Rockstar Energy Husqvarna Factory Racing’s Malcolm Stewart duplicated his best finish of the season with a fifth-place result.

The incredible parity of the season has Tomac in the points lead with no wins, and Webb tied for second place, only one point back, also with no wins yet. Sexton shares second spot with Webb courtesy of his San Diego victory. Sexton was the fifth different San Diego winner in the last five races at the venue. Three rounds into the 2022 season only 14 points separate the top 10 riders, making 2022 the closest title chase in the sport’s history at this point in the series. 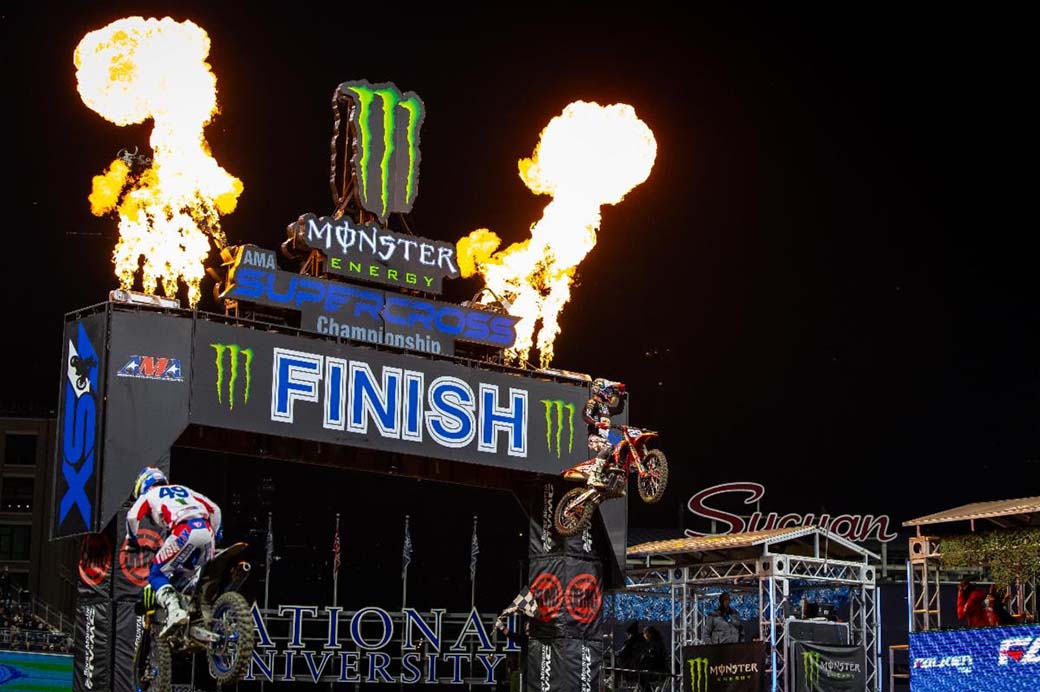 In the Western Regional 250SX Class, Michael Mosiman grabbed the holeshot ahead of a first turn pile-up that collected several of the class’ top racers.

Team Honda HRC’s Hunter Lawrence pulled in right behind and paced Mosiman for much of the Main Event. 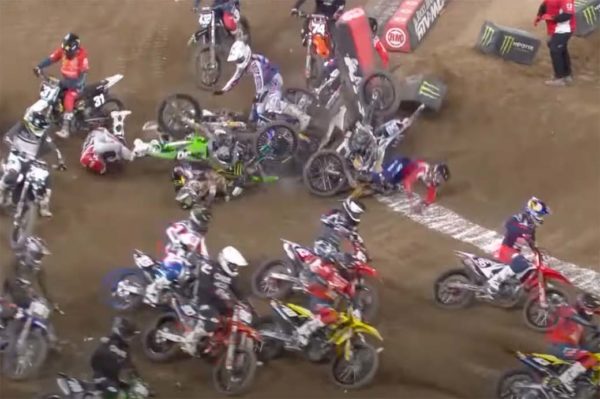 After a few looks at the lead, and with less than two minutes left on the race clock, Lawrence got sideways in the whoops then crashed into the back of Mosiman’s bike and went down. Lawrence remounted but Mosiman held on for his first 250SX Class victory.

The stadium crowd split its attention between the battle for the lead and the heroic charge of Monster Energy Star Racing Yamaha’s Christian Craig.

Caught up in the first turn pile-up, Craig was the last rider to remount. He advanced 19 positions and salvaged a podium finish to retain his points lead.

Also on the ground in turn one, Monster Energy Pro Circuit Kawasaki’s Jo Shimoda made a great charge of his own, reaching fifth by the finish.

The 17 round series heads north for Round 4 and the second of three 2022 events inside Angel Stadium of Anaheim in Anaheim, California.