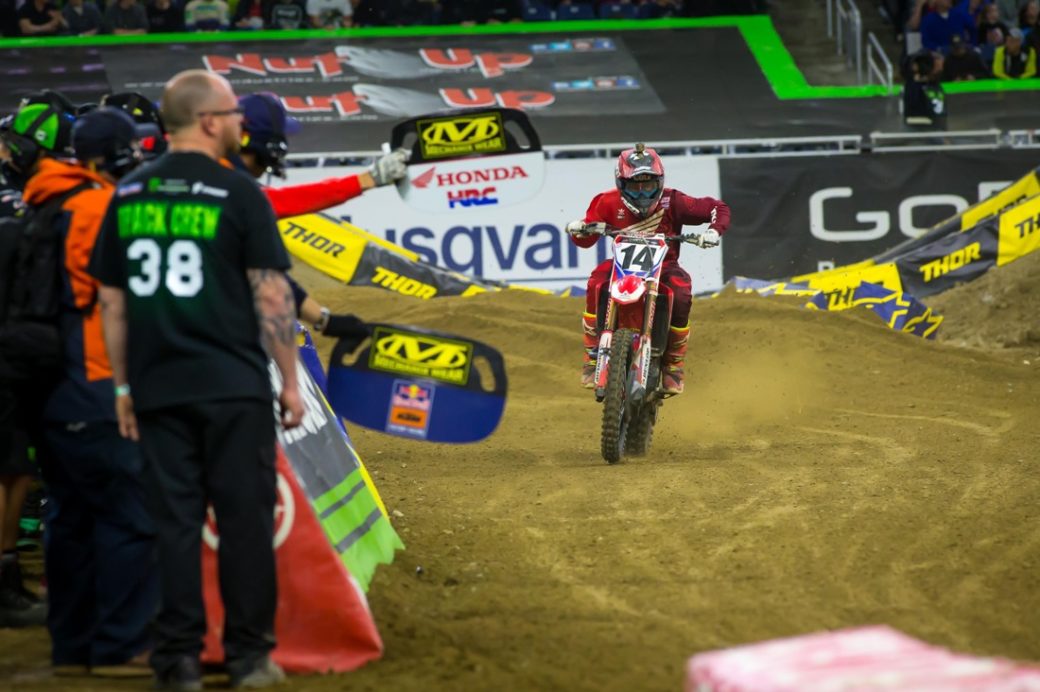 Team Honda HRC’s Cole Seely had a tough time at round 12 of the Monster Energy Supercross series in Detroit after getting taken down in the first corner of the Main Event.

He swiftly remounted but the damage was done and he could only advance from 16th on the first lap to 10th at the end of the 20-minute plus one lap race.

“Tonight is such a bummer, mainly because I felt so good all day,” he said. “I had a good practice and was only four-tenths off first, then got off to a great start in the heat race and won that pretty easy. I felt like I was in control of the heat race, didn’t make many mistakes and was just able to put down some solid laps.

“Unfortunately, in the Main Event I got hit from behind in the first turn and ran into [Dean] Wilson pretty hard on my way to the ground. It was completely out of my control. When you get off to a bad start and pick up the bike in 20th it’s hard to push forward.

“Once I got into 10th I was in no-man’s land with nobody close in front of me so it was hard to try and make up more ground. I’m just disappointed – I really felt like a good night was coming my way.”