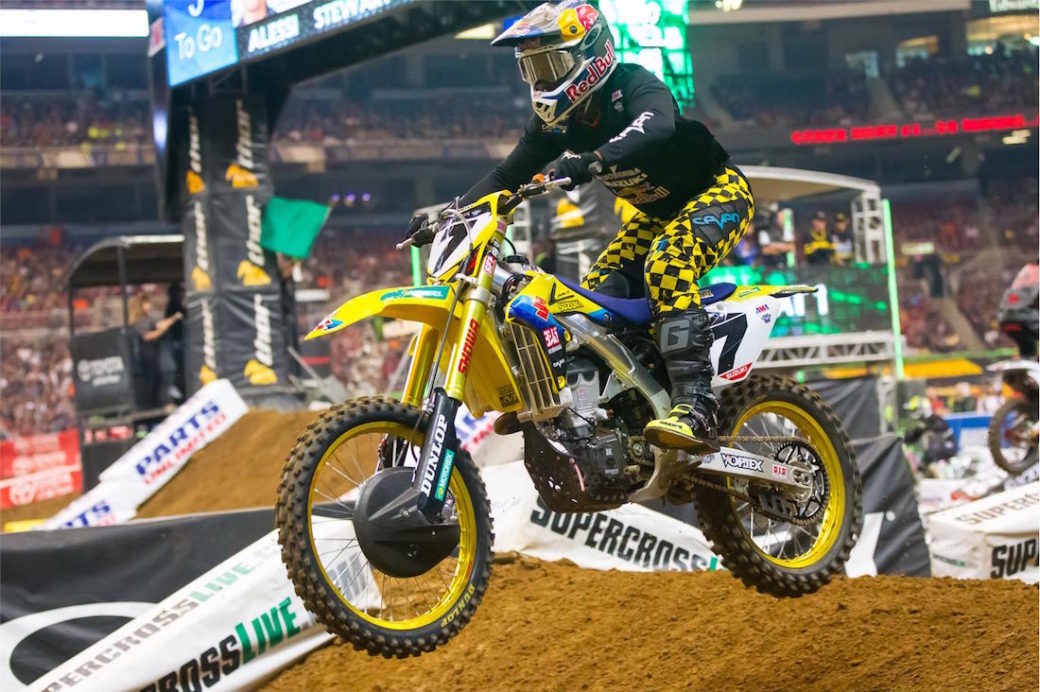 Yoshimura Suzuki Factory Racing’s James Stewart will sit-out the final three rounds of the Monster Energy AMA/ FIM World Supercross season to focus on preparing for the start of the 2016 Lucas Oil Pro Motocross Championship, which kicks off on May 21 at the Hangtown Motocross Classic in Sacramento, California.

“James has a hairline fracture in his ankle and he aggravated his back injury from his Daytona crash last week in St. Louis,” said Yoshimura Suzuki Team Manager Mike Webb. “Clearly, he needs time to heal and get ready for Hangtown.”

Stewart has been battling injury for most of the Supercross season. Despite his setbacks he’s shown flashes of his characteristic speed and he said that even though everything in him wants to be at the final Supercross rounds, he recognises it’s the best decision.

Said Stewart: “I want to be out there racing. My fans and sponsors are important to me, but ultimately I need to focus on getting completely healed-up and be solid and ready to go the next time I roll-up to the starting gate at Hangtown.”

Team-mate Blake Baggett, also battling nagging injuries through a tough season, is slated to race the final three rounds of the Supercross series, including this Saturday’s race at Gillette Stadium in Foxborough, Massachusetts.