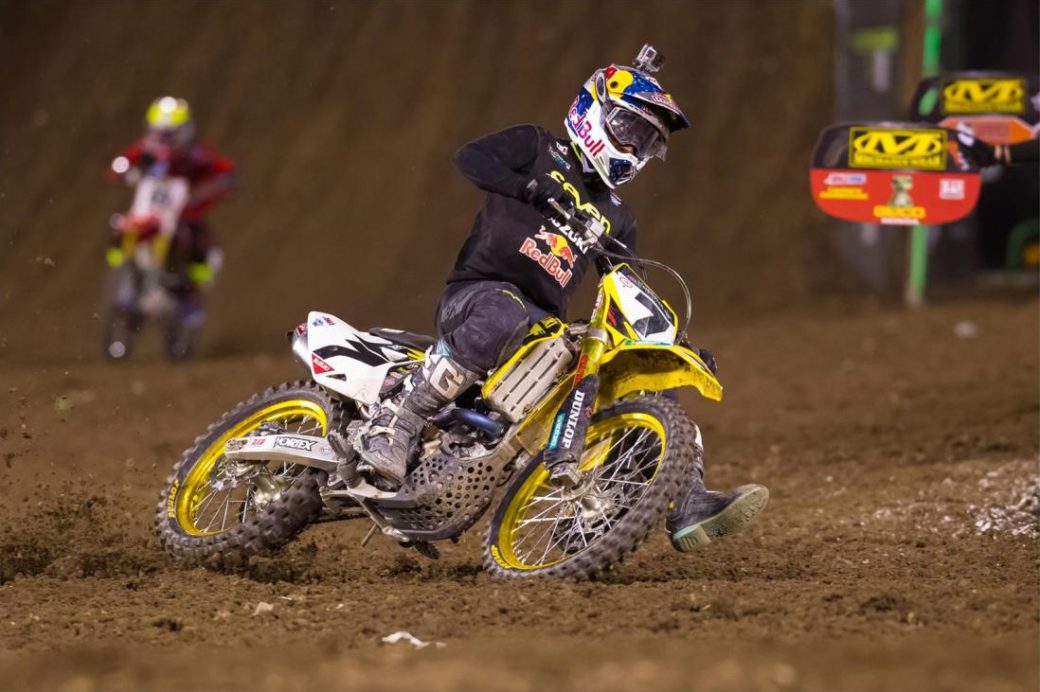 Stewart was briefly knocked unconscious in the season opener at Anaheim I on January 9 while running near the front early in the main event. He began feeling better during the week and underwent and passed neurocognitive and concussion management testing Friday afternoon.

He hopes to return at Anaheim II this coming Saturday, but his status remains day to day.

“We went through the process with the testing and he passed with flying colors,” explained Yoshimura Suzuki Team Manager Mike Webb. “I talked with the Asterisk Medical guys and they said clearly there was no issue with the testing. We left it up to James to feel it out and tell us how he felt once the blood got pumping and the adrenalin gets going. The first session he was OK and picking up the track, but in the second session he just wasn’t comfortable. There was no way we were going to take a chance with his health. We want him to take a couple more days of recovery and we’ll get him back on the bike later in the week.”

It was a trying weekend for the Yoshimura Suzuki squad, which is already missing its other rider Blake Baggett, who continues to recover from pre-season injuries, yet the team remains upbeat about its prospects and looks forward to good results once both Stewart and Baggett are back fully healthy and racing.