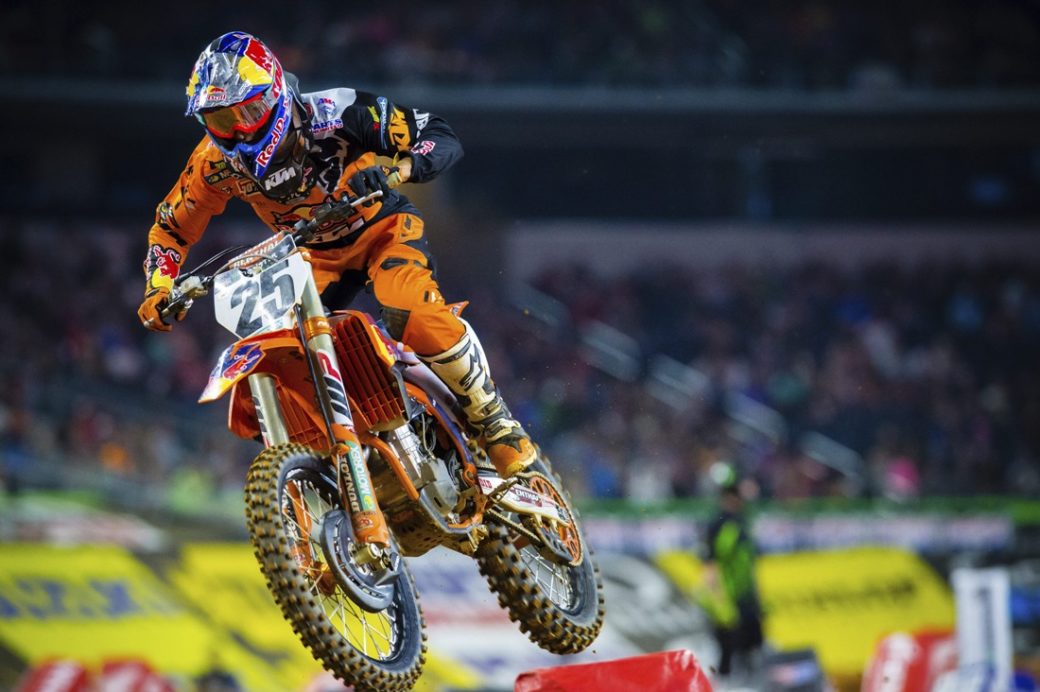 Just seven weeks into 2017 and we’re all set to sign off the first major championship of the year as the Arenacross Tour reaches a climax inside London’s Wembley Arena on Saturday night!

This year’s tour has been fairly bonkers in terms of race results with five different Main Event winners and four different championship leaders over the course of the six rounds held so far.

And even now with just the finale left to go there are still five guys in with a real shot of lifting the crown.

Despite being an up n’ down kinda year in terms of points, the mood inside the pits has been relatively calm with little to no bad blood brewing over the course of the series.

I believe this is mostly down to the fact that the Head-to-Heads have been dropped for the leading contenders and are now used in place of the LCQ, which itself created ill-feeling amongst the riders due to its short, sharp, do-or-die nature that made getting a good start totally vital.

As well as the lightened mood another positive is that there has also been a complete lack of Pro Class injuries this year.

Okay, Cyrille Coulon tweaked a knee which put him out of contention for the championship but on the whole it’s been a really safe series all-round with only fans of click-bait crashfest highlight reels left disappointed.

The AMA Supercross series on the other hand… Holy moly!

That is one championship that puts its riders through the ringer and then some!

Last weekend’s round in Arlington, Texas created more horrific crashes than a decade’s worth of Russian YouTube dash cam video compilations and the series as a whole has seen more of its protagonists go under the knife in 2017 than the entire cast of Hollywood Exes has over the last three seasons.

Whatever that is *whistle nonchalantly*… Seriously though does Supercross really need to be so technical?

Even if conditions had been perfect the layout would have tested the SX elite but chuck in soft soil, ruts and slick patches and you’ve got a recipe for disaster.

To be honest, it’s no wonder a European rider won as his finesse outshone those knucklehead Yanks over the course of the 20-minute plus one lap Main Event.

I don’t actually believe that all American supercross racers are knuckleheads by the way it’s just that my publicist has seen the following Katie Hopkins has on Twitter and has suggested that I come out with some equally ridiculous comments to hers in order to boost my number of followers on social media.

It’s well worth joining if you, like me, enjoy reading ancient race reports from years gone by.

He’s probably horribly breaking a million and one copyright laws but shhhh, if you don’t say anything then neither will I.