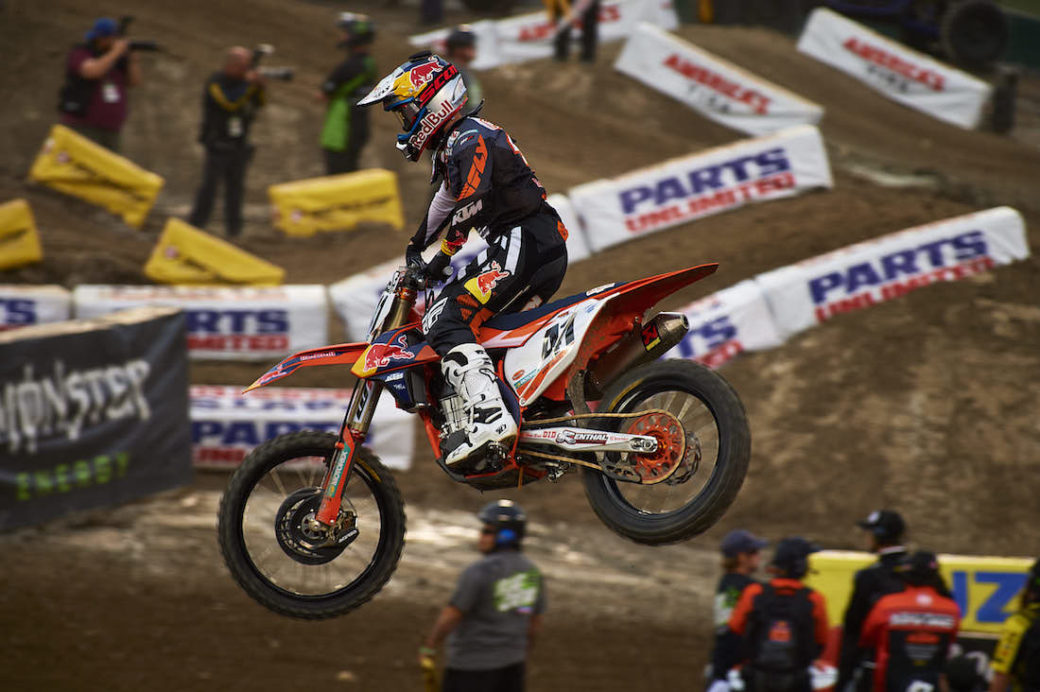 Trey Canard will sit out the rest of the 2017 Monster Energy Supercross Series in order to get back to full health again.

The Red Bull KTM Team rider has been dealing with a virus the past few weeks and since he is not in title contention, Canard says he wants to start prepping for the outdoor championship.

“I am extremely saddened to sit out the rest of the series; it has been a disappointing season for me to say the least,” Canard said. “I’ve been dealing with severe fatigue issues and need to figure my body out so that I can race at 100% not only for myself, but for everyone who continues to support me.

“Competing at the level we do requires you to be at your healthiest in order to remain competitive and safe on the track. I just don’t feel like I’m there and I think its best I fully recover so I can give the outdoor series my undivided attention.

“I want to thank everyone for being so understanding and assure those who continue to believe in me that I will do everything within my power to be at my very best as soon as possible.”

Red Bull KTM Factory Team Manager, Roger DeCoster, said, “We fully support Trey’s decision to focus on getting healthy and turn his effort toward being ready for the motocross season.

“We look forward to being able to get an early start on motocross testing with Trey to make sure he along with his teammates have their KTM 450 SX-F’s dialed-in from the start of the series.”