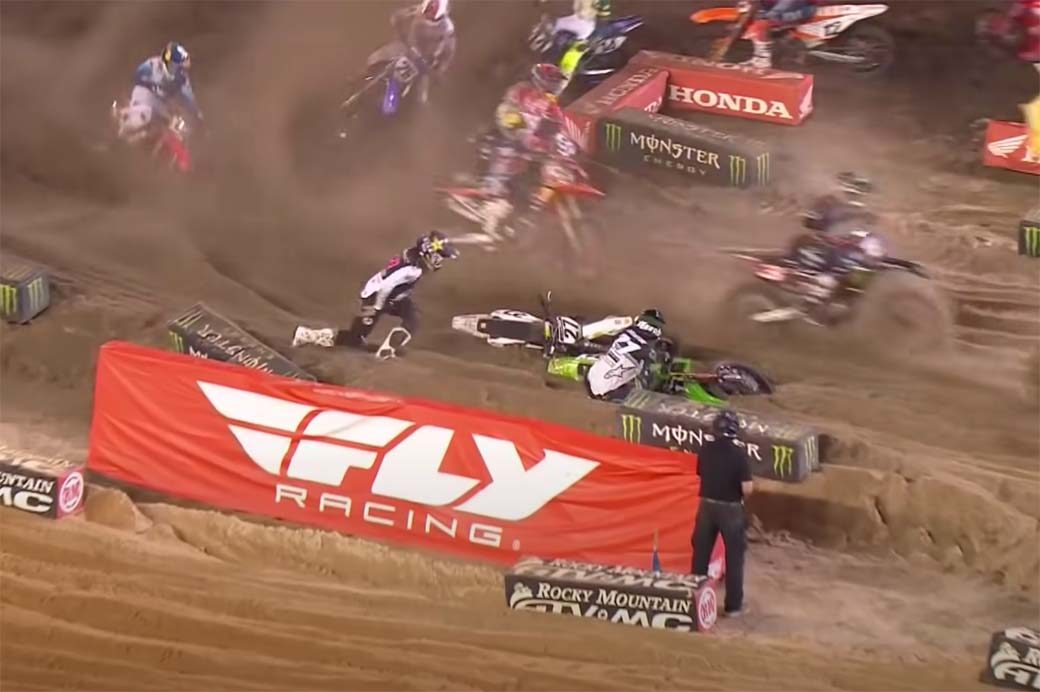 In a move labelled “retribution” by Rick Carmichael, Malcolm Stewart took out 450SX title contender Jason Anderson at the Daytona Supercross round on Saturday night.

At turn two in the Main Event (not shown in this clip), KRT’s Anderson caught red plate holder Eli Tomac, who in turn then bumped Stewart – pushing the Husqvarna factory rider off the track. The next opportunity Stewart had he ploughed Anderson, taking them both down, which ruined any chance of a podium or win in the process.

Commenting on the incident, Carmichael called it as retribution for the crash involving the pair in Arlington the week before.

Big brother James Stewart warned during the week that Mookie was coming for El Hombre – he wasn’t wrong.

Tomac would go on to win, break Carmichael’s Daytona win record and now carries a mighty 18-point lead into round 10.