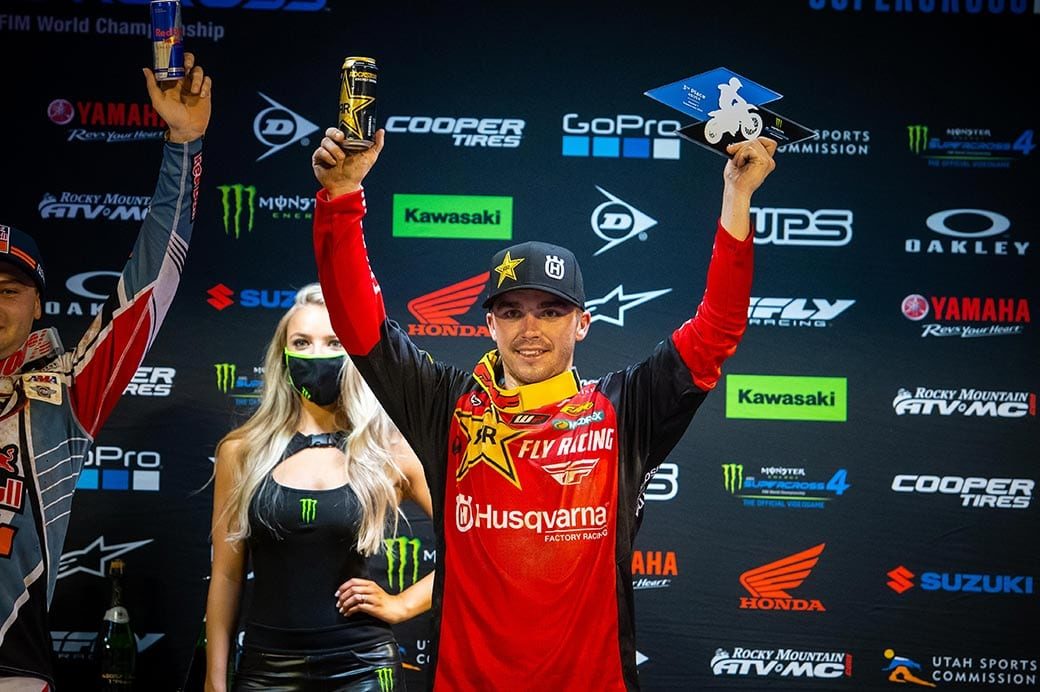 Rockstar Energy Husqvarna Factory Racing’s Zach Osborne raced his way to a podium finish on Saturday with a tenacious performance at Round 7 of the 2021 AMA Supercross World Championship in Orlando, Florida.

Osborne kept his eyes on the prize all day long, despite battling through some challenges during qualifying.

In 450SX Heat 2, Osborne got off to a seventh-place start and he battled between seventh and eighth throughout the race, ultimately securing seventh. In the Main Event, he completely changed the trajectory of his day as he shot off the line to capture the holeshot and early lead.

While out front, Osborne made a mistake coming out of the whoops and he dropped back to fourth early on. He fought back into podium contention late in the race and put in a strong finish to claim his first podium of the season with third.

“It feels so good to get back on the podium and kind of find some mojo tonight,” Osborne said. “It felt good to get a start, that’s where I have really been struggling. It felt so good to get out there out front, getting in some clean air and breathe a little bit. I am super grateful to be up here.”

Anderson, the seventh-place qualifier, had a great start to the night as he put himself up front early in 450SX Heat 2. He rode most of the race in third but he made his move into second late in the race to earn a season-best heat-race finish of second.

In the Main Event, Anderson got off to a mid-pack start and he battled his way up to sixth later in the race. With the top-five battle within reach, Anderson made a mistake and came together with another rider which dropped him back a few spots to finish eighth.

“It was an improvement all around for me today,” Anderson said. “My practices were better and my racing was quite a bit better, so If I could get a start it would help my results.

“In the Main Event, I got up there after a not-so-good start and got behind Tomac in sixth but I came together with someone, it was more my fault than anything, and dropped back but we’ll move on to next week and keep progressing.”

Dean Wilson lined up for Round 7 after missing the last three rounds due to a broken toe.

Wilson found his speed early in the day with a season-high qualifying position of eighth but he eased his way back into racing after being off the bike. In 450SX Heat 1, he started around 13th and he made a nice charge up to 10th but it wasn’t enough to secure a direct transfer into the Main Event. Wilson lined up for the LCQ where he grabbed a second-place start and quickly overtook the lead on lap two.

With a steady ride, Wilson won the LCQ and secured a spot in the Main Event.

He put together 25 solid laps in the main, fighting his way back from a rough start to ultimately finish just outside the top-10 with 12th.

“My night was very difficult but it feels really good to be back at the races,” Wilson said.

“I think the hardest part for me was not being on the bike for almost three weeks, I felt like a fish out of water. I’m happy to get through the night, I know 12th isn’t really what we want but I could see ninth right there and with a good start, I think I’ll be pretty good.” 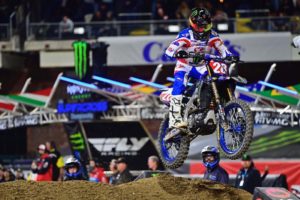 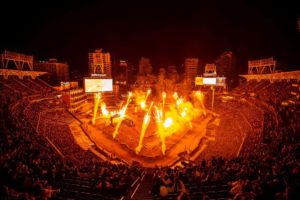 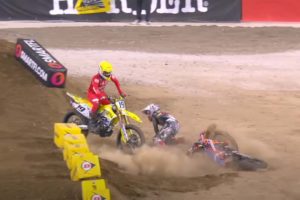 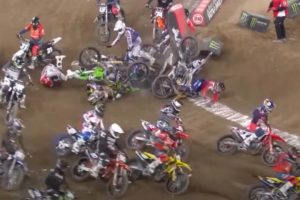 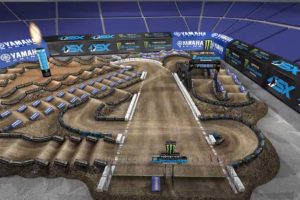