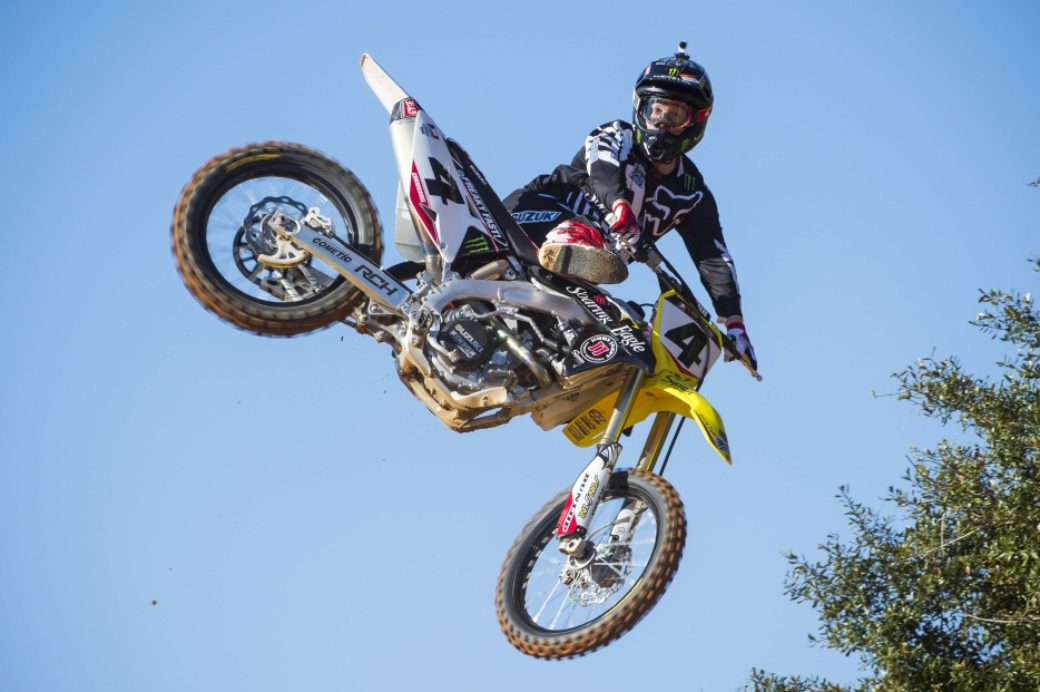 AMA legend Ricky Carmichael comes out of retirement this weekend (November 28-29) to take on Chad Reed in a head-to-head race at the Australian Open of Supercross.

The 35-year-old, a five-time AMA SX champion, retired from the sport at the end of the 2007 season to pursue a career in car racing.
“I’m pumped to be heading to Sydney to ride at the AUS-X Open in front of a packed-out Aussie crowd as well as alongside Australia’s greatest rider in Chad Reed,” said Carmichael.
“The track looks insane and the fans are going to be in for an awesome show. It will be really cool to be a part of it across both days.”
The Carmichael-Reed one-on-one race has been created especially for the event. In their heyday the pair were fierce rivals with Carmichael narrowly beating the Aussie – himself a two-time AMA SX champ – to the supercross title in 2003, ’05 and ’06.
Carmichael will be joined inside the Allphones Arena at Sydney Olympic Park by fellow American Cooper Webb but a question mark remains over the attendance of James Stewart.
Stewart was scheduled to race Down Under, then said he wasn’t going before apparently changing his mind again. However, he then injured his knee at the recent Paris Lille SX.
“We have fought long and hard on behalf of the fans to ensure James Stewart competes or at the very least attends the AUS-X Open Event this weekend,” said Event Director Adam Bailey. “We have had a binding contract with him since March to compete but not formally heard from James Stewart, his management or his team since his accident in France.
“We are using all endeavours to ensure he honours his agreement and attends the AUS-X Open.”
AUS-X Open Ricky Carmichael