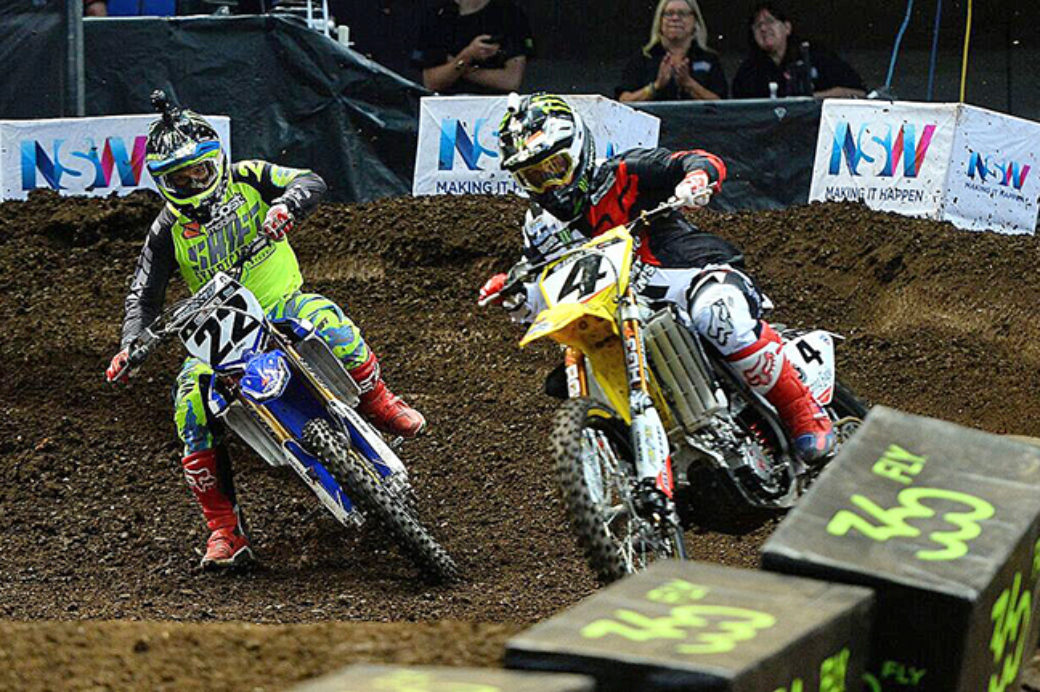 Webb and Reed laid it all on the line in front of a packed Allphones Arena crowd with the pair going toe-to-toe in an epic last lap thriller.

The 20-year-old from North Carolina was pumped to take out the inaugural AUS-X Open crown after his first trip downunder.

“I’m stoked to be crowned the AUS-X Open champion in Sydney, It was a crazy race to say the least!” Webb exclaimed.

“I knew it was going be a tough race to win, you know Chad’s the fastest guy here and I knew he was going to be extremely hard to beat but I just put my head down and tried to be smart and I held him off, barely.”

Beamed live across the nation the SX1 final was a pure spectacle with the lead chopping and changing throughout the event thanks to the effectiveness of the 360fly by lane.

“Win or lose it’s a win for me this weekend and thanks so much to the fans out here for making the AUS-X Open such an awesome event,” said Reed.

“This event is a real boost for Supercross in Australia and I just want to thank Ricky Carmichael and Cooper for coming out and most importantly the fans who came down to Sydney or watched the broadcast on 7mate, it’s been an awesome weekend back home.”

In the Monster Energy ‘best trick’ competition Australia’s Jackson ‘Jacko’ Strong lit the stadium alight with a hectic frontflip that had the crowd in a frenzy.

The nostalgic showdown between Chad Reed and Ricky Carmichael was reignited, with Reed defeating his idol again after a late race dive on the final lap secured him the win in their 3 lap, head-to-head battle.

“It was an exciting weekend and you couldn’t have asked it to turn out any better than the way it did, especially considering the circumstances and the whirlwind the AUS-X Open went through with people dropping out at the last minute, so it was a really fantastic event,” said Carmichael.

“The fans were fabulous and personally they gave me an incredible welcoming and I’m thankful for the opportunity and hope to be back here in Sydney again.”

Jimmy Decotis stormed to his second SX2 Final victory at the AUS-X Open this afternoon in an intense 15-lapper that saw Jackson Richardson recover from his first lap off to finish second.